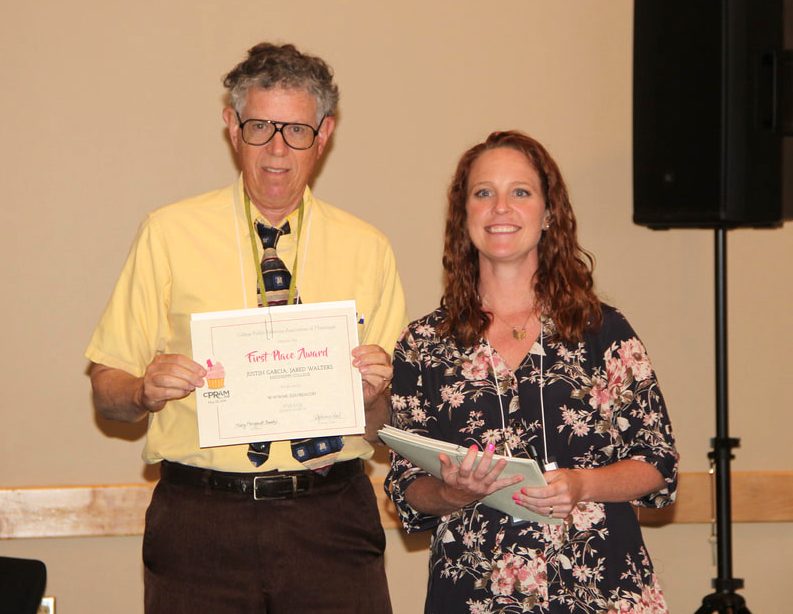 Leaders with the College Public Relations Association of Mississippi announced the awards for MC’s alumni publication at a May 22 conference in Ridgeland.

The awards were presented at the CPRAM conference at the Holmes Community College Ridgeland campus. The announcement Tuesday came just weeks after the Baptist Communicators Association handed the “Beacon” several No. 1 awards at its national conference in Alexandria, Virginia.

Packed with photographs and featuring stories showcasing the work of family missionaries around the world as well as graduates across the USA, “Beacon” reaches more than 30,000 MC alumni. Stories closer to home touch on the notable achievements of MC faculty, staff, students, alumni and other school supporters.

An MC graduate, Harrison serves as public relations director at the Baptist-affiliated university. “I am thrilled to see our talented team receive these latest awards at the 2018 CPRAM conference.”

CPRAM officials hand out similar awards for the state’s 15 community and junior colleges.

The MC Office of Public Relations staff as well as other members of the team are wrapping up work on the July 2018 edition of the “Beacon.”

Harrison orchestrates the assignments along with her team based at Nelson Hall on the Clinton campus. A big assist come from contributing editor Marlo Kirkpatrick and designer Alecia Porch.

Photographer Robby Followell (a 2007 MC graduate) supplied the magazine’s beautiful pictures. His photos of the Cathedral of Salamanca in Spain graced the cover of the publication’s Fall 2017 edition. Robby owns a thriving photography business in Clinton.

Other members of the “Beacon” team include university web developers Justin Garcia and Jared Walters, and Along College Street editor Andy Kanengiser. Hannah Wallace (Class of 2006), Amy Rowan (Class of 1985) and Lisa Williams compile the class notes section for the “Beacon.”

Another first-place award from CPRAM leaders in late May went to Hannah Wallace and Jared Walters for combining on a social media campaign highlighting MC’s study abroad program. The award was in the new media/social media category for Mississippi’s senior colleges.