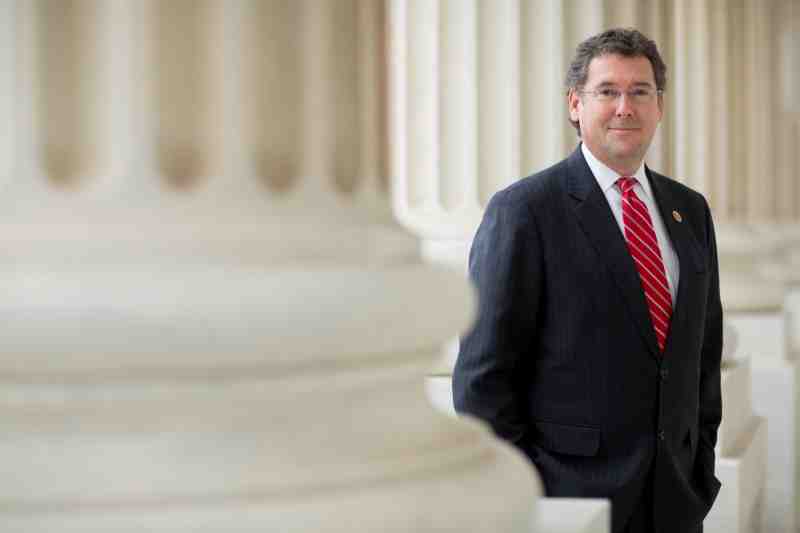 In late October, leaders of the National Council on Disability recognized the Mississippi College graduate for his service in that arena.

Harper received the Toward Independence Award from the Washington-based
organization. The independent federal agency advises the U.S. president, members of Congress and others on policies affecting people with disabilities.
Founded in 1978 as a small advisory council in the U.S. Department of Education, the
organization in 1986 recommended the Americans with Disabilities Act.

On Capitol Hill, Harper established the Congressional Internship Program for Individuals with Intellectual Disabilities. Harper and his wife, Sidney, are quite familiar with the issue. Their son, Livingston Harper, pursued his education at Pearl High and in college despite special needs challenges that remain today.

The Third District congressman received the award from council chairman Neil
Romano. The honor was presented at an October 22 program at the Mississippi Civil
Rights Museum in Jackson.

Harper graduated from Mississippi College with a bachelor’s degree in chemistry in
1978, the same year the National Council on Disability was founded. He later graduated
from the University of Mississippi Law School. The Pearl High alumnus practiced law for
27 years in Rankin County before getting elected to Congress.

After arriving in Washington, Harper said he wanted to give families like his own “a
sense of hope and the knowledge that someone in Congress personally understood the
special needs that they had.”

Organizations like the National Council on Disability, the National Down Syndrome
Society and National Fragile X Foundation have provided much help along the way.
In Congress, “we have worked diligently for equal opportunity for people with all kinds of disabilities,” Harper said. The work is being done so “they might share the same experience that we all strive for and too many take for granted,” he said.

Harper, who didn’t seek re-election to his post in Washington, will step down when his
term ends in early 2019. The 61-year-old Republican served five terms in Congress.
During his tenure in Washington, it’s been “an honor and privilege to work with the
disability community.”

While progress seems slow at times, the Mississippian points to gains taking place.
Harper believes “great progress has been made and will continue.”

Harper recently received another major award. He was presented with the Order of the
Golden Arrow Award at Mississippi College’s 2018 Homecoming on October 26. The
honor came from the MC National Alumni Association at Friday evening’s dinner on the
Clinton campus. It goes to individuals for outstanding personal achievements during
their careers. The award salutes people for exceptional performance or leadership that’s
truly extraordinary.