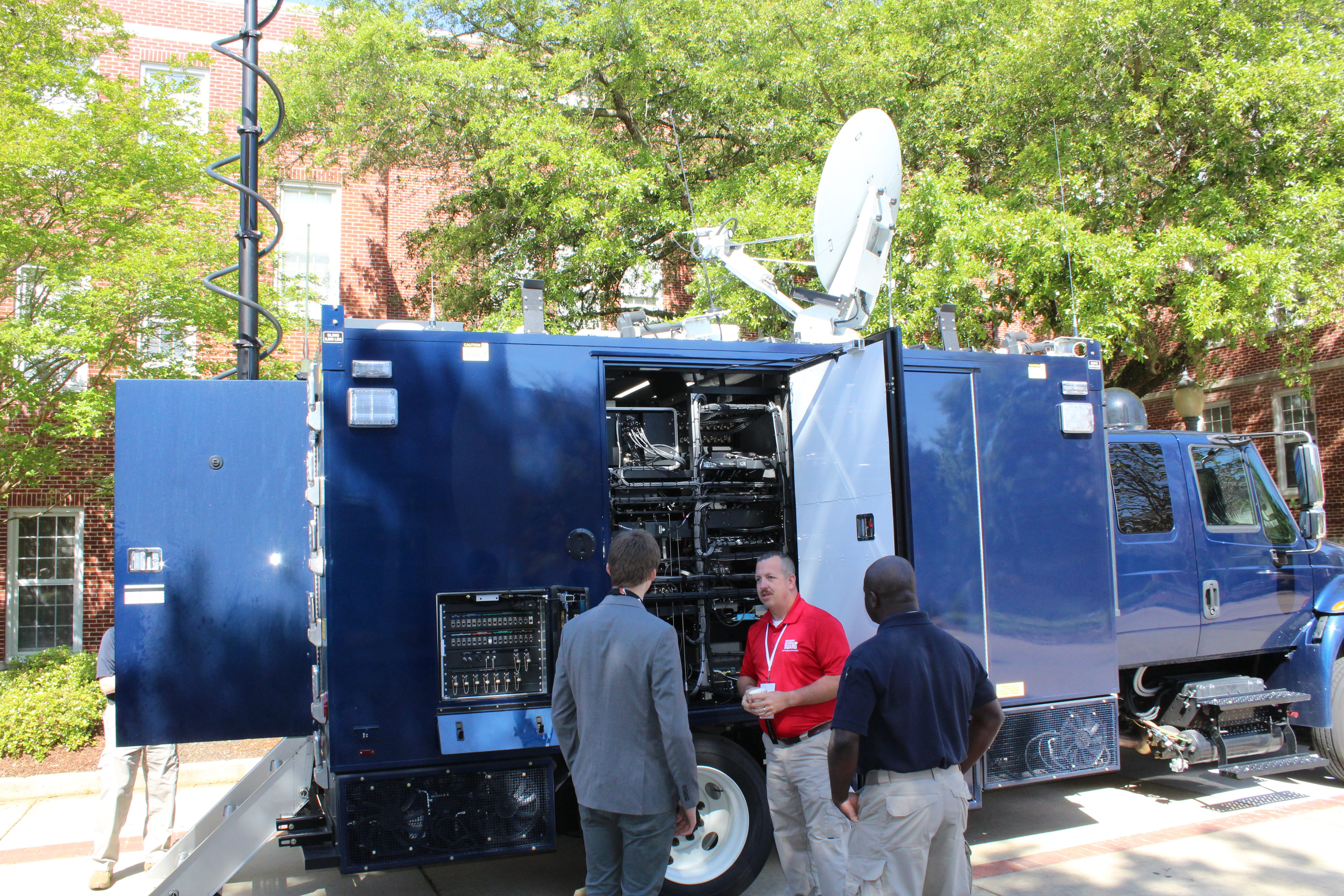 Tours of the Mississippi National Guard’s high-tech communications truck were a must stop for visitors at the Cybersecurity Summit.

Known as the United Command Suite, the sophisticated truck attracted a number of the 250 guests at Mississippi College’s first annual conference. Some of the nation’s cybersecurity experts were also a hit on the Clinton campus on April 11.

The vehicle travels to deal with potential population threats like Mardi Gras festivities in New Orleans. Staffed by the Army & Air Force National Guard, the truck is utilized to train Mississippi firefighters, police and first responders.

From one topic to the next, the Mississippi College Cybersecurity Summit focused on complex subjects as fresh as today’s headlines.

“It is very hot button,” said Bill Cranford, MC’s chief information officer. “There were a wide variety of issues regarding cybersecurity,” he said. For the 250 visitors, “you can definitely take away things.”

At his table, there were copies of the cyber security journal “Threat Advice.’’ It provided keys to protecting businesses, and information about identity theft. It pointed to cybersecurity risks for people with vehicles connected to cell phones or tablets via Bluetooth.

His wife, Lindsay Stringer, an attorney, learned things, too, as she received continuing legal education credit.

Taking a front row seat during discussions at Anderson Hall, MC Graduate Dean Debbie Norris was elated with the turnout. But she was also delighted because representatives from banks, government agencies, hospitals and schools received so much “excellent information.”

The MC Graduate & Professional Studies Office and Computer Science Department teamed with a half-dozen sponsors to put on the initial summit.

Reports show an estimated $1 billion in personally identifiable information records was stolen in the USA in 2014. Cybersecurity seems to be a growth industry for new college grads. There should be 1.8 million cyber security jobs by 2022.

In Fall 2017, Mississippi College launched a cybersecurity certificate and master’s program. The master’s degree (10 courses) can be completed in five semesters. Classes are designed to help professionals broaden their understanding of cybersecurity issues.