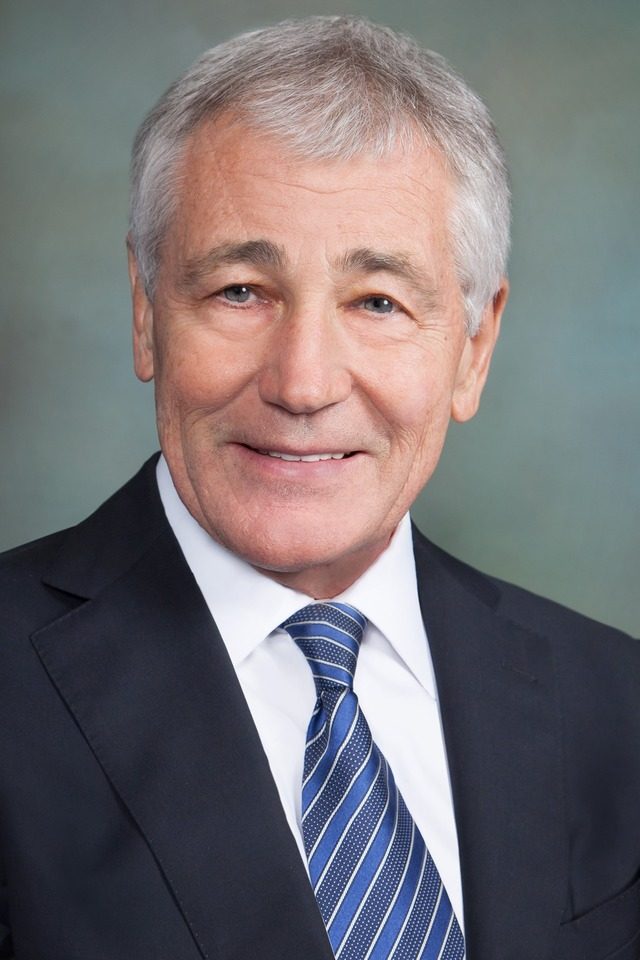 The event is set for April 18 at Anderson Hall beginning at 6 p.m. Hagel will also address students earlier that Tuesday on the Clinton campus and field questions from the media.

A Vietnam veteran and former U.S. senator from Nebraska, Hagel led the Department of Defense from February 2013 through February 2015. The North Platte, Nebraska native was the first enlisted combat veteran to lead the nation’s oldest and largest government agency.

Based at the Pentagon, the department consists of more than 1.3 million men and women on active duty, mostly overseas, and 742,000 civilian personnel.

As America’s 24th Secretary of Defense, Hagel helped modernize United States’ partnerships and alliances, bolstered European allies and advanced the rebalance in the Asia-Pacific region. A Republican, Hagel was appointed to the Cabinet post by Democratic President Barack Obama.

“With his knowledge of domestic and international issues, especially in the area of defense, Chuck Hagel should provide important insights on the world stage to hundreds of Mississippi College guests at the dinner,” said MC President Lee Royce.

Hagel served as a U.S. senator from 1997 through 2009. Hagel is known for his tireless dedication to veterans. He authored the book “America: Our Next Chapter,” which details the enormous challenges the United States confronts in the 21st Century.

“Chuck Hagel has a distinguished record of service as a veteran of Vietnam, U.S. senator and Secretary of Defense,” says MC Vice President for Academic Affairs Ron Howard. “He is also a very successful businessman.”

Tickets for the scholarship dinner are $200. For more information about tickets and sponsorship packages, contact Amy Rowan of the Advancement Office at 601-925-3257 or Rowan@mc.edu