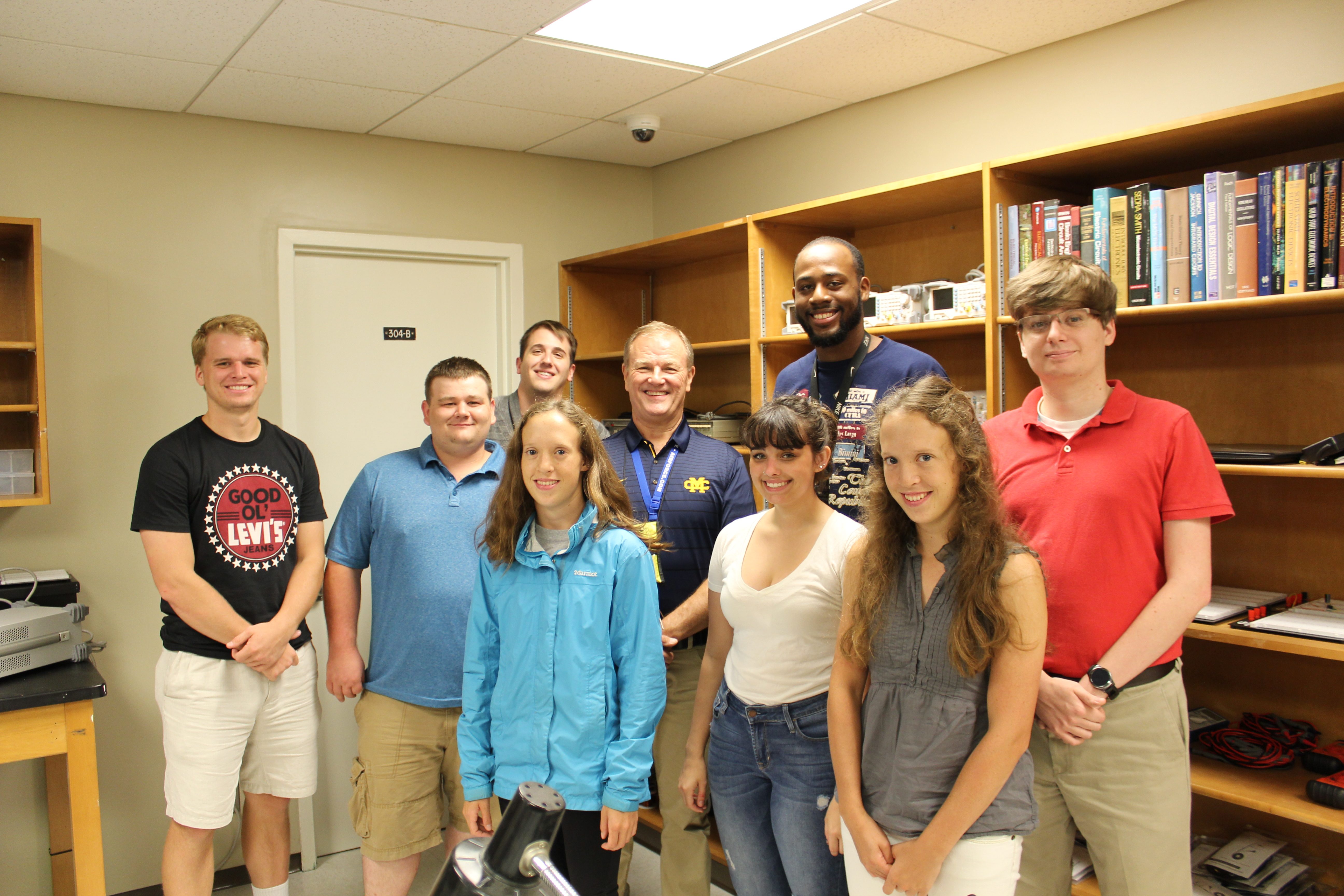 The MC senior sees many positives as the innovative academic program enters its third year on the Clinton campus.

“It has helped me become proficient in computer programming as well as advanced mathematics,” says Washam, a Clinton High graduate. “I encourage everyone to give the program a try.”

Making it so special is that students develop a close relationship with their electrical engineering professors in the Hederman Science Building. “It makes the learning feel much more complete.”

The 23-year-old Mississippian seeks to go to work in the profession before pursuing graduate school.

MC’s 35 electrical engineering majors this Fall will soon enter a high-tech occupation with many rewards. The median salary for the nation’s electrical engineers stood at$94,210 in 2016, reports the federal Bureau of Labor Statistics.

Electrical engineers design, develop, test and supervise the manufacturing of electrical equipment. It could be electric motors, radar, and navigation and communications systems. They often design electric components and systems for commercial, industrial or scientific applications.

The program at MC remains a nice fit with the STEM (Science, Technology, Engineering and Mathematics) Institute on the Clinton campus.

“The program is great – it allows me to explore more than just the engineering aspect of STEM,” Washam says.

“The people,” says the 20-year-old Biloxi resident. “You will never meet as many encouraging and helpful people outside of this campus.”

Spending lots of time with electrical engineering professors and students comes with the territory.

It’s important to “spend that time with people who push you to be the best you can be and are genuinely there for you,” Tidrick said.

Samantha first became interested in physics as a high school student. Her teachers encouraged her to pursue electrical engineering studies in college.

The Mississippi Gulf Coast resident is delighted she’s learning so much on the Clinton campus that’s three hours away from home. She’s got no second thoughts about her decision to pursue electrical engineering.

“It is such a broad field that there are endless possibilities of what I can do and accomplish in the next chapter of my life.”

Mississippi is home to such industries needing engineers as the Nissan auto plant in Canton, Ingalls Shipbuilding in Pascagoula, and Raytheon in Forest. The U.S. Army Corps of Engineers in Vicksburg, Waterways Experiment Station, and other government agencies could use their services, too. Opportunities are out there across state lines, too.

Chris Maggio, who chairs the Physics and Computer Science Department, has been overseeing electrical engineering on the Clinton campus since day one.

He’s a firm believer in the growing undergraduate program that continues to hire more full-time professors like Jerry Morris.

“Our faculty are committed to providing students with the highest quality learning experience,” Maggio says. “We strive to promote a learning environment that prioritizes students.”

Test scores for undergraduates are solid. The average ACT score is 27 for electrical engineering students at Mississippi College.

For more information about MC electrical engineering, contact Chris Maggio at 601-925-3213 or maggio@mc.edu