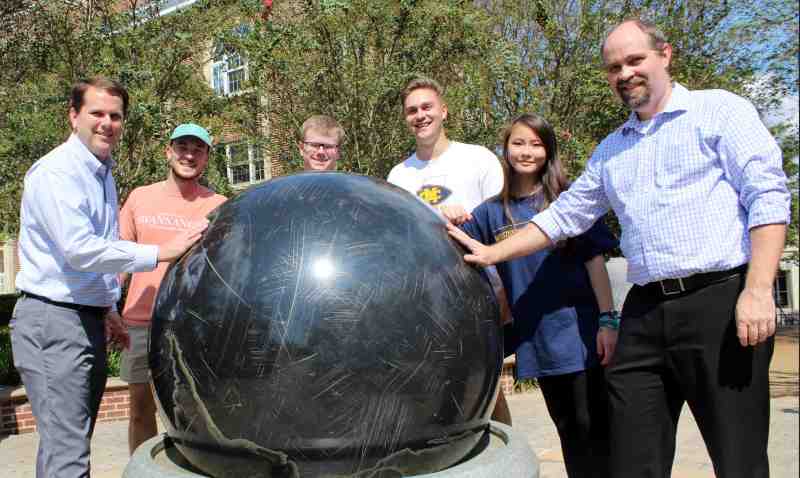 Based in Baltimore, Maryland, ABET is a nonprofit organization accrediting 4,005 programs at more than 793 colleges and universities in 32 countries. MC electrical engineering recently earned the ABET seal of approval.

Getting the ABET seal of approval represents a major achievement, the culmination of much hard work on the Clinton campus.

Excellent electrical engineering professors worked well with university leaders, a knowledgeable team of advisors and a determined group of students to make it happen.

President Blake Thompson is thrilled to spread the news about electrical engineering as he begins his second year as MC’s chief executive. It’s another sign that MC’s academic programs are achieving national and international prominence as the school begins its 194th year.

Originally the Accreditation Board of Engineering and Technology, the group is simply known as ABET. It remains the global accreditor of university programs in applied and natural science, computing, engineering along with engineering technology.

“Now that the program is accredited, I can take qualification tests such as the PE (professional engineering),” Washam said. “It also opens up a plethora of possible new job opportunities for me as well as past and future electrical engineering graduates at MC.”

MC professors helped get Washam on the right career path. “I have found that I was as well or better prepared as graduates from other universities when I began work.”

He’s the son of Chris and Missy Washam of Clinton. His father chairs the university’s Kinesiology Department. And his mom serves as president, coach and trainer with Teams of Tomorrow. The group helps people reach their full potential.

Getting ABET accreditation isn’t easy. “Programs seeking accreditation must demonstrate that they are in compliance with ABET’s criteria, policies and procedures,” Maggio said. He views accreditation as a terrific way to boost student and faculty recruitment at the Baptist-affiliated university.

Students in the program come from Mississippi, across the South, and states as far away as Colorado, Pennsylvania and Hawaii. There’s one international student enrolled from Egypt. A number of the undergrads compete on Choctaws sports teams and stay involved in other campus organizations.

Job prospects look bright. The median annual wage for the USA’s electrical engineers in 2018 was $96,640, according to the Bureau of Labor Statistics.

Whether the company is Continental Tire two miles west of Clinton, Nissan in Canton or at Army Corps of Engineers operations in Vicksburg, MC grads will discover employment opportunities in the Magnolia State for years to come. They’re needed in industries such as IT, manufacturing, telecommunications and aerospace. People in the field often work at companies manufacturing electrical components such as medical equipment.

For additional information contact Chris Maggio at 601-925-3213 or maggio@mc.edu.