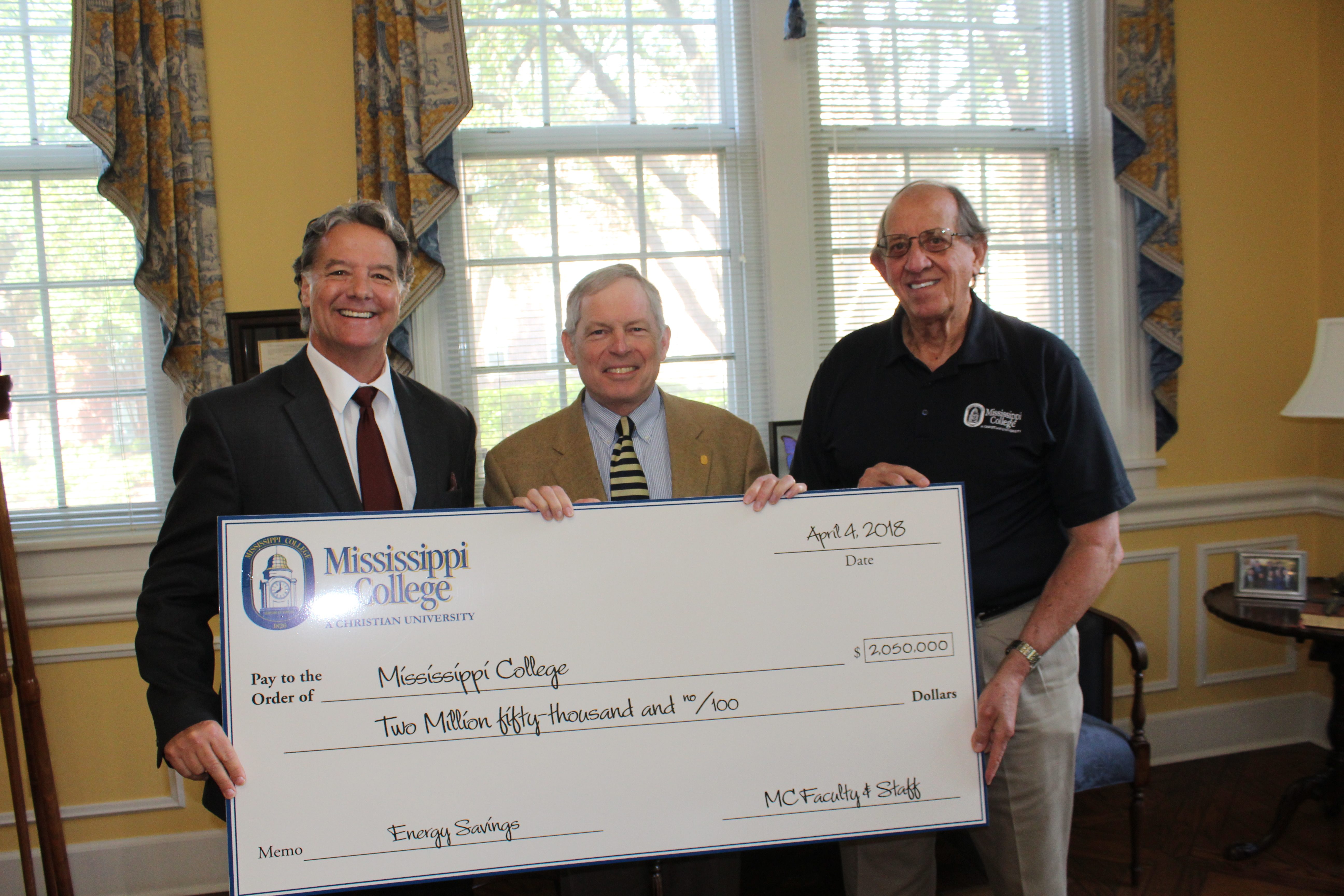 That’s quite an achievement for MC’s energy savings program that began in 2012. By April 2015, the energy savings climbed to the $1 million milestone after 32 months. The new total doubles that amount.

“Our energy conservation has been a team effort,” said Williams, a former award-winning education professor.

Williams thanks the support from faculty, staff, and students for remaining committed to energy conservation. But the job never ends.

“As we move forward, everyone should increase their awareness of the importance to conserve energy and reduce our energy costs,” Williams says.

People notice that his hard work, long hours and passion for his job are seeing positive results. Some call the MC administrator the university’s “energy czar.”

Money saved from the Mississippi College energy conservation program will boost operational needs and other initiatives at the 5,200-student Christian university. The efforts happen year-round on the Clinton campus and at the MC School of Law in Jackson.

Employees who shut down computers before heading home at night or turn off lights not in use are helping save energy dollars at the Baptist-affiliated university.

When MC officials announced that $1 million was saved by April 2015, reports detailed a few of the highlights. The program saved 6.5 million kilowatt hours of electricity and more than 48,500,000,000 BTUs of natural gas since 2012. MC officials also reported the school saved 5,837 metric tons of carbon dioxide emissions.

President Royce and Stanford give much of the credit to Williams and employees with the university’s Physical Plant Department for making the campaign pay dividends.

It enables Mississippi College to use funds earmarked for utility costs and other operational needs. The program puts “the focus on efficiency and stewardship and continues to benefit us as an institution,” Stanford said.

The USA’s 2018 Earth Day on April 22 put the focus on ending plastic pollution. Plastic litters the nation’s beaches, as well as clogs streams and landfills. MC’s campaign adds to the positives of Earth Day that originated in America in 1970 and spread to about 200 nations around the globe.

As graduation day nears in early May, Williams keeps pressing on with his duties to put the focus on energy conservation. “Being good stewards of both our money and the environment gives me a great deal of satisfaction.”

As Williams spread his message, he became popular with faculty and staff by rewarding their energy consumption achievements. The MC administrator would often drop off tiny chocolate bars on their desks as his way of saying thanks.