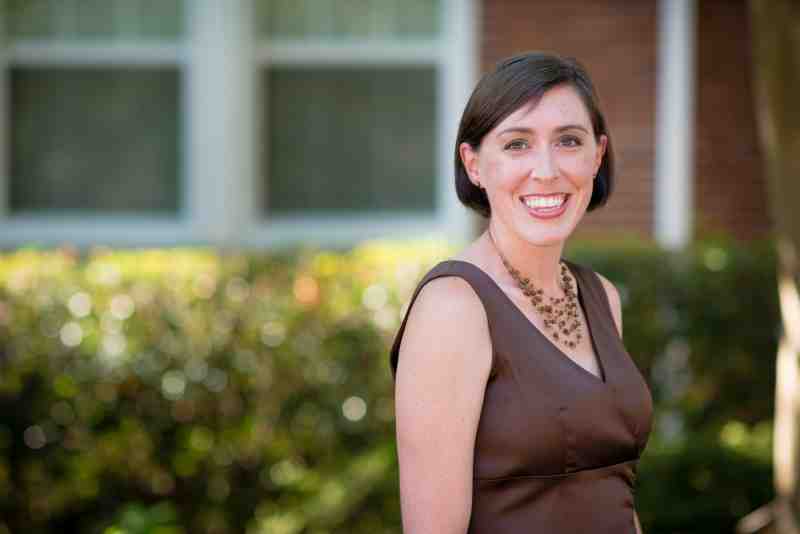 The honor comes from the Jackson-based Mississippi Association of Educators. The award will be presented to Kristi on the red carpet at a black tie dinner at the Jackson Convention Center.

Melancon will receive the Mississippi Excellence in Education award on March 1. It recognizes her research in the field to broaden the perspectives of her MC students.

Her research on the Southern Black press, she said, helped “transform the narrative surrounding African American literacy during Reconstruction.”

Being recognized for her work in higher education by the state’s largest and oldest group of educators is a nice reward, Melancon said. “This recognition is icing on the cake.”

The MAE’s 2nd annual Mississippi Excellence in Education awards program salutes others in the field. Besides higher education, they include pre-kindergarten teachers, people working in education support positions, and administrators.

A New Orleans native, Dr. Melancon joined MC’s English Department in 2011. Her areas of expertise include African American literacy, rhetoric and race, composition studies and civic engagement. She’s been honored as the distinguished lecturer for the MC College of Arts & Sciences in 2017 and won the Pittman Young Faculty Award at the Baptist-affiliated university in 2016.

Melancon earned her bachelor’s in English at the University of New Orleans and a doctorate in the subject at Louisiana State University.

“It’s immensely gratifying to see her recognized by the public – by a state organization – for the excellence in teaching, scholarship and service she brings to the higher education enterprise in Mississippi and in our university,” says Jonathan Randle, dean of the School of Humanities and Social Sciences.

Randle also serves as director of Graduate Studies for the English Department in Jennings Hall.