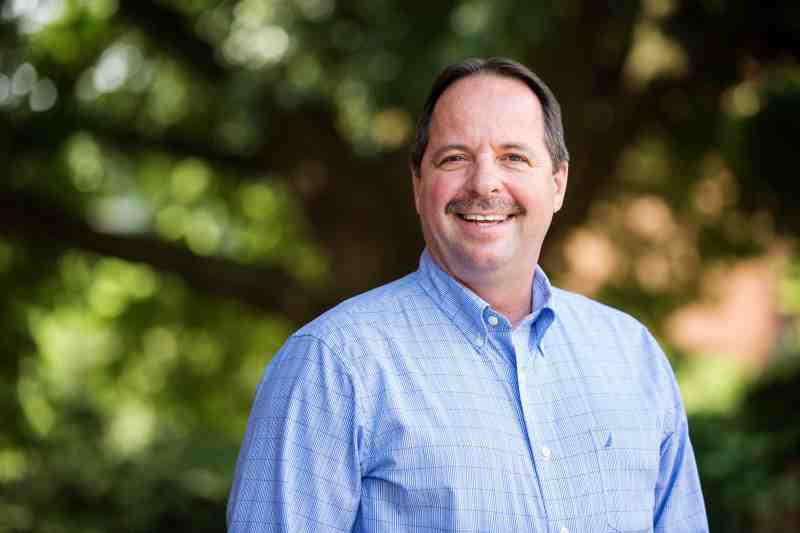 Mark Hughes recently earned a national honor for his work as a Mississippi College enrollment leader.

The honor for the MC administrator came at a summer conference of the National Association of Baptist Enrollment Professionals.

“Over the last several years, Mississippi College has become a model institution in terms of enrollment management best practices that many other Baptist institutions wish to emulate,” Hughes said. “Obviously all the praise belongs to God for this national recognition. He expects us to be faithful and diligent while serving others, particularly our students.”

Working closely with admissions director Kyle Brantley, assistant director Michael Wright and other MC graduates on the team in Nelson Hall, Hughes joined the university’s staff in 2011. He serves as assistant vice president and dean of enrollment services.

Joining the 5,200-student Christian university staff seven years ago provided valuable opportunities for the Clemson graduate. “I am so grateful God has blessed me to work with so many dedicated Christian professionals,” he said. Beginning its 193rd academic year in August, MC is the nation’s second oldest Baptist college.

In Fall 2017, “U.S. News & World Report” ranked Mississippi College No. 12 as a Best Value School among the South’s Regional Universities.

Hughes earned a bachelor’s in administrative management and a master’s in human resource development, both at Clemson University. He also received an associate’s degree at Anderson University.

Leaders of Baptist institutions each year nominate and vote for one person they believe exemplifies passionate service and dedication to students. The award is named for the late Trent Argo who provided outstanding enrollment services to Baptist schools. Argo, 55, was serving as the Bluefield College (Va.) vice president for enrollment management and student development when he died in 2017.