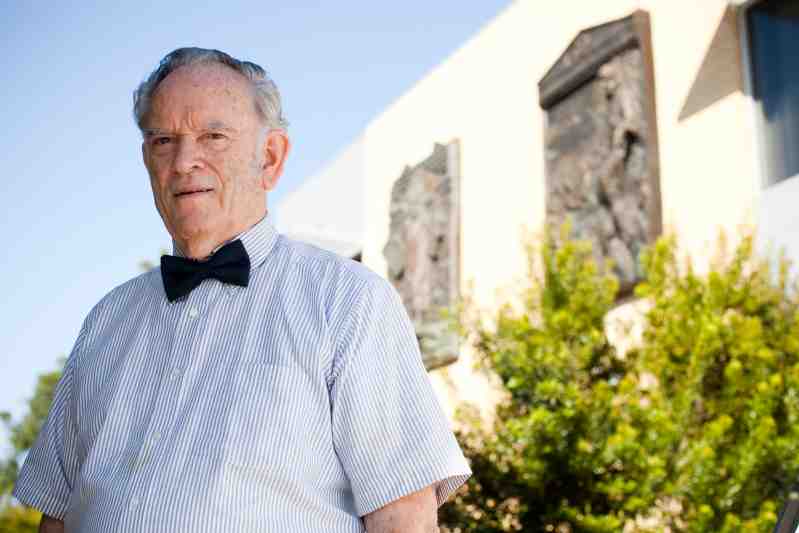 “Dr. Samuel Marshall Gore, Remembering a Legacy,” is the title of the tribute to the beloved educator and friend to many in the art world.

Kenneth Quinn became one of the first students taught by the late Sam Gore, Founding Father of the Mississippi College Art Department in the 1950s.

The recipient of an honorary MC doctorate in December 2011, Quinn became an excellent instructor. He served 30 years as an art teacher at Whitten Junior High in Jackson before serving 15 more years on the Mississippi College faculty.

Starting August 16, both illustrious artists and longtime professors will be honored with their works showcased at special exhibitions at the Gore Gallery.

“Reflections Through a Servant’s Eyes” is the title of the exhibit featuring the works of Professor Quinn. The Jackson native’s artwork has detailed the MC basketball arena, the A.E. Wood Coliseum. Other Clinton campus masterpieces he’s painted range from historic Provine Chapel built in 1860 to Nelson Hall, the university’s administration building. The Mississippian specializes in watercolor.

“Dr. Samuel Marshall Gore, Remembering a Legacy,” is the title of the tribute to the beloved educator and friend to many in the art world.

Both art exhibits will remain on the Clinton campus through December 15. A reception is set for September 8 from 2-4 p.m. The Sunday afternoon event is open to the public.

A 1957 Murrah High graduate, Quinn and Gore were once roommates at Illinois State University in the 1960s. Gore pursued his doctorate at the time. Quinn worked toward his master of education in art degree that he received from Illinois State in 1964.

In 2006, Quinn received the Order of the Golden Arrow Award at MC’s Homecoming. In 2004, he was named the university’s Professor of the Year by the Student Government Association. A 1961 MC graduate, Kenneth Quinn mentored many people in art circles for decades.

Seeing this dear friend presented with a doctorate was a fitting way to salute his many achievements, colleagues say. “Finally, we can call him Dr. Quinn,” said MC Art Department Chair Randy Miley at the time. “He’s been an ambassador for the school for many years. He deserves it based on the amount of work he’s done.”

With an art career spanning more than six decades, Dr. Gore passed away in April, about a month after unveiling his final piece of work. It is his “Christ in Gethsemane” sculpture. The bronze sculpture is located in the Rhoda Royce Prayer Garden. There are three disciples he worked on that will be added to the sculpture at a later date.

Other Gore sculptures quickly became destination points for visitors on the Clinton campus. They include: “Servant Savior” and “Jesus and the Children.” Dr. Gore’s other inspiring bronze sculptures are located on exterior walls at the Mississippi College School of Law in Jackson. They are “Moses, Deliverer of the Law” in 2007 and “Christ, Fulfillment of the Law” in 2009.

A recent $1,000 donation from the Arts Council of Clinton helped pay for the completion of Gore’s Christ in Gethsemane sculpture. It was first displayed in a ceremony on March 29, a key part of Inauguration Week for President Blake Thompson.

Besides his award-winning sculptures, Dr. Gore built an international reputation as a gifted painter. Some of the Christian artist’s paintings will be featured at the exhibit at his alma mater. The son of a Baptist preacher, Gore was a 1952 Mississippi College graduate with a passion for serving the Lord.