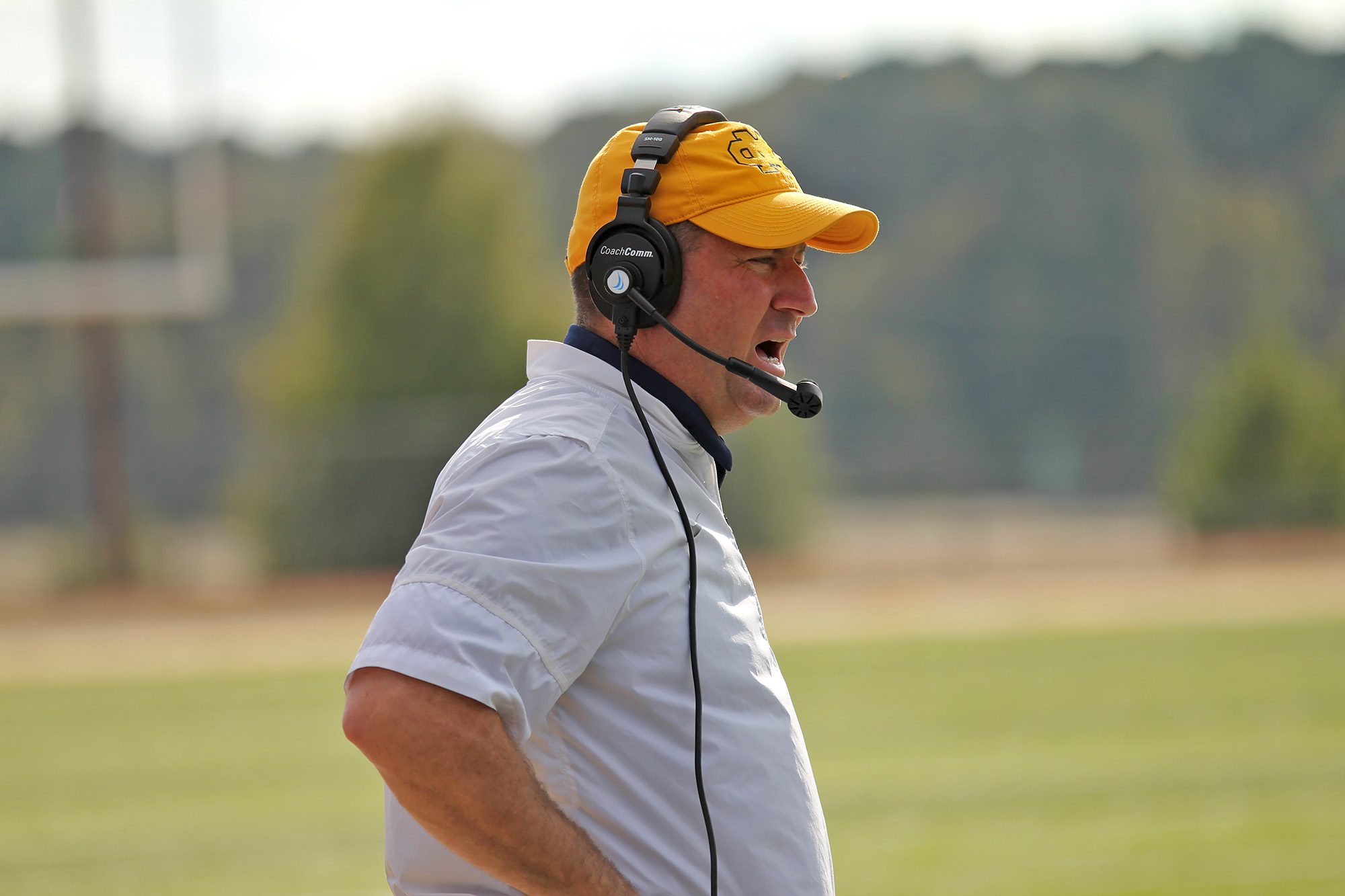 For Michael Fields, it was practically a Homecoming for the St. Aloysius High head football coach to return to his alma mater in Clinton.

Fields visited Mississippi College’s 2018 football camp to showcase a few players from his team in Vicksburg.

“We came out to support the kids,” Fields said as he exited Robinson-Hale Stadium on Monday. The opportunity for student-athletes on his Flashes roster to upgrade their skills and be seen by college scouts will pay dividends, he believes.

It took less than 40 minutes for his bunch in Warren County to take the drive along I-20 and be in the heart of Blue & Gold country. As Central Mississippi temperatures approached 90 degrees on June 4, Coach Fields arrived on the Clinton campus with lots of good memories.

A 1987 MC graduate, Fields played receiver and running back on some terrific Choctaws football teams under Coach John Williams. During the Williams era, MC logged 124 wins between 1972 and 1990. The former defensive coordinator, Fields was named head coach at St. Aloysius in 2017. He makes it a habit to come to MC football camp with his players every June.

As the two-hours of drills and instruction wrapped up, visitors say the summer camp was worth every minute.

“It was a great day for our camp,” Bland said. “We had really good participation and got a lot of good work done on the field.”

“There were a lot of good drills,” said Isareal Williams, 17, a Ridgeland High running back. On track to graduate in 2019, he brought home tips that will boost his football skills when the Titans season opens in August.

Some high school players traveled to MC from the Bayou State. They included 17-year-old Zachariah Trujillo of Houma, Louisiana. The rising senior is a running back and linebacker.

“This worked out great,” said Justin Hindeman, 16, an offensive lineman for the Brandon High Bulldogs. His mom, Jennifer Hindeman, says she liked the way the coaches at the three colleges worked well together as instructors.

Off the field, Justin Hindeman shines in the classroom with a perfect 4.0 average. A career in aerospace engineering could happen for the Rankin County resident in a few years.

MC’s football camp proved valuable for other high school players in the region like Joseph Jones at Tri County Academy. The Rebels receiver will be a junior at the Flora school this fall.

Tagging along on the trip, his parents, Jeff and Stephanie Jones, were pretty familiar with the Clinton campus. Stephanie Jones graduated in the mid-1990s at Mississippi College.