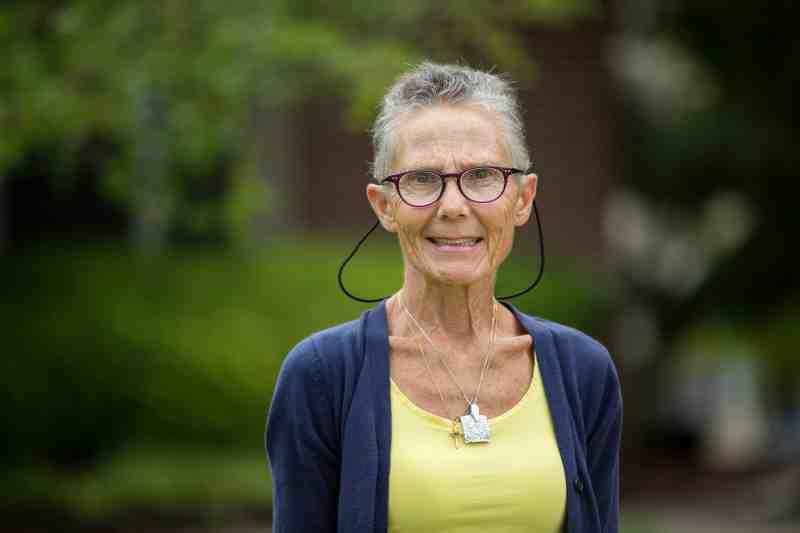 Agnes Man-Bourdon taught the French language with passion to Mississippi College students. But she also made sure they soaked up the culture and knew the history of her native land.

After 13 years on the MC faculty, the beloved French professor is retiring this Spring. Her students learned so much about France’s story - from the Eiffel Tower to the Louvre Museum, and Palace of Versailles. But along their academic journey, students become proficient speakers of the French language.

Dr. Man-Bourdon takes deep pride in the achievements of her students over the years.

“Her contributions to our students’ lives and careers will endure for years to come,” says Amy Williamson, chair of the Modern Languages Department. “She is a serious academic, an engaging colleague, a beloved teacher, and an outspoken advocate for language learning.”

“Jennings Hall won’t be quite the same without Madame’s cheerful “Bonjour!,” says Johnathan Randle, dean of the School of Humanities and Social Sciences.

“I will miss her energy and her concern and care for all MC students,” says Randle, an English professor.

The French professor “is a very challenging teacher who holds very strict standards,” says language instructor Ashley Krason. “And she is not afraid to let a student know when they are not meeting those standards.”

In short, “students adore her,” Krason says. For a decade, the two educators worked out of Modern Languages offices in the Jennings Hall Annex.

A faithful teacher who rarely misses a class, Agnes inspired students, faculty and staff. “She has been a constant source of wisdom, encouragement, and support for me almost every day MC was in session,” Krason said. “MC is losing a true gem and she will be greatly missed.”

Her classroom teaching style never changes from Fall through Spring. She speaks only French to her students from day one.

Former Modern Languages Department Chair Beth Stapleton pours on the praise. “Agnes is a firecracker in the classroom,” she said. “She brings French alive with her interactive approach and personal stories. She pushes her students for excellence and when they leave our department, they really know French language and culture.”

The director of the McMillan Center for Education Abroad, Stapleton calls her dear colleague “one of a kind.”

As the Blue and Gold family bids farewell to Agnes Man-Bourdon, the talented professor expects to stay busy during her retirement years. Look for the delightful native of France to spend more reading at her home in the Ross Barnett Reservoir area and doing plenty of crossword puzzles. She enjoys traveling to countries such as Canada, France and Morocco.