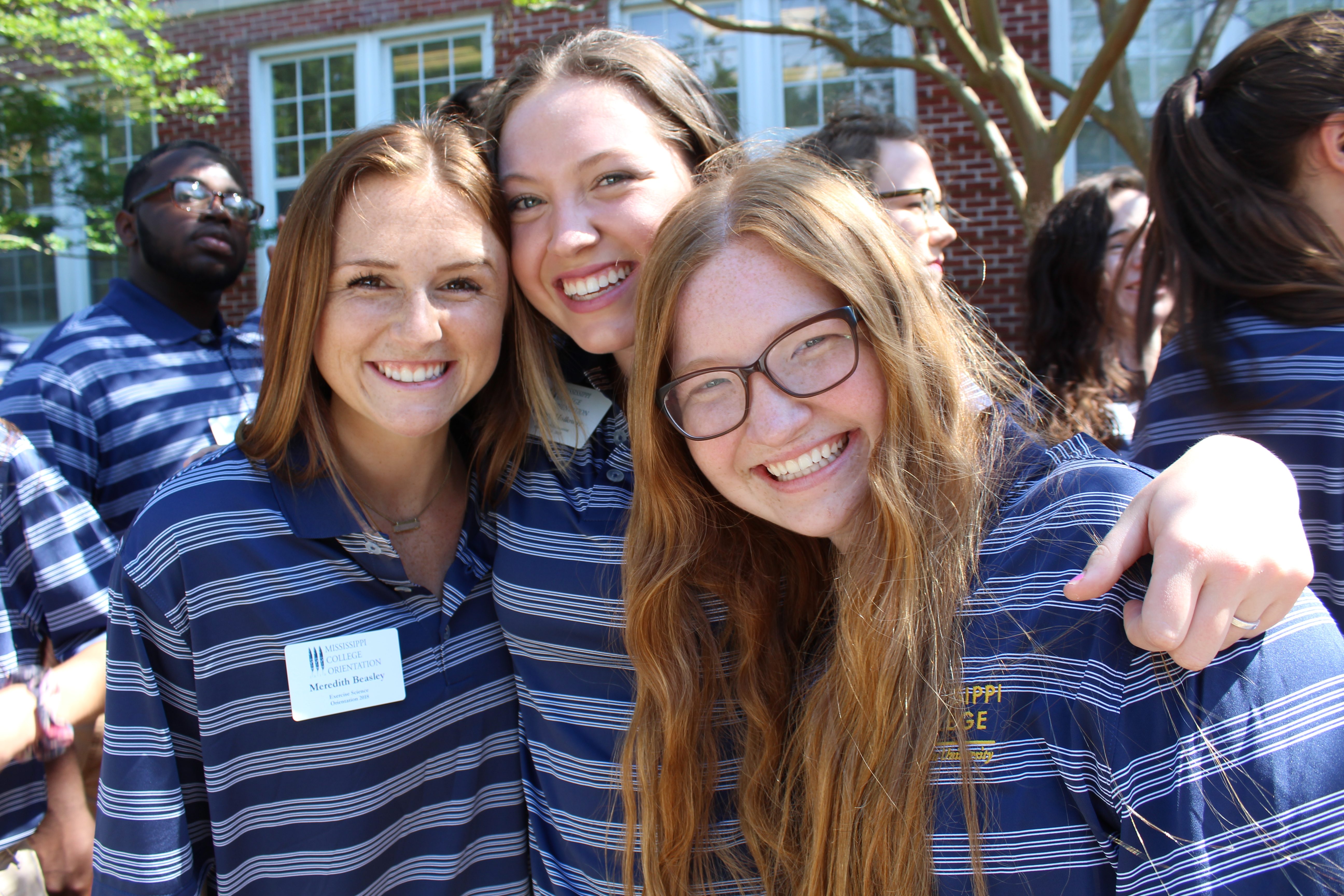 Free sweet tea, delicious popcorn and plenty of photos with Mississippi College sports personality Tom A. Hawk were on the agenda for 200 incoming freshmen.

Last summer, visitors from across the South and other states got schooled in all things Blue & Gold at orientation. Students registered for classes, spent the night in university residence halls, dined at the school cafeteria, visited the bookstore and toured the Clinton campus.

MC leaders are prepared to do it all again soon. They will toss out the welcome mat to another 200 incoming freshmen May 31-June 1.

Along with incoming freshmen at the summer’s first orientation, there will be 400 family members and friends making the journey, says Jonathan Ambrose, assistant vice president for student affairs.

Students already signed up from eight states, including Mississippi, Alabama, Louisiana, Tennessee, Georgia and Texas. They are traveling from as far away as Michigan and Missouri.

Ambrose and his staff will help get summer orientation student leaders ready for the marathon of events. Training sessions began in early May.

Last summer’s orientation visitors included freshman Mary Addison Wadsworth, 18, who planned to major in biology. MC made sense for the Hernando resident because the university’s pre-medical program is first-class. Her parents are both physicians.

Other newcomers included Caleb Shipman, 18, who recently finished his freshman year as a graphic design major. He enrolled at the nation’s second oldest Baptist college for a variety of reasons.

“I chose MC because it seems to be a good place to let my faith in God grow,” says Shipman, the son of missionaries.

“The size of the school means that I will get more personal help from each professor,” Caleb added. Shipman excels away from classrooms. He’s a member of the MC table tennis team that ranked No. 3 in the USA and Canada at the national collegiate championships in Round Rock, Texas in late April.

Incoming freshmen will hear from a parade of speakers, including Jim Turcotte, vice president for enrollment services and dean of students. They will meet with MC’s academic deans, and professors, as well as learn more about campus ministries and dozens of student organizations. Parents will learn more about financial aid, scholarships and much more at Mississippi College. Sessions will end at 11 a.m. on Friday June 1.