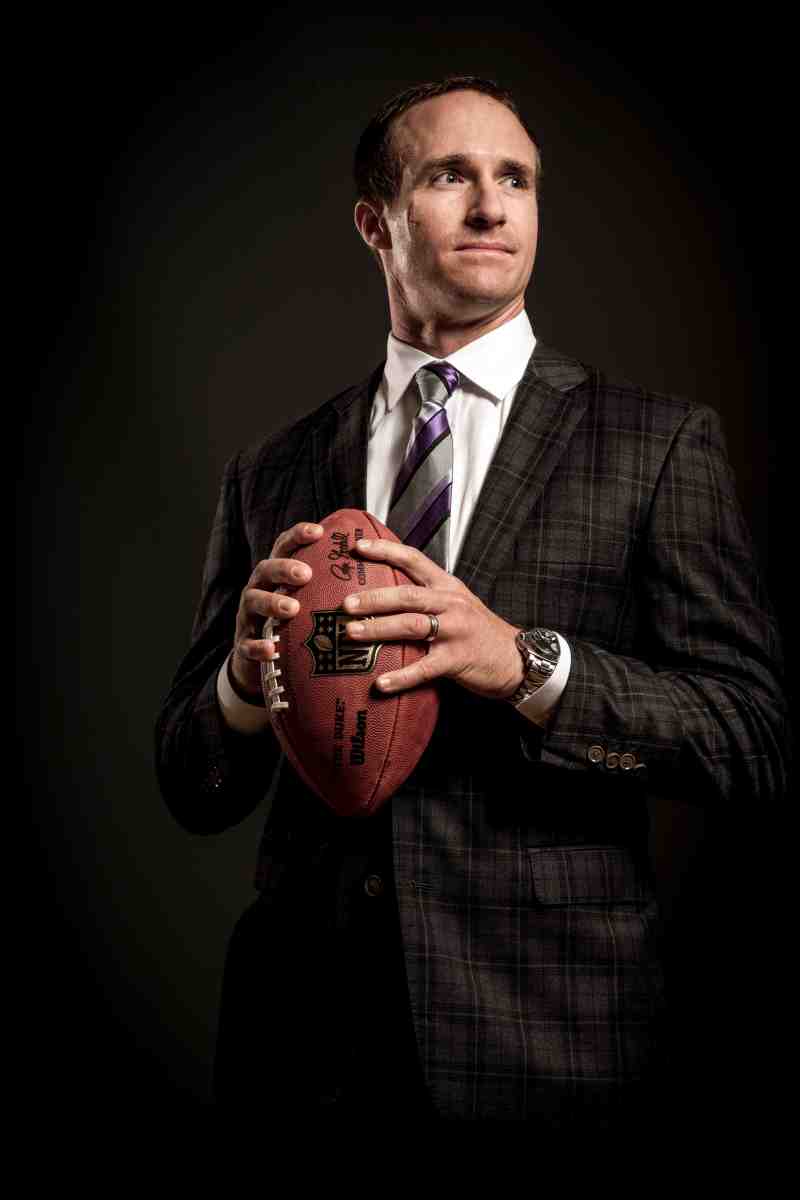 One of the private university’s signature events, the dinners raised more than $3.6 million for MC student scholarships since 2008.

The dinner at Anderson Hall begins at 6 p.m. that Tuesday. Earlier, Brees is expected to speak to students, and take questions from the media at a news conference.

From President Blake Thompson to students, the Blue & Gold family is thrilled to welcome the 2009 Super Bowl MVP-winner to the Clinton campus.

“We are pleased the Saints star quarterback will be part of an MC signature event that has raised more than $3.6 million for student scholarships since 2008,” Thompson added.

“More important than his brilliant playing career, he has lived out a life of faith and hope in New Orleans. We look forward to his inspirational message to our Mississippi College community.”

Athletic Director Mike Jones is elated No. 9 will visit MC Choctaws Country. “What an honor it will be to have such a high-caliber athlete and human being as Drew Brees to come to our campus.”

The Scholarship Dinner, Jones added, “will continue to pay great dividends for our university, especially with a sure-fire NFL Hall of Famer in Drew Brees serving as keynote speaker.”

There are strong Mississippi College links to the Saints. Former Choctaws football standout Fred McAfee is a New Orleans Saints Hall of Fame member. The Philadelphia, Mississippi native remains on the Saints staff in the personnel office.

It’s been a memorable 2018-19 season for Drew Brees and the Saints.

On October 8, 2018, Brees broke Peyton Manning’s all-time passing record of 71,940 yards. In a 43-19 triumph over the Washington Redskins, Drew led his team with three touchdown passes for 363 yards. His heroics before a “Monday Night Football” TV audience saw Brees boost his career mark to 499 touchdowns. He finished the game with 72,103 career yards that spans nearly 41 miles.

“It’s hard for me to reflect too much right now just because my career’s not done,” Brees told reporters. “There are still goals to be accomplished. There are still challenges to be met and I’m still focused on that.”

First drafted in 2001 by the San Diego Chargers, Drew Brees summed up his NFL career. “It’s just been an unbelievable journey.”

This winter, the Saints lost their bid to return to the Super Bowl, suffering a painful overtime defeat to the Los Angeles Rams. Saints fans continue to express disappointment. An infamous “no-call” by an NFL referee in the NFC championship crushed their Super Bowl dreams, critics say. Instant replays fire up complaints that pass interference should have been called late in the game.

An Austin, Texas native and former Purdue University football star, Drew Brees is devoted to serving people worldwide. Founded in 2003, the Brees Dream Foundation provides charitable funding to improve the quality of life for cancer patients. It offers care, education and opportunities for children as well as needy families. The foundation contributed in excess of $25 million to charitable causes globally. Support comes from individuals and corporations around the world.

After playing a few seasons for San Diego, Brees signed with the New Orleans Saints in 2006. Drew and his teammates delivered a Super Bowl victory to lift the spirits of New Orleans that was devastated by Hurricane Katrina in 2005.

MC Choctaws head football coach John Bland is eager to welcome Drew Brees to the 2019 scholarship dinner. “This will be a great night for MC!”