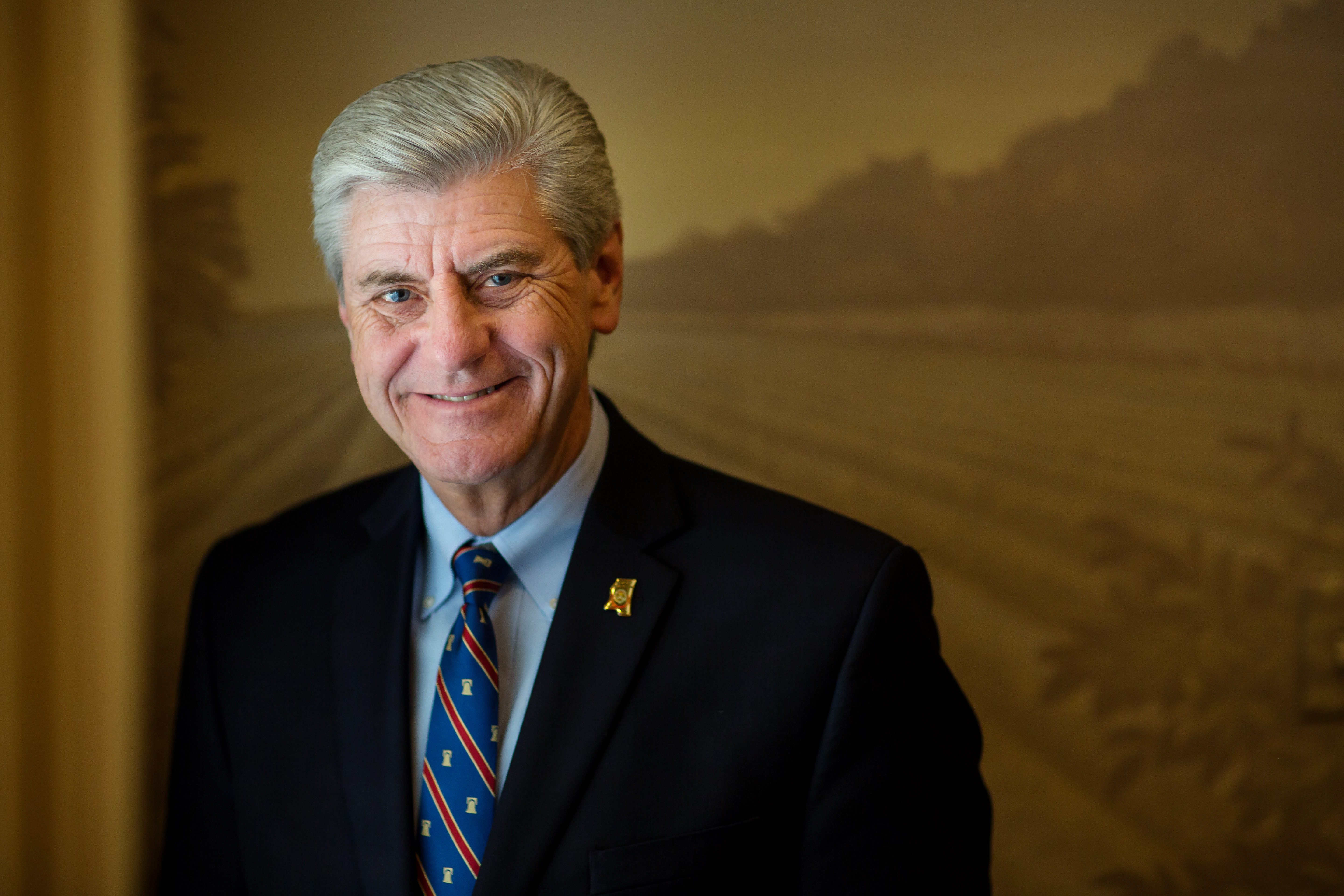 Gov. Phil Bryant will address Mississippi College’s Class of 2017 at Spring commencement on the Clinton campus.

Serving his second term as Mississippi’s chief executive, Bryant will also receive an honorary doctorate during ceremonies May 5 for the MC Graduate School.

A Republican, Bryant served the Magnolia State as lieutenant governor, state auditor and as a Mississippi House member. He was first elected to the state Legislature in 1991 Bryant was sworn in as Mississippi’s 64th governor to begin his first four-year term in January 2012.

In his inaugural address, Bryant spelled out his vision for Mississippians to “rise together” through economic expansion, government efficiency and adherence to values making Mississippi great.

MC political science professor Glenn Antizzo salutes Bryant for providing solid leadership to the state. Bryant remains a “forward-looking governor very much in tune with popular sentiment in Mississippi. He won each of his (gubernatorial) elections with over 60 percent of the tally.”

His 60 percent approval rating in a statewide poll in 2016 shows the governor maintains strong support from south of Memphis to the Gulf Coast beaches. Bryant worked hard to promote infrastructure improvements, tourism, education, economic development, and much more, Antizzo noted.

The Moorhead, Mississippi native earned his associate’s degree in criminal justice at Hinds Community College in Raymond. Bryant received his bachelor’s degree at the University of Southern Mississippi in Hattiesburg and a master’s from Mississippi College in 1988.

Bryant and his wife, Mississippi First Lady Deborah Bryant, got married when he started his career as a deputy sheriff in Hinds County more than four decades ago. The Bryants are the parents of two children, son, Patrick, and daughter, Katie. They are grandparents with two grandkids, Henry and Eliza.

Bryant’s graduation speech follows the university’s School of Nursing commencement on May 5. The speaker will be MC Nursing School Dean Kimberly Sharp. She’s completing her second year as dean on the Clinton campus. The program in Swor Auditorium begins at 2 p.m. that Friday. Up to 42 nursing students will receive diplomas.

The guest speaker at two undergraduate ceremonies on May 6 will be Jeffery Holland. He is a prominent researcher and leader with the U.S. Army Corps of Engineers in Vicksburg. Dr. Holland serves as director of the U.S. Army Engineer Research and Development Center. The center includes more than 2,500 employees and $1.2 billion in facilities.

Holland serves on the Mississippi College Board of Trustees. He earned his doctorate in civil engineering at Colorado State University.

The May 6 undergraduate commencement is for students with the School of Christian Studies and the Arts, the School of Humanities & Social Sciences, and the School of Science and Mathematics. It begins at 10 a.m. that Saturday at the A.E. Wood Coliseum.

MC Law School’s Spring graduation is set for May 12 at First Baptist Church Jackson. The program begins at 10 a.m. that Friday.