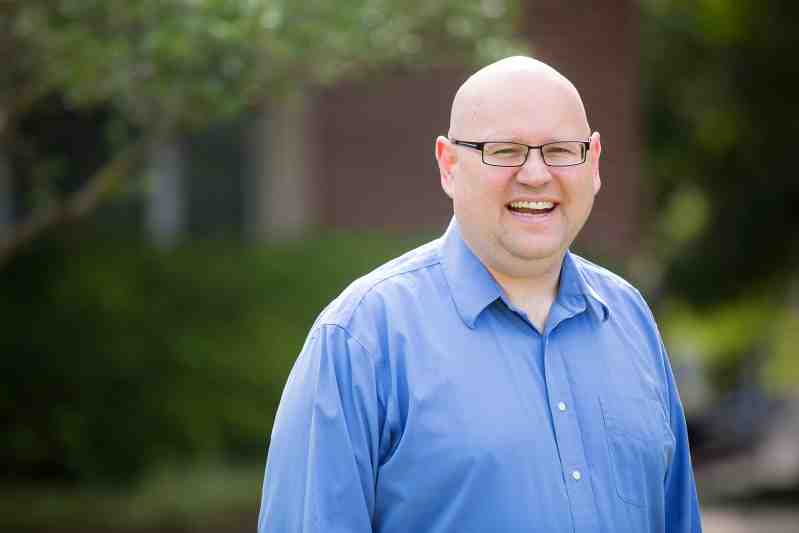 Christmas holidays are nearing, and the timing is perfect for a hymn sing at Mississippi College’s historic Provine Chapel.

Due to the COVID-19 pandemic, the Christian university’s Festival of Lights won’t happen in the chapel on the Clinton campus. Enter Dr. Knupp, who is practicing to put on a splendid concert production that Thursday evening. The program will be videotaped and appear on the MC Music Department’s YouTube channels for people to enjoy for weeks to come.

Hymns or songs of praise like “How Great Thou Art” are usually sung by church congregations across the USA this time of year.

But due to social distancing and other COVID-19 health protocols, musically gifted people discovered other ways to rejoice in Christ’s birth.

Dr. Knupp has a growing fan base in Mississippi and elsewhere. For many years, he’s served as the organist at Galloway United Methodist Church in Jackson on Sunday mornings. He’s also performed at the Washington National Cathedral and other legendary church venues during his award-winning music career.

“I came up with the idea because many, many people come up to me after a Festival of Lights program and say how much they enjoy singing with the organ,” Knupp said.

Since the MC Singers couldn’t perform in the chapel at the Festival of Lights this December, “I decided to bring at least part of that to a live stream performance.”

The Pennsylvania native will play arrangements of pieces such as “Of the Father’s Love Begotten” and “Still, Still, Still,” both of which are Christmas concert favorites at the Festival of Lights.

The rest of the program at Provine Chapel will feature eight traditional Christmas hymns such as “Joy to the World,” as well as Silent Night” and “O Come All Ye Faithful.” Words to the hymns will appear on the screen, so viewers can sing along while watching at home.

Music Department Chair Angela Willoughby will be featured reading Bible lessons telling the Christmas story during other portions of the concert. Music professor Tyler Kemp will oversee the technical side of the production.

The music professor is regularly showcased on the organ at MC graduations and at the annual Mississippi Baptist Convention in Jackson. He was scheduled to speak at the National Convention of the American Guild of Organists in Atlanta earlier this year. Instead, he filmed a lecture that was part of a virtual convention.

Last summer, Dr. Knupp uploaded videos to Facebook once daily for 100 days (to total more than 50,000 views) to showcase his wonderful performances on the organ.

What’s next for the Mississippi College professor in the new year? He plans to play a rock music concert on the pipe organ in early 2021.

He’s among many acclaimed organists making musical adjustments around the globe in the midst of the rapid spread of the coronavirus worldwide in 2020.

Said Knupp: “Most organists are streaming performances, so I’ve been able to watch many artists that I would have never heard.”