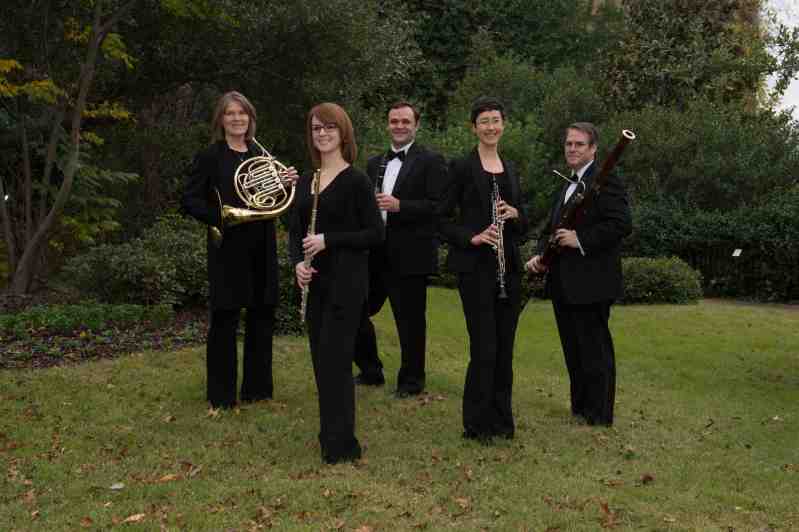 Performing at the Old Trace Park, Mississippi Symphony Orchestra Pepsi Pops concerts are a blast at the Reservoir. Fireworks always light up the skies. The group’s 37th annual show is set for May 10.

Making far less noise, the symphony’s Woodwind Quintet is booked for a February 8 concert at Mississippi College. It remains one of the signature events of the annual James S. Sclater Chamber Music Series. The program begins at 7:30 p.m. at the Jean Pittman Williams Recital Hall.

An award-winning composer, Sclater was a beloved Mississippi College music professor for four decades before retiring in 2010. A Mississippi Musicians Hall of Fame member, among many honors, Dr. Sclater played clarinet with the Mississippi Symphony Orchestra from 1971 through 2000.

The Clinton resident mentored many superb music students over the years. The University of Southern Mississippi graduate was selected MC’s Humanities Professor of the Year in 1998. He’s looking forward to the Woodwind Quintet performance. Their artistic skill levels are simply amazing.

The quintet consists of Mimi Linehan on horn, Amulet Strange on flute, Ken Graves on clarinet, Julie Hudik on oboe, while Jon Wenberg plays the bassoon.

Sclater knows each musician and he’s delighted to welcome the Mississippians to the Clinton campus. “They are one of the premier groups in the state and MC is fortunate to have them for the chamber series.”

He considers the Mississippi Symphony Orchestra members to be more than fabulous musicians. “All are friends I have known and played with for many years. I’m sure the audience will appreciate their musicianship and their choice of music.”

The five performers serve as adjunct professors in the Mississippi College Music Department, sponsor of the winter concert.

Tickets for the show are $20 for adults and $5 for students from any school. Tickets can be purchased at the door prior to the Friday evening concert in the Aven Fine Arts Building. The program is the final concert of the year in the Sclater Chamber Music Series.