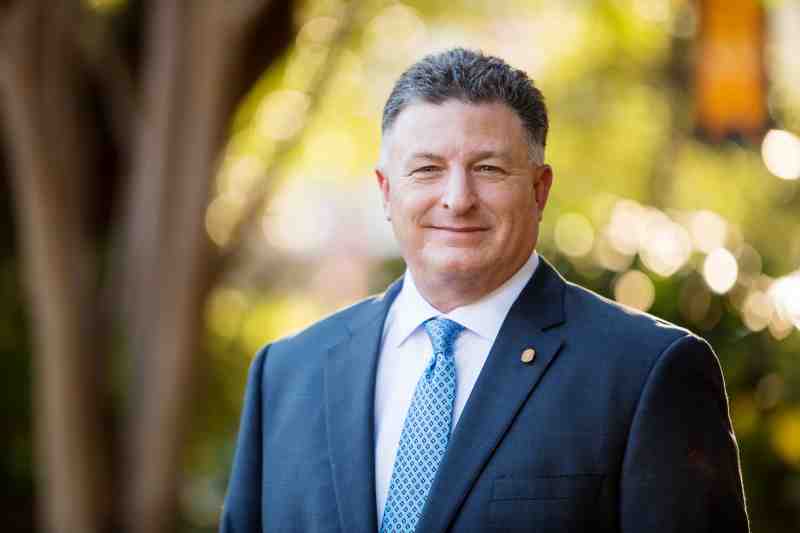 After 25 years as an administrator at his alma mater, Turcotte is taking on a new duties as the university’s executive director of alumni affairs.

It’s a position that’s a perfect fit for Turcotte. The Clintonian knows many of MC’s more than 35,000 alumni across the USA and around the globe. And he’s eager to encourage more of them to get involved in the Blue & Gold family.

It’s a challenging role for the former MC Choctaws standout kicker. But he’s already taken steps to broaden the outreach.  That includes touching base with grads via an informative Podcast, with President Blake Thompson his first guest. It will entail the usual road trips to cities like Dallas, Memphis, Nashville, Atlanta and Birmingham for alumni meetings.

The former MC student body president gets “A” grades on time management. He continues as vice president for enrollment services, teaches a higher education finance class and oversees four outdoor sports. Archery, the equestrian team, bass fishing and the clay shooting squads all sit in his administrative basket.

As MC begins its 194th academic year, change is in the air on the Clinton campus. It marks the second year in office for Dr. Thompson, MC’s leader since July 2018. Turcotte is delighted with his new responsibilities.

“I love the vision of Blake Thompson,” Turcotte said. At his Nelson Hall office, he’s pumped to report to work as a major part of the university administration. “I like the new excitement in my work life. There’s a skip in my step.”

The Mississippian pledges to step up connections with alumni, not only in the USA, but around the world.

Whether they live in metro Jackson or as far away as China, Mississippi College alums have success stories to tell. “Our grads have done remarkable things. And there are stories yet to be written,” Turcotte said. “I will make a strong appeal to alumni to send us the students we need.”

Many alumni are spread across the Magnolia State, from Southaven to Biloxi. “Over 50 percent of our alumni live in Mississippi – that’s north of 18,000 alums,” Turcotte noted.  “But we will also connect with people beyond.”

There are many dates on Dr. Turcotte’s calendar. That includes an alumni meeting tied to a November 4 men’s basketball exhibition matching MC and Ole Miss on the Oxford campus. There are trips to gather with alums from Washington, D.C. to Los Angeles.

Turcotte wears another hat as a strong advocate of MC’s hometown of Clinton. In January 2014, he served a year as president of the Clinton Chamber of Commerce.

A 1983 MC alumnus, the Mississippian works tirelessly to strengthen relationships between his alma mater and Clinton. More than 60 percent of the employees in Clinton public schools are MC graduates. Many of the business people in Clinton as well as retirees in the city are MC grads.

On Turcotte’s emails, his tagline sums up his commitment as an MC leader. “Let’s do something great for Mississippi College,” is his message.

He and his wife, Jenny, are faithful tailgaters on the Quad during the Choctaws football season with their dear friends, MC grads Tony & Carla Stringer of Tylertown.

With Turcotte making the job move, Jonathan Ambrose serves as new associate vice president of the student experience and dean of students.

In June 2014, Ambrose went to work as MC’s associate dean of students. He earned his doctorate in urban higher education at Jackson State University’s executive leadership program. The Clinton resident arrived at MC after eight years as an administrator in the student affairs division at Southeastern Louisiana University.