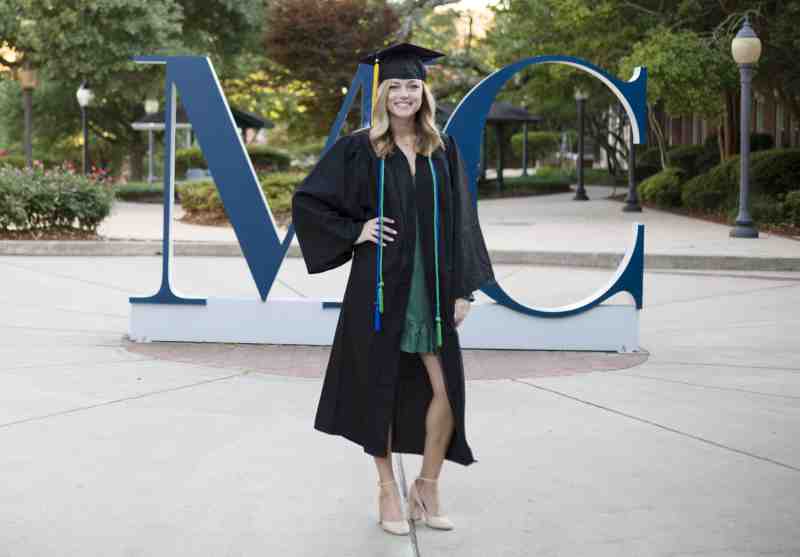 Balancing the demands of family life with rigorous MC studies, Keri maintained a perfect 4.0-grade point average since enrolling in 2016. Her strong academic performance was good enough for the 33-year-old Clinton resident to be selected MC’s Nelson Award recipient. MC leaders announced the honor at May’s commencement celebration on the Clinton campus.

The award goes to outstanding MC graduating seniors and is named for President D.M. Nelson. He served the Christian university for decades until his retirement in 1957.

A sociology graduate with a minor in the administration of justice, political science, and history, Herrington hit the books at MC, beginning with night classes, after earning her GED degree in 2007. Now she’s bound for MC Law School starting in August.

“I know my primary passions are to fight for Civil Rights and work in criminal justice reform,” Herrington said. In five years, she plans “to be actively working in law, fighting for people who do not have a voice.”

Not exactly sure what’s the best path to pursue over the next three years of law school in Jackson, she believes prayer and God’s help will be the guide. Faith is “the bedrock of my life choices. Every choice I have made since 2007 has been made through prayer and wise counsel.”

Every MC professor, Keri said, spends time getting to know their students. “You know they absolutely want you to succeed. They go above and beyond to ensure success.”

There were enormous challenges and hard times along her journey as Keri grew up in the Magnolia State.

“My childhood set me up for drug addiction and a life of poverty and abuse. When we found a home at Vineyard Church of Jackson, everything changed. My faith in Jesus saved me in more ways than one,” Herrington said. "My home church taught me how to live life after salvation to the fullest, walking every day to hear the voice of God. The restoration of my life is my favorite story to tell.”

Keri and her husband, Eric Herrington, have been married for 13 years. Together, they raised three children. Their Mississippi household expanded in 2018, with the couple granted custody of a trio of siblings. After homeschooling their children, the former Rankin County couple moved to Clinton three years ago. They enrolled all six children in Clinton public schools and couldn’t be happier.

“Clinton was a great choice since I would be closer to MC, with the hopes of making the home and college balance much easier,” Keri Herrington said. “The community and schools have been wonderful,” she said. “We also love the feel of a close community here.”

Her husband, Eric Herrington, is just as passionate about life in Clinton. He’s the lead field service technician for the Southeast Region of Getinge, USA, LLC. Employing more than 10,500 people in 38 nations, the company that began in Sweden is a global medical technology leader.

Look for Keri Herrington to be a leader, too, as the Mississippi native embraces a law career. “I plan on dedicating my life to seeing Mississippi become all that she can be, a better place for both my neighbor and me.”