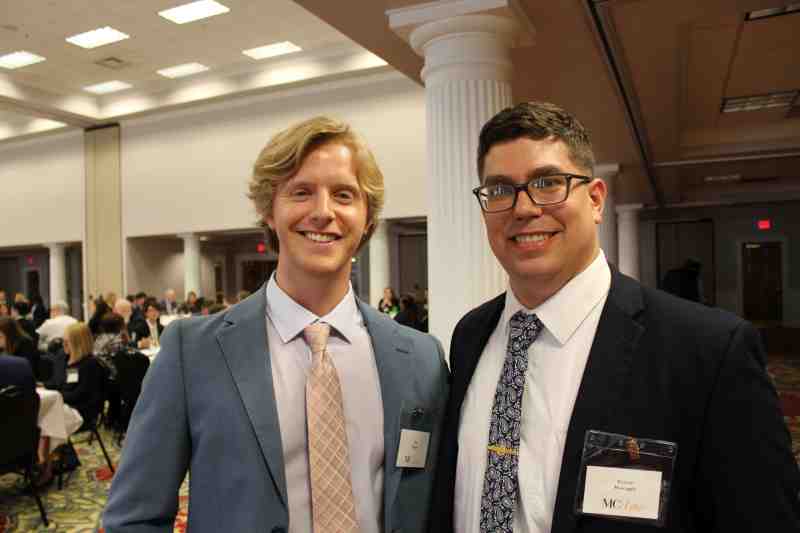 Now at age 60, the Gulfport mom is elated to pursue her passion - to become a lawyer. A former Exxon employee, Wagner believes God helped guide her path to the Mississippi College School of Law.

The New Orleans native was among 127 first-year students receiving sage advice from lawyers and judges at August 13 orientation sessions on MC’s Clinton campus.

A 1981 Tulane University graduate, Wagner believes the time is right to enter law school. This year, four of her six children will graduate from college. And a fifth one is working as a tugboat captain.

Whether they’re in their sixties or twenties, the new law students bring a wide assortment of skills to the profession. President Blake Thompson, MC Law Dean Patrician Bennett and legal leaders welcomed them Tuesday.

Taking a break from a session at Anderson Hall, Garrett Mascagni, 28, spoke of his journey to MC Law. During his four-year stint in the U.S. Marines, he visited with JAG lawyers who got him interested in the legal profession.

As a member of the mock trial team at Mississippi University for Women, Mascagni recalled the encouragement from MC Law Dean Emeritus Jim Rosenblatt.

Mascagni feels good about his choice. MC Law wants its students to succeed, Mascagni said, just like the Marines pushes its soldiers to become leaders.

He tried his hand at architecture, pottery and engineering. He also considered becoming an art professor as well. But MC Law got on his radar. “I love history, words and reading,” Sturgis said. “And Mississippi is where I keep my fishing boat.”

The minute Sam met with MC Law professors, administrators and staff, he felt right. “I never walked in the door without feeling welcome.”

Dean Bennett greeted a new class of first-year students from communities across the South and as far away as Pennsylvania and Montana. The students come from 17 states. Forty-two percent are Mississippians.

Each year, the Bar Association works with MC Law and the University of Mississippi Law School in Oxford to sponsor summer orientations. The James O. Dukes Law School Professionalism program is designed to help new students succeed in the classroom and later on in careers.

Part of the MC Law Class of 2022, Jordan Fuqua, 24, of Melbourne, Florida says the sessions proved to be very valuable. The room is filled, he said, with excellent lawyers and judges. A 2017 University of North Florida graduate, Fuqua finds the profession is appealing because “lawyers solve problems.”