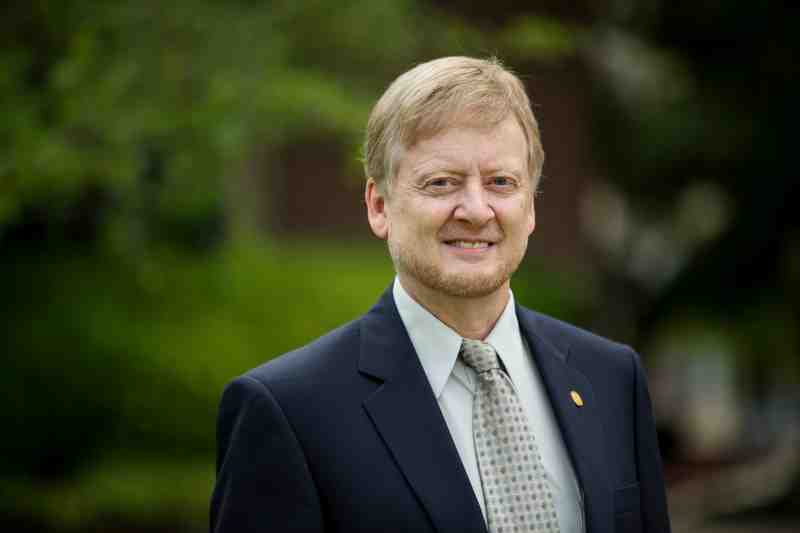 John Travis was thrilled to be selected as Mississippi College’s Distinguished Professor of the Year. It led the chair of the Mathematics Department to deliver the keynote address at MC graduations on December 14.

On February 26, the Clinton resident will be honored at the Capitol and later at an awards luncheon in Jackson.

The MC graduate joins educators and students being saluted at colleges statewide. They are being honored at the 32nd annual Higher Education Appreciation Day- Working for Academic Excellence program.

HEADWAE is supported by the Mississippi Legislature and sponsored by the corporate community. Leaders of the Mississippi Institutions of Higher Learning and the state’s Community College Board coordinate the program.

The chair of the MC Math Department since 2004, Dr. Travis remains active in a number of professional organizations.

The groups include the Mathematical Association of America. He served as chair of its Committee on Technology in Mathematics Education from 2013-16. Travis is the author of the recent online text titled “Essentials of Mathematical Probability and Statistics.”

Being recognized by the Mississippi House and Senate will be quite an honor, Travis said.

Also being spotlighted will be university student leaders from across the Magnolia State.

The awards luncheon that Tuesday will be at the Jackson Marriott Hotel.