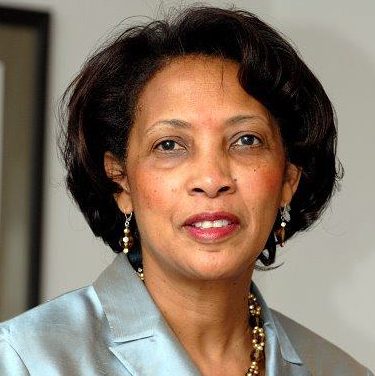 Magistrate Judge Linda Anderson has a sea of admirers in Mississippi’s legal family. The evidence is clear that her many years of splendid service is much appreciated in the Magnolia State.

Her fan base is strong, from members of the Mississippi Supreme Court to leaders at the Mississippi College Law School. Anderson was honored at a retirement reception in early January. And the accolades keep coming for this accomplished federal judge in the new year.

“If Judge Anderson has shortcomings as a member of the legal profession, as a judge, or as a human being, I’m unaware of them,” says Mississippi Supreme Court Presiding Justice Jim Kitchens. “It has been my privilege to know her and to observe her exemplary work for many years.”

In particular, Kitchens thanked Anderson for the attention and guidance she gave one of his sons during an internship at the U.S. Attorney’s office in Jackson. “From her tutelage and her example, he learned a lot about fairness and ethical conduct. My son is one of the legions of people who benefited from their positive interactions with Judge Linda Anderson.”

His remarks are among many positive testimonials for the beloved 1985 MC Law School graduate.

MC Law Dean Patricia Bennett salutes Judge Anderson as “an incredible person,” one who generously gives of her time to share her insights with students. “She is a reliable mentor to young people in our community,” whether they are law students, attorneys, or people outside the legal community.

“Judge Anderson is a model of professional and collegial behavior,” Bennett said. “I am grateful for her support of MC Law.”

Earning her degree at MC Law was a wonderful experience, Anderson said. It “changed the trajectory of my career and my life,” she said. “I am eternally grateful for the opportunities and blessings that I received as a result of MC.”

Anderson “is the embodiment of the American Dream,” says MC Law Dean Emeritus Jim Rosenblatt. She rose from humble beginnings in rural Holmes County to become a talented attorney and well-respected federal judge.

“Judge Anderson is a model judge and a gracious and wonderful citizen,” Rosenblatt said. “We will miss her on the federal bench.”

Over the years, Judge Anderson graciously hosted MC Law students in the Federal Courthouse in Mississippi’s capital city. She’s taken part in numerous programs with professional associations. As a role model and mentor, there are none better. Linda has proven to be “an inspiration to scores of law students and attorneys who know of her story and her life,” Rosenblatt said.

Members of the Mississippi Bar join other supporters wishing Linda Anderson the very best during her retirement years.

A native of Holmes County, Anderson taught music education to children in the Jackson Public Schools before entering MC Law School. The Mississippian worked as a full-time teacher raising two young sons while attending law school in Jackson. At the same time, her husband was a student at the University of Mississippi School of Dentistry. Both graduated in 1985. Linda also holds two degrees in music education from Jackson State University.

Following her MC Law graduation, Anderson worked as a law clerk with the Mississippi Supreme Court. She left to become an assistant district attorney for the Seventh Judicial Court District of Hinds and Yazoo counties. Linda worked with the first committee to lay the groundwork for creating a drug court in Hinds County.

In 1999, Anderson became an assistant U.S. Attorney for Mississippi’s Southern District. Her job performance was good enough for her to receive the Robert E. Hauberg Award for Distinguished Public Service in 2003. She prosecuted federal felony cases in the criminal division and represented the United States in the civil division.

Linda Anderson blazed a trail three years later. In 2006, Anderson was appointed as a U.S. Magistrate Judge for Mississippi’s Southern District. In that role, she performs duties with civil and criminal cases.

Anderson became the first federal judge appointed in the district. In addition, she was the first African American magistrate judge in either Mississippi district. Judge Anderson was elected president of the national Federal Magistrate Judges Association in July 2017.

Among her many honors, Judge Anderson received MC Law School’s Judicial Recognition Award in 2011. A graduate of Holmes Community College in Goodman, Linda was the recipient of the Mississippi Women Lawyers’ Lifetime Achievement Award in 2012.

Anderson stays active in a plethora of legal organizations and civic groups to benefit her native Mississippi.