MC Alert: MC operations on the Clinton campus and at MC Law in Jackson will close at 3:30 p.m. on Tuesday, Nov. 29, in anticipation of severe weather. All classes at both the main campus and the law school beginning after 3:30 p.m. are canceled. Please monitor local conditions and stay weather aware.
Posted Tuesday, February 28, 2017 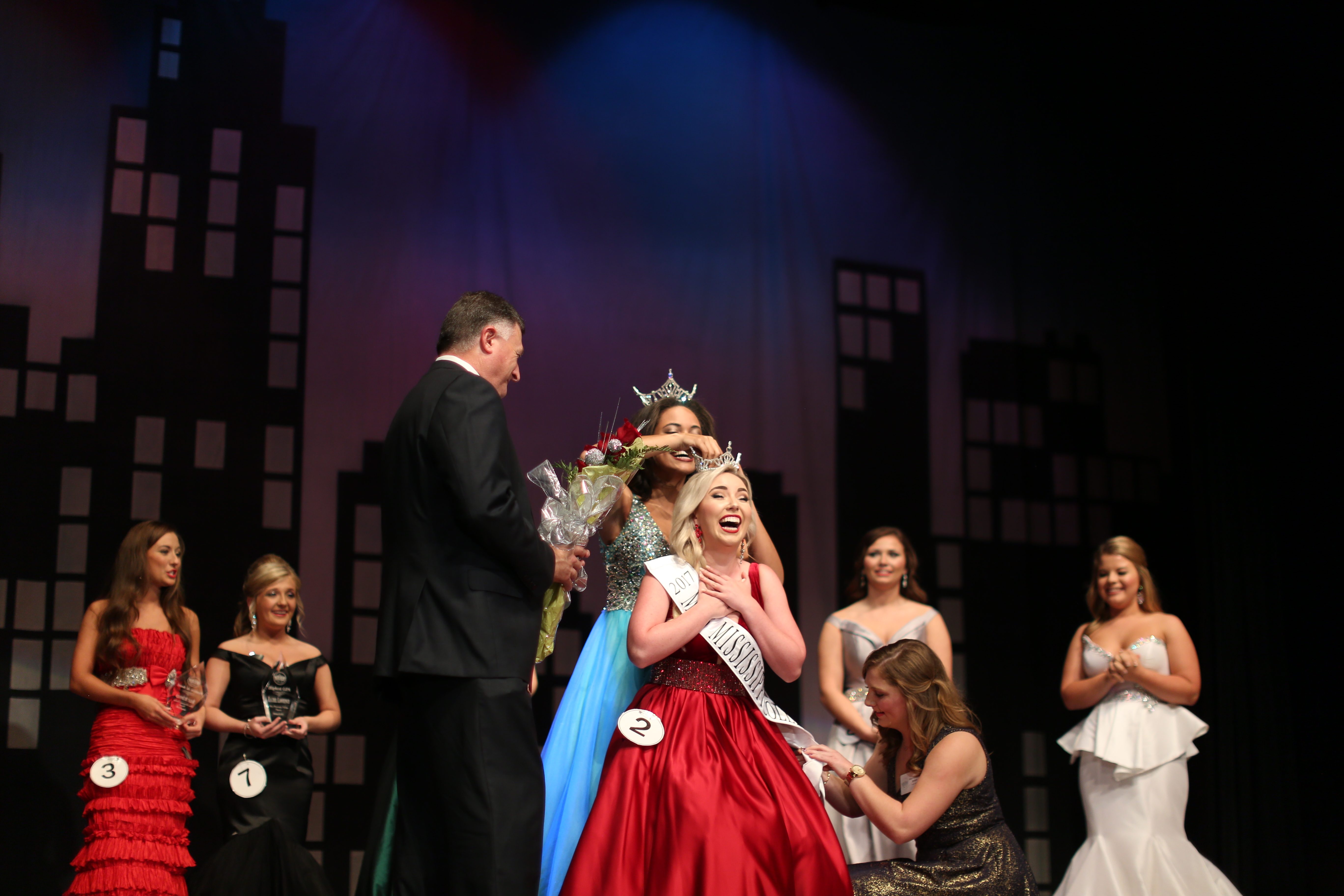 Lydia Myers recently starred as the hilarious Ellie May Chipley in the musical “Show Boat,” at Mississippi College. The Laurel resident stays in the spotlight as the winner of the 2017 Miss Mississippi College Scholarship Pageant.

The “funniest girl on the river” in Show Boat, Lydia wowed the judges at the February 24 pageant on the Clinton campus. A member of the MC Singers, she was impressive in interview sessions and her ability to connect with the audience. The public relations major sang her heart out on stage at Swor Auditorium.

Lydia’s platform as Miss MC is called the Worth Project. “It deals with self-esteem, promoting self-worth and specifically body image,” says the Jones County resident. “I want to help people of all ages find their identity and worth in Christ. I want to instill confidence and acceptance of the bodies God gave us.”

A 20-year-old transfer from Jones County Junior College, Lydia beat out eight other contestants to gain the crown. The daughter of Bill and Teri Myers is a graduate of Northeast Jones High.

The sky’s the limit for the talented Mississippi College junior who seeks to perform and glorify God on stage. “I pray that God will provide an open door in the future for church work, while I pursue professional performance opportunities.”

Classmates applauded the newest Miss MC. They believe Myers will be an excellent representative for the Baptist-affiliated university over the next twelve months.

“Her passion is promoting positive body image and self-worth,” said MC senior Mary Elizabeth Stringer, the pageant’s student director. “She hopes to minister to students across the campus.”

The pageant’s first runner-up is Jesse Bingham, 20, a Terry native, and the second runner-up is Muriel Collins of Union, Mississippi. All nine contestants displayed amazing skills, poise and leadership abilities.

“I know Lydia will be a great representative for our school,” Stringer said. “I am so proud of all of them.”

The production came before a nearly packed house at Swor Auditorium on Friday evening.

Picking a winner proved to be a difficult assignment for the team of judges.

Other judges were: Lisa Shoemaker, an MC grad and executive director of the Mississippi Cable Telecommunications Association, and healthcare executive Phillip Grady, an MC alumnus from Madison. Accountant Ted Watson joined Jennifer Smith, a Mississippi singer and MC graduate, to round out the all-star panel.

First runner-up, Jesse Bingham was elated to be part of the pageant.

She had tons of fun, but the event meant so much more.

“I am so happy to have met the other girls,” says Bingham, president of the MC student chapter of the Public Relations Association of Mississippi.

“They were all so incredibly beautiful and kind. It was an incredible experience,” Jesse added. Serving in the pageant, she said, “gave me a newfound pride for my university, and it pushed me to become a better woman.”