MC Alert: MC operations on the Clinton campus and at MC Law in Jackson will close at 3:30 p.m. on Tuesday, Nov. 29, in anticipation of severe weather. All classes at both the main campus and the law school beginning after 3:30 p.m. are canceled. Please monitor local conditions and stay weather aware.
Posted Thursday, September 20, 2018 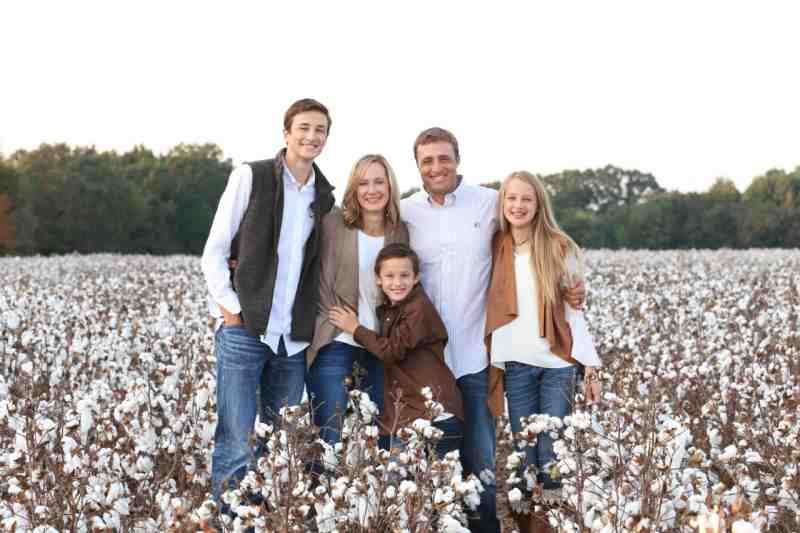 Mississippi College Young Alumna of the Year, Dr. Amy Jones, is joined by her husband, Michael, and their children: son Zach, 18, daughter Ansley, 14, and son, Will, 11.

MC’s Blue & Gold family will honor outstanding graduates like Amy Jones at the school’s 2018 Homecoming. The Madison pediatric dentist will receive the Alumna of the Year award at a dinner on the Clinton campus October 26.

Selected for that achievement by the Mississippi College National Alumni Association, Dr. Jones will be showcased at the dinner with other outstanding graduates. The Friday evening program at Anderson Hall begins at 6 p.m. Tickets cost $25.

Thousands of MC graduates will return for Homecoming as the nation’s second oldest Baptist college begins its 193rd academic year.

Jones has served as a pediatric dentist in Madison since 2007. The Madison Pediatric Dental Group where she works serves infants, children and teens in metro Jackson.

The former MC Lady Choctaws softball player received the university’s biochemistry award during her undergraduate days. Amy later graduated No. 1 in her class at the University of Mississippi School of Dentistry in Jackson.

Prior to becoming a Madison dentist 11 years ago, Jones did her pediatric dental residency at the Blair E. Batson Children’s Hospital at the University of Mississippi Medical Center in Jackson.

Dr. Jones also stays busy as a full-time mom. She and her husband, Michael, are the parents of three children: Zach, 18, Ansley, 14, and Will, 11. Zach Jones is an MC freshman this Fall and plans to join the Choctaws basketball team this season.

MC chemistry professor Leland Benton taught Amy for three years at Florence High. He served as her instructor again when she became a freshman on the Clinton campus.

He remembers teaching a very bright and committed student who always excelled in the classroom. “I never challenged Amy at Mississippi College because she mastered chemistry in two years at high school.”

Benton is really impressed with her family. “I loved her parents and older brother, Chris,” he said. “They’re a top notch family.”

Professors like Ted Snazelle in biology, Benton in chemistry and Coach Hap Hudson in kinesiology rank among Amy’s favorite teachers at Mississippi College.

For more information on MC Homecoming activities October 26-27, contact Lori Bobo of the Office of Alumni Affairs at 601-925-3252 or lbobo@mc.edu