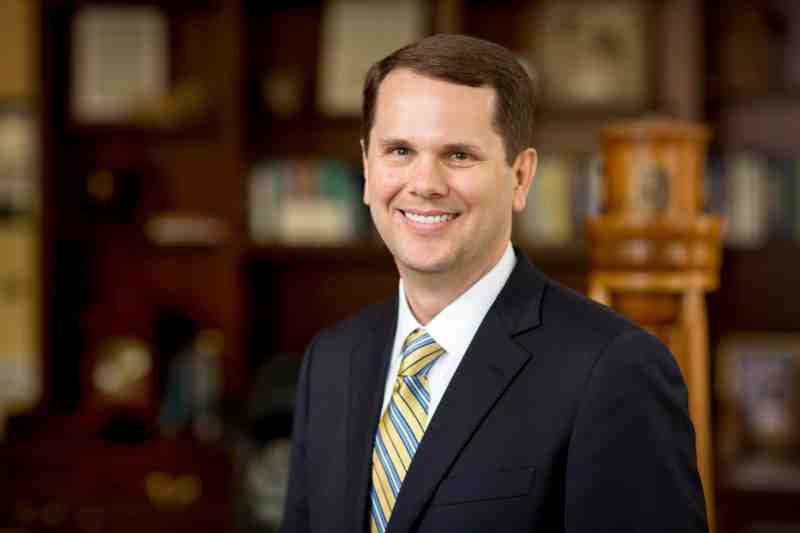 Dr. Blake Thompson, Mississippi College president, has become the president of the Mississippi Association of Independent Colleges and Universities.

Dr. Raymond Thomas “Tommy” King, president and chief executive officer of William Carey University, stepped down after two years of service as MAICU president. Thompson assumed King’s position within the organization, a consortium of private institutions of higher learning in the state that supports independent postsecondary education opportunities for all citizens.

Dean, who earned his Ph.D. in higher education administration at the University of Mississippi, served on the Mississippi State Board of Education from 2015-21, including two years as board chairman. He was former Mississippi Gov. Haley Barbour’s education advisor and a White House Fellow assigned to the U.S. Department of Education.

Thompson said he considers it an honor to serve as president of the MAICU.

“First, I would like to extend my appreciation to Dr. Fisher for his outstanding leadership of the MAICU,” Thompson said. “For more than 20 years, he has anchored the organization while its membership has grown to include seven private colleges and universities throughout the state. I am confident his successor, Dr. Dean, will continue Dr. Fisher’s legacy of success with the MAICU.

“I also congratulate Dr. King for his service as president of the organization. His guidance and counsel have proven beneficial as I have transitioned into the position.”

Organized on Dec. 7, 1967, the MAICU consists of institutions accredited by the Commission on Colleges of the Southern Association of Colleges and Schools.