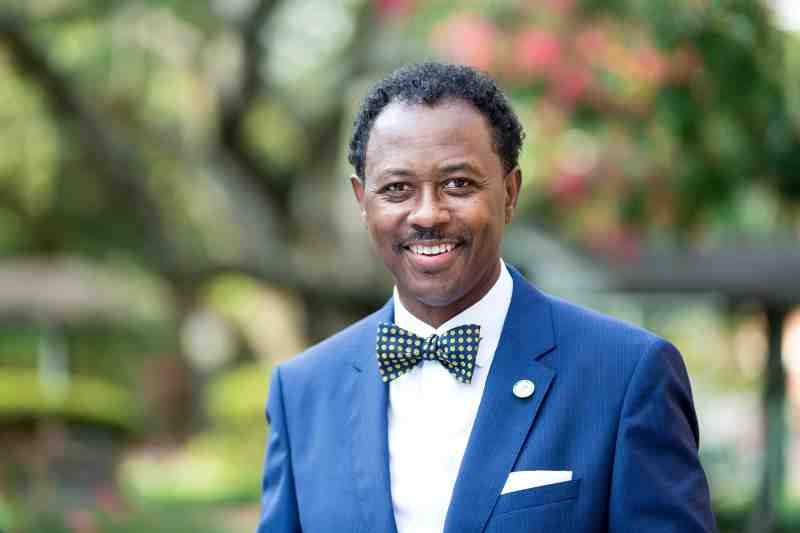 As a band director, vocal music teacher and principal, Mario Keys, Sr. sees his education career as a service ministry to help people.

Beginning in August, the Clarksdale native added a new chapter as a Mississippi College education professor committed to students.

Dr. Keys feels honored to join the family at the Christian university in Clinton. The Lord opened the door for him at MC, he says. “I have never felt more welcomed in all my career experiences.”

Transitioning as a professor in the Department of Teacher Education and Leadership has gone smoothly. The career move didn’t happen overnight.

“Since December 2019, I had been praying to the Lord for discernment as to what or where my next opportunity to serve would be.”

Jennifer Stafford served as Dr. Keys’ advisor and dissertation chair at Union University in Jackson, Tennessee where he obtained his doctorate. She told him of a teaching opportunity at MC. Before long, the Mississippian was on a path to take his leadership skills to the nation’s second oldest Baptist college.

As Mississippi College begins its 195th academic year, Mario Keys embraced a new home and is pleased with the warm reception from School of Education colleagues.

His parents inspired him and stressed the value of service. His father, Rayford Keys, was a member of the Department of Math and Science faculty at Coahoma Community College. His mother, Lela Keys, served as the coordinator of the Social Work Department at Northwest Regional Medical Center.

Family life and church service are priorities for Mario Keys, Sr. He and his wife, Timolin, a former small business owner, are the parents of two children, Regilyn and Mario, Jr. Their daughter, Regilyn, is a counselor at a home for girls. Their son, Mario, Jr., is working after recently earning a degree at a community college.

Dr. Keys is active in his church in the music and worship ministry, as a lay leader and church council chair. He’s the coordinator of the church’s Habitat for Humanity ministry. A member of Grace United Methodist Church in Memphis, he’s a talented musician. He played percussion instruments at church for 15 years.

Mario Keys began his career in his hometown of Clarksdale as the band director at W.A. Higgins Junior High. During 26 years as an educator, he taught vocal music at Millington Middle School in Millington, Tennessee and served in a variety of administrative posts.

The Mississippi Valley State University graduate has fond memories of his student days in the 1980s. On the Itta Bena campus, he played in the MVSU marching band as a freshman and sophomore.

Mario joined fans cheering Valley quarterback standout Willie “Satellite” Totten as he broke records tossing touchdown passes to star receiver Jerry Rice. A 20-year pro football legend, the San Francisco 49er great was inducted into the NFL Hall of Fame a decade ago. “I was in the band on the drum line. This was an exciting time.”

Mario’s service to the USA runs deep. During his freshman year in college, he enlisted in the U.S. Army Reserve. In 1990-91, the Deltan served in Operations Desert Shield and Desert Storm in Saudi Arabia and Iraq.

Dr. Keys received three degrees from Baptist-affiliated Union University, including his doctorate in educational leadership: administration and supervision. Until recently, he served as the principal at North Panola Junior High in Como.

Passionate about serving Jesus by service to others, Dr. Keys is the third new MC education professor this fall. He’s learned to make adjustments by masking up and following all COVID-19 health protocols.