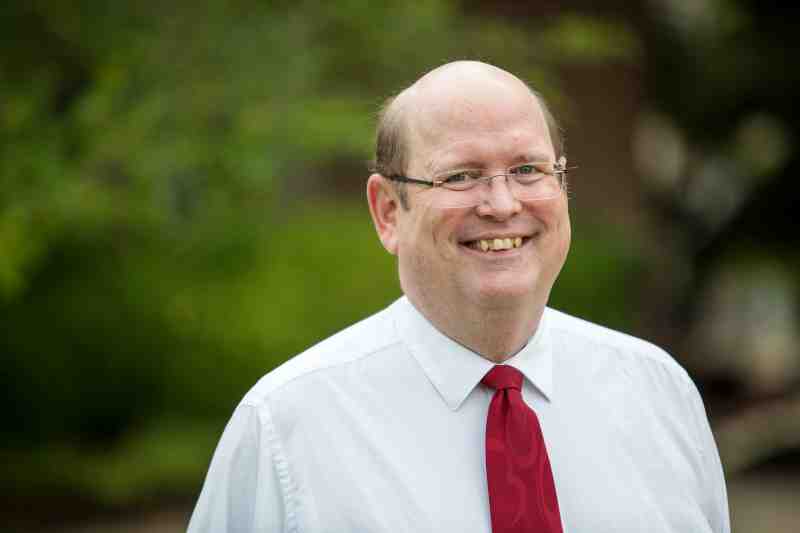 Tommy Leavelle counts many friends on the Clinton campus for nearly three decades as a Mississippi College math professor. The extraordinary educator is retiring at the end of the academic year.

It’s been an award-winning career marked by significant honors along the way for the Clinton resident.

In 2016, Leavelle received the Distinguished Teaching Award from the Mississippi-Louisiana section of the Mathematical Association of America. The group has advanced the profession for more than a century at colleges nationwide.

Mississippi College colleagues felt the award was a well-deserved honor. “We are proud of him for this recognition of his outstanding teaching and working with students,” said John Travis, the Mathematics Department chair. Whether teaching algebra, Calculus, or elementary statistics, Leavelle cherishes his time in the classroom since joining the faculty 29 years ago.

“Dr. Leavelle’s passion for students will be missed,” Travis said. “He enjoys teaching and finding ways to involve students actively in the learning process.”

Earning his doctorate at the University of North Texas in 1984, Leavelle gets high marks as a role model for students. A 1978 mathematics graduate of Wayland Baptist University in Plainview, Texas, he’s mastered a complex subject. But the Dumas, Texas native always discovers ways to make the field interesting and relevant to students.

What’s next for the Mississippian?

He’s moving a little over 500 miles away to spend his retirement years in Knoxville, home of the University of Tennessee.

Students appreciate his effective teaching style and commitment to offer help when needed. At times, the professor utilizes witty puns, and Dad jokes to spice up his math classes.

Tommy Leavelle never tires of work. For years, he’s served as the moderator during academic competitions featuring sharp, high school students. He rapidly fires questions to Mississippi teens during the finals of the Academic High School Competition at the Leland Speed Library.

One thing’s for certain is that Tommy Leavelle discovered a dream job at Baptist-affiliated Mississippi College. The 195-year-old institution builds faith for students and blends it with superb instruction.

“I have loved interacting with students and colleagues in an environment committed to academic excellence and the cause of Christ,” the professor said.

"I have enjoyed seeing the development in my students, including preparing the next generation to replace me. I got into mathematics because I was good at it and wanted to help others see the beauty and utility of the subject.”

Friends say they will miss this first-class contributor to the university community.

“Tommy Leavelle is one of a kind,” says Debbie Norris, the associate provost and Graduate School Dean. She appreciates how Tommy takes on many tasks.

For two decades, he’s helped MC re-accreditation efforts with the Southern Association of Colleges and Schools. He serves as a reader reviewing reports before being submitted to the SACS Commission on Colleges. He provides insightful feedback. “This is only one of the extra things that Tommy does for MC,” Norris said.

Tommy Leavelle "is a treasured friend of mine and the university,” Dr. Norris added. “His contributions are quite lengthy.”

"His intelligence, enthusiasm, and critical analysis skills make him a valuable professor and sought-after member on many campus committees,” Dr. Williams said. “His strong Christian character has made him an outstanding mentor and friend to all.”

Leavelle cherishes the fellowship time spent with colleagues at the university cafeteria or trips to Starbucks in Clinton. During fall Saturdays, Tommy regularly joins fans cheering the Choctaws during football games at Robinson-Hale Stadium. With so many friends in Mississippi, people predict Dr. Leavelle will return for visits to reconnect with the Blue & Gold family.