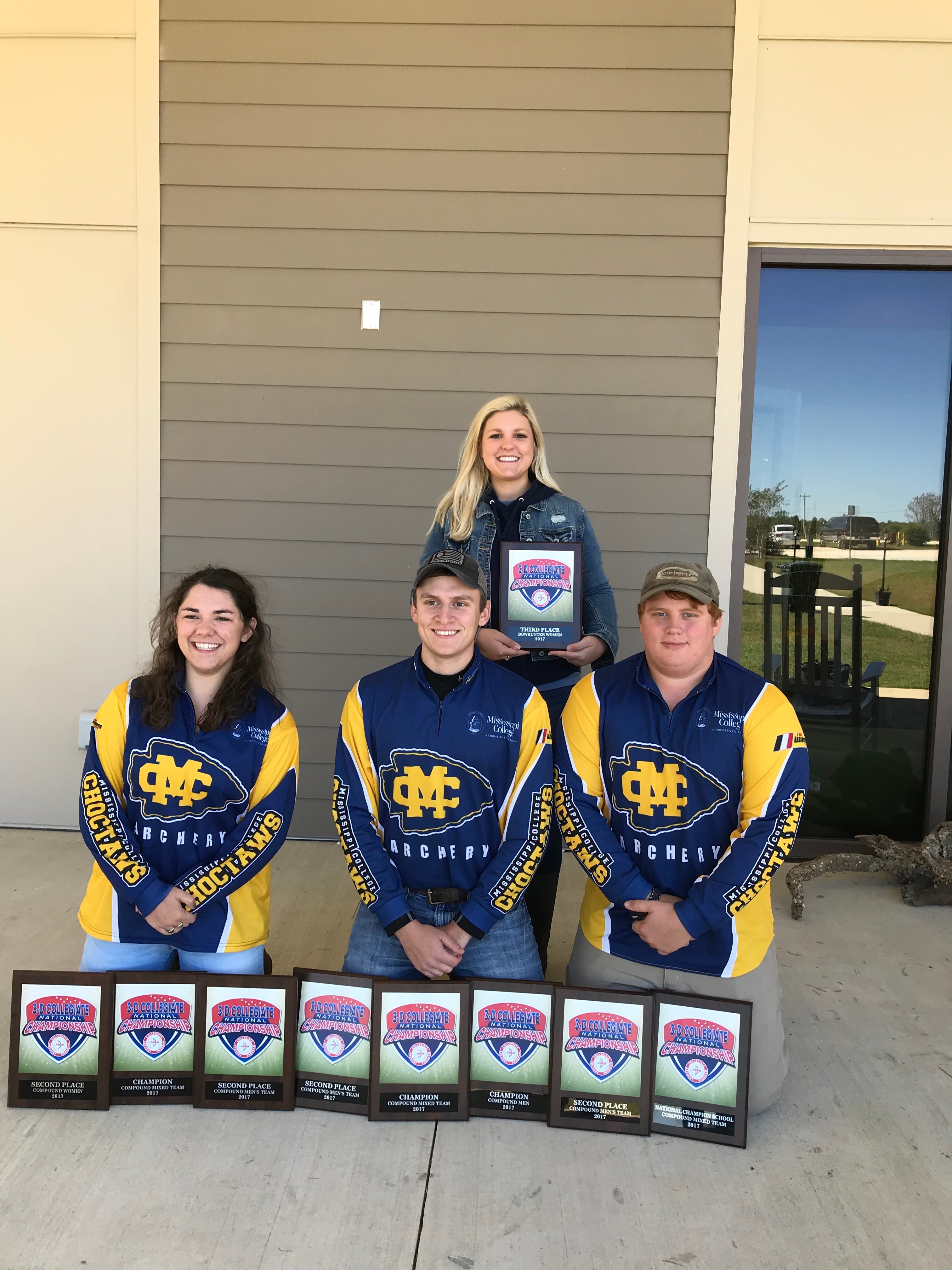 MC archers Emily Hootsell, Bradford Sauls and John Stanford in the front row. Morgan Hamilton, the team captain, in the back row.

Morgan Hamilton enjoys archery because it’s more of a mental game, a challenging sport that’s all about staying focused.

The Mississippi College archery team captain, Morgan is committed to making the Choctaws perform at the highest levels in national competition.

Fans are growing on the Clinton campus and via social media as Mississippi College begins its 4th season with an archery team. MC’s new season was really just getting started in Alabama in late October. Top shooters in the collegiate archery competition will next travel to the National Indoor Tournament in Las Vegas in February 2018.

Growing up a horseback rider who also competed in 4-H, Morgan Hamilton polished her target skills with Petal High’s archery program in South Mississippi. In Fall 2015, the sports management major enrolled as an MC freshman. She soon started practicing with bows, arrows and targets in the woods on the Choctaws’ first squad.

Since then, Morgan has taken her talents to the next level at sporting events taking her across the USA.

“It’s nice getting the opportunity to travel across the country to compete against colleges from all over the United States.”

Waldo Cleland has served as the Mississippi College team’s coach since its inaugural year. MC became the state’s first college to start an archery team. And since then, five other colleges across the Magnolia State joined the competition. There are 17 MC students on the current team.