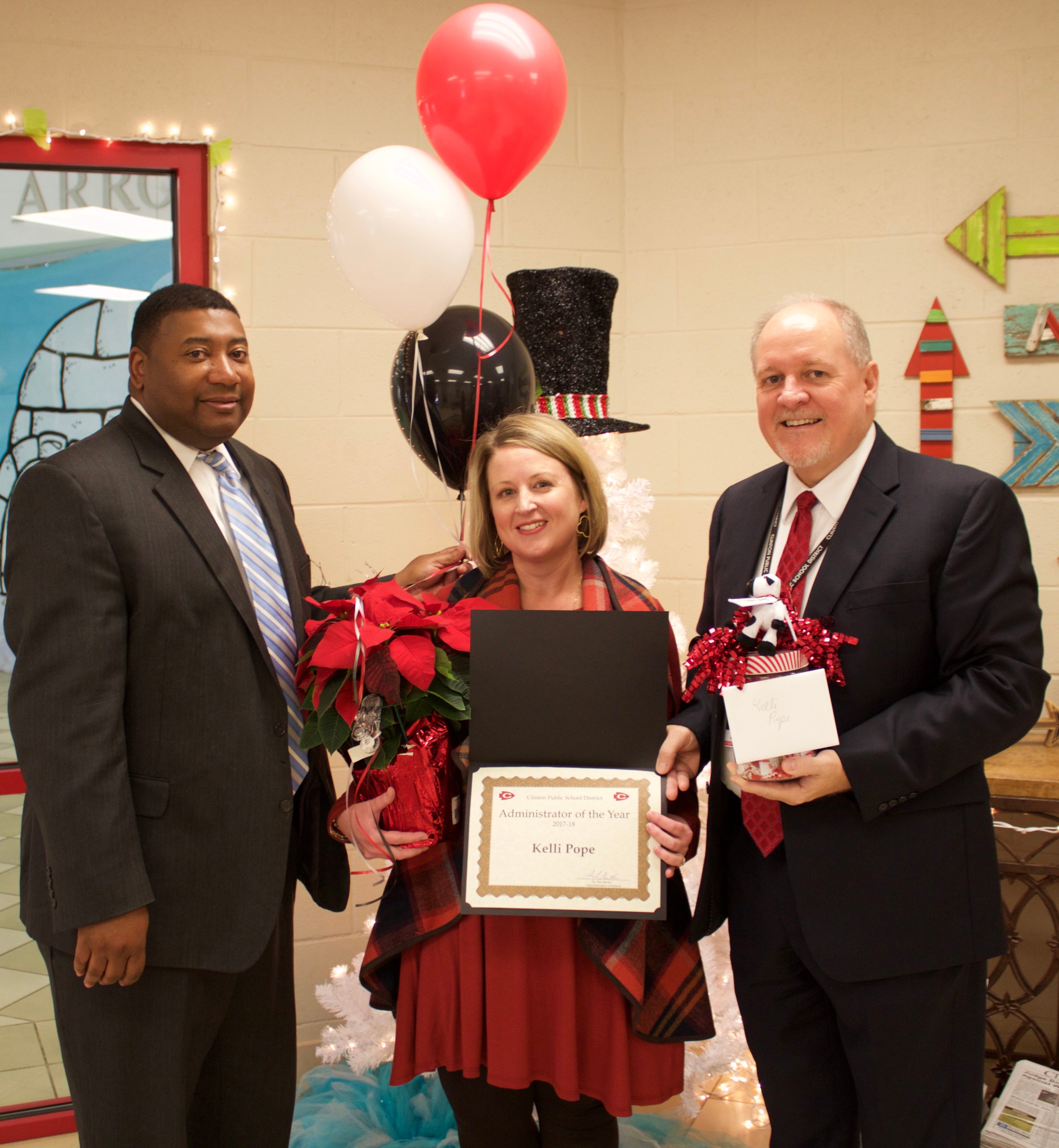 On December 13, Pope achieved a big honor as the district’s Administrator of the Year.

It’s just the latest indicator showing the Clinton Park Elementary School principal is well-regarded in scholastic circles and beyond.

“Clinton Park is the first home of the Clinton Arrows and Mrs. Pope runs a school that not only is academically successful but also welcoming for families entering our school district,” said Superintendent Tim Martin.

Clinton Park Elementary serves children in kindergarten and first grade. It is an A-rated school, the state’s highest possible rating. As principal, Pope partnered with the Barksdale Reading Institute to launch a Parent Academy outreach. The initiative is aimed at parents of pre-school children entering kindergarten in Fall 2018.

Pope received her bachelor’s in elementary education, an educational specialist degree and a master’s in educational leadership from Mississippi College in Clinton. She’s worked nearly 20 years in the district.

Pope “is a highly dedicated and passionate administrator who is committed to excellence,” Melton said. “ She knows her students, faculty, staff and parents. She provides a warm, welcoming atmosphere for each of them.”

The Clinton Park Elementary principal “is an excellent example of the type of caring, compassionate teachers and leaders we strive to nurture here at Mississippi College,” Melton noted. “We are incredibly proud of Mrs. Pope. We know she will continue to represent MC and the Clinton Public School District quite well.”

In the Clinton district, one of the state’s very best, Pope has thrived as a teacher, assistant principal and principal.

“I work with an outstanding group of administrators,” Pope said. “It is truly an honor to be selected to represent them and the Clinton Public Schools.”

In Spring 2018,  Pope will represent Clinton in the Mississippi Administrator of the Year competition. The Mississippi Department of Education hosts the school awards program.

Kelli Pope and her husband, Mike, are the parents of two children, both students in the Clinton public schools.