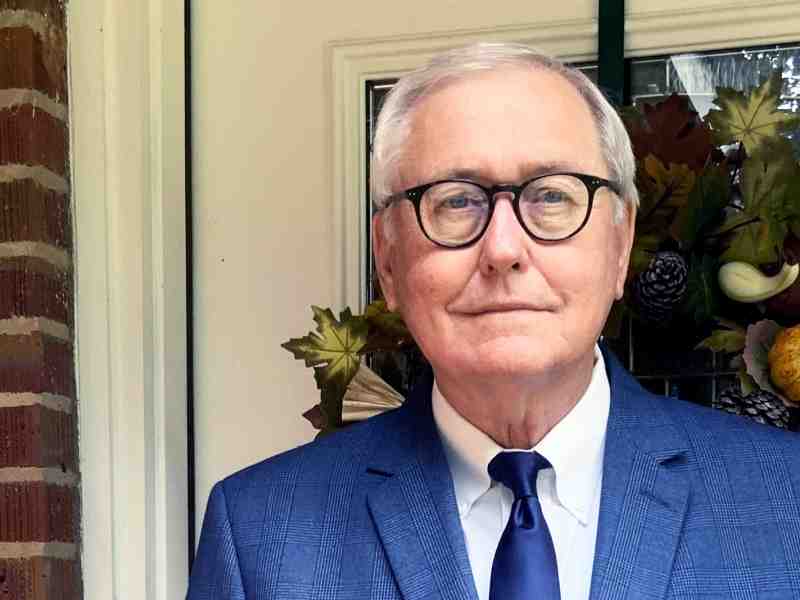 A former Mississippi College basketball standout, Tommy Allen went on to excel as a high school coach and became a successful insurance executive. The Mississippian served his alma mater with distinction for decades.

For his service to the Christian university, stellar career, and leadership roles with his church, the Meridian resident is being honored as MC’s 2020 Alumnus of the Year.

Allen’s roles include service as president of the MC National Alumni Board of Directors and leader of the National “M” Club. He’s been a member of the university’s Athletic Hall of Fame Selection Committee.

His list of notable achievements is quite lengthy in the Magnolia State.

Mississippi College National Alumni Association officials are honoring award winners virtually at the 2020 Homecoming in late October due to the COVID-19 pandemic. Tommy Allen and other recipients will be invited to the Clinton campus to be showcased at the 2021 Homecoming next fall.

MC administrator Jim Turcotte sums up the reasons why Allen was selected Alumnus of the Year.

“It is fitting on Tommy’s 50th reunion year that he receive our most prestigious award for his distinguished personal accomplishments and significant service to Mississippi College,” Turcotte said.

“Tommy has worked tirelessly through the years to encourage young people to attend MC. His influence on MC alumni is profound. Tommy embodies what it means to be an alumnus of MC, and we are grateful for all his many outstanding contributions.”

Tommy Allen played basketball at Southwest Mississippi Community College in Summit before coming to MC. He played on the Choctaws basketball team coached by James Q. “Stute” Allen. But the basketball letterman learned much more off the court as a student at the Baptist-affiliated university.

“The Christian values and small school atmosphere were very important core values. That led to friendships and relationships lasting over 50 years.”

People in the MC community such as Doc Quick, Stute Allen, Coach Bernard Blackwell, and Hazel Newman were all instrumental in developing core values and his maturity as an undergraduate.

Blackwell was executive director of the Mississippi Association of Coaches during the time Tommy Allen served on the board. A legendary MC administrator, the late Doc Quick encouraged him to give back to Mississippi College.

For many years, Tommy Allen influenced young people to attend Mississippi College. Several of his family members followed in his footsteps and became MC Choctaws. From Athletic Director Mike Jones to grads like David Holloway, Jehu Brabham, Jim Turcotte, Don Loftin, Danny Rutland, and Lisa Williams, there are plenty of people in the Blue & Gold family encouraging Tommy along the way.

Being chosen for the university’s top award is an unexpected recognition during the institution’s 195th year, he says. “I am overwhelmed for this honor and my heart is full of gratitude and emotion. I want to express my appreciation, gratitude, and thanks to Mississippi College for its influence on mine and my family’s life.”

Allen is married to the former Mary Emma Jagers. The Meridian couple has two adult daughters, Heidi Allen Smith, and Krisi Allen. Heidi is a 1993 MC alumna, while Krisi graduated in 1998. The Allens have three grandsons.

A graduate of South Pike High, Tommy began his career in the McComb public schools as a teacher and coach in 1970. He served as president of the McComb School Board from 1989-1992. Among Allen’s noteworthy honors: the baseball and basketball letterman was selected to the Southwest Mississippi Community College Athletic Hall of Fame.