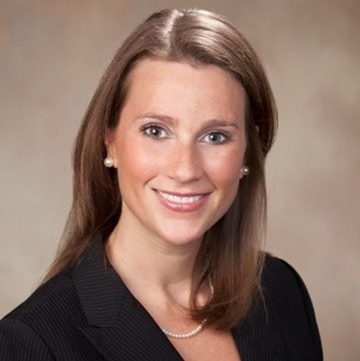 It's quite an honor for the Brandon resident, who also served as an MC Law adjunct professor.

From MC Law Dean Patricia Bennett to professors and colleagues in the legal community, Johnson has many admirers.

"Kristi has the ability and disposition to serve with distinction," Bennett said. "I pray with confidence that she will be able to make invaluable contributions to the judiciary."

Judge Johnson is "well prepared for her judicial role and has demonstrated excellence and professionalism at every stage of her legal career," said MC Law Dean Emeritus Jim Rosenblatt.

The Mississippian was "a superior law student, superb federal judicial clerk at the trial and appellate levels, and a forceful litigator as an assistant U.S. attorney," Rosenblatt added. "She was an effective leader in her role as Mississippi's first Solicitor General."

Her experience in the legal profession combines with "her intellect, respectful personality, and calm demeanor to make her a model trial judge," he said.

It shows, once again, that "MC Law graduates have received a quality legal education in Jackson," Armstrong said. "Our graduates are not only prepared to leave their mark locally, but nationwide as well."

Kristi Johnson "made tremendous contributions to this office and brought our appellate advocacy to new heights," Fitch said. "I am confident she will represent Mississippi well in her new role as Mississippi's first female judge for the Southern district."

In May, Johnson was nominated by President Donald Trump and received U.S. Senate confirmation to become a federal judge by a 53-43 vote on November 17.

The 40-year-old Oxford native earned her bachelor's degree at the University of Mississippi in 2003 before attending MC Law.

The Southern District of Mississippi is in the Fifth Circuit with offices in Gulfport, Hattiesburg, Natchez, and Jackson.

"She has a unique record of accomplishment as a public servant, a private attorney, a scholar, and a professor," Wicker said. "She will make a great judge."

Kristi Johnson served as a law clerk for the Honorable Sharion Aycock, chief district judge of the U.S. District in North Mississippi. Aycock is an MC Law graduate. Johnson also clerked with U.S. Circuit Judge Leslie H. Southwick. He serves with the U.S. Court of Appeals for the Fifth Circuit based in New Orleans.