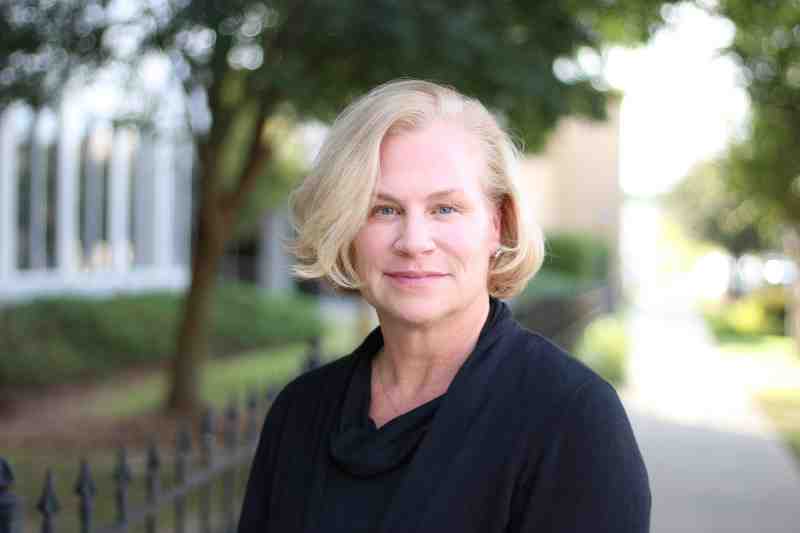 It’s been that way since she joined the university faculty in 2003. In 2019, Challener was named MC Law’s associate dean for academic affairs. Her sea of admirers keeps growing on the 362-student Jackson campus.

“Dean Challener inspires me because she is so intelligent and strong, while also remaining compassionate and kind,” student Allie Rose Parker says. “She pushes you in her classes not to pass her test, but to fully understand the material.”

President of the Student Bar Association, Parker, 25, commends the way the professor reaches out to so many, especially newcomers.

“She has been such a huge help to me during my law school career,” says the Olive Branch resident. “And I know I am not the only student who feels that way!”

Teaching civil procedure and related courses on the campus near the Mississippi Capitol, Challener is highly valued by colleagues.

Challener was selected as one of the institution’s endowed chairs as the Owen Cooper Professor of Law in 2020. Owen Cooper was a prominent businessman and humanitarian for decades. He helped improve the lives of many people with his Mississippi Chemical Company north of Yazoo City. A Baptist lay leader, he took a stand during the Civil Rights Movement to urge cooperation between whites and blacks. A year before his death in 1986, the Mississippi Baptist Convention named Cooper “The Southern Baptist Layman of the Century.”

Deborah Challener succeeded the late professor Jeffrey Jackson as the Owen Cooper Professor of Law. A teacher of civil procedure and ethics, Jackson died of cancer at age 59 in April 2016. “ I have very big shoes to fill and feel very lucky and privileged to follow in his footsteps.”

Teachers made a big difference in the professor’s life, from elementary grades through law school.

“What makes teaching at MC Law a dream job is the opportunity to teach and mentor our students, and hopefully make a positive difference in their lives,” Challener said. “Our students always amaze me with their different abilities, skills and life stories.”

An alumna of Oberlin College with a bachelor’s in English, Challener is a graduate of the University of Tennessee Law School. While there, she served as editor-in-chief of the “Tennessee Law Review.” Deborah received a master’s in public policy from Vanderbilt University.

After practicing law with the Morrison & Foerster firm in San Francisco, Challener began teaching at Washburn University School of Law in Topeka, Kansas. In 2002-03, she served as a Legal Writing Fellow at the University of Maine School of Law before joining MC Law.

From Dean Patricia Bennett to a lengthy list of colleagues, Challener is well-liked and well-respected.

“Dean Challener is a demanding teacher who expects her students to be well-prepared,” says professor Phillip McIntosh, director of the Center for Civil Law Studies. “She cares deeply about the students and their progress toward becoming lawyers.”

She was a superb choice to hold the Owen Cooper endowed chair, says professor Matt Steffey. An outstanding teacher, insightful scholar and a hard worker are how he describes her. “Debbie is also a treasured colleague and great friend.”

Away from her MC Law duties, Deborah makes family time a priority. She and her husband are busy parents raising twin eight-year-old boys at their Brandon residence.

A native of Huntington, New York, Deborah moved to Meadville, Pennsylvania, as a nine-month-old. She grew up in the city 90 miles from Pittsburgh and later in Shaker Heights, Ohio. Mississippi is her home now, and so is MC Law.