MC Alert: MC operations on the Clinton campus and at MC Law in Jackson will close at 3:30 p.m. on Tuesday, Nov. 29, in anticipation of severe weather. All classes at both the main campus and the law school beginning after 3:30 p.m. are canceled. Please monitor local conditions and stay weather aware.
Posted Friday, April 14, 2017 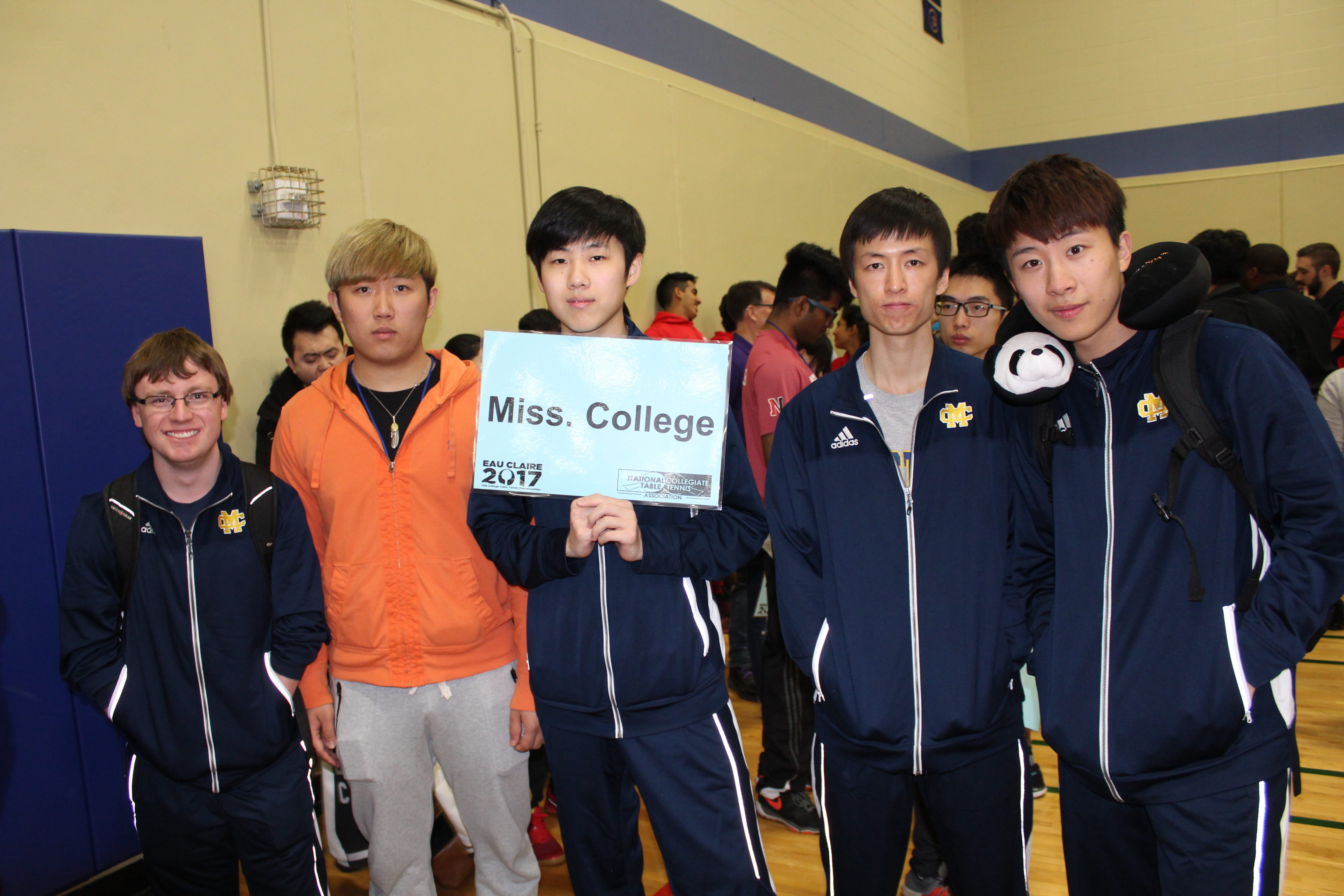 The April 7-9 event in the Dairy State attracted 250 of the best college table tennis players from the USA and Canada. A national powerhouse for 15 years, Texas Wesleyan University captured five of the six titles at stake, including their 13th coed team championship.

As players paddled away, the games were viewed by audiences on live streaming across the USA, China, Serbia, Canada, India, Greenland, and other countries.

Zhang and Sun defeated a strong Texas Wesleyan squad in doubles. But the MC teammates from China lost Saturday to a second, mighty TWU Rams team from the Fort Worth campus. Texas Wesleyan players captured a phenomenal 65 national collegiate titles in table tennis over the years.

Coached by Cheng Li, the MC Choctaws fell in a close match to the University of California-Berkeley on Sunday. As a result, MC finished in 4th place. The Cal Bears were led by Team USA standout Lily Zhang, who competed at the 2016 Olympics in Rio.

At the same University of Wisconsin-Eau Claire venue, MC won their only national table tennis coed team title in 2015 by edging Texas Wesleyan. MC finished second in 2016 as Texas Wesleyan reclaimed the crown.

The Wisconsin tournament closed out Yichi Zhang’s stellar four-year MC table tennis career. The 22-year-old was the national collegiate singles champ at the 2016 games in Round Rock, Texas.

When he’s not slamming table tennis balls, the MC senior hits the books as a computer science major. The native of Sichuan, China is busy job-hunting in the software field, too.

“He’s not only a great player, but also a better person,” Li said. “I am very thankful for Yichi Zhang’s contributions to the MC table tennis team.”

Yichi refuses to retire his paddle. “My passion for table tennis will continue to drive me to pursue a higher level in this fascinating sport.”

MC’s team wrapped up its 10th season. In year one, MC made its debut by finishing in 14th place nationwide. Moving up to No. 5 for three years, Mississippi College climbed to the No. 2 spot from 2012-2014.

“Attracting Team USA players and other extraordinary talent, the 2017 championships brought incredible competitors to Wisconsin,” said Andy Kanengiser, the team’s sponsor. “We gave it our best shot. Now we turn the focus to our 11th next season in August.”

Other MC players this season included Jeremy Gore of Walnut Ridge, Arkansas, Tomotaka “Tomo” Yoshitomi of Japan and Tong Zhang of China. “It was a great experience,” Gore said of the championships.

The Olympic sport “is an intense game and it’s nerve-racking,” adds Ken Gore, who joins the Dallas Baptist University faculty in June. “It takes a lot of skill to be part of it."