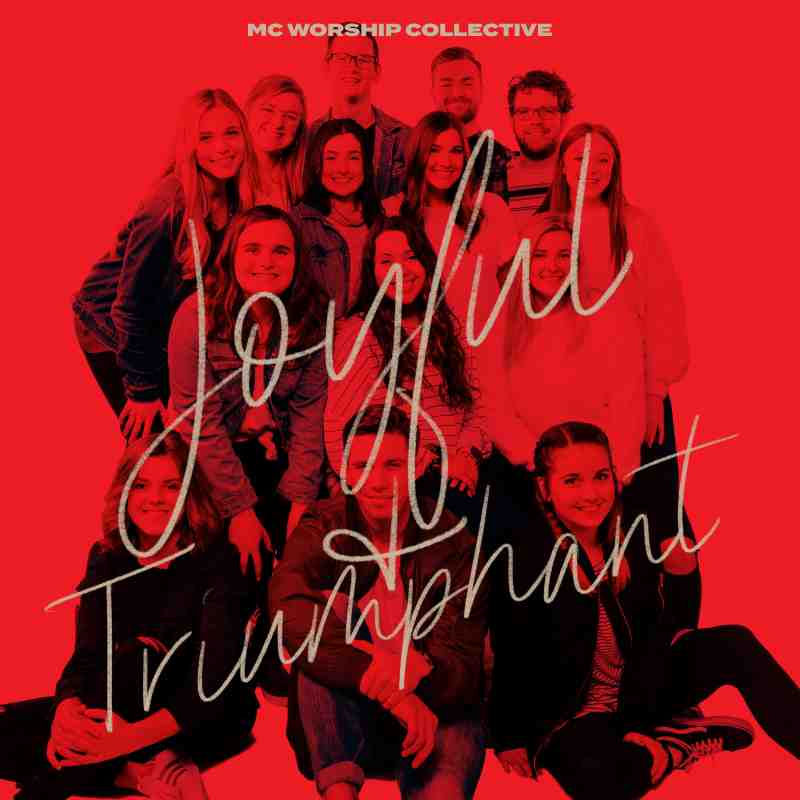 The album is titled “Joyful and Triumphant.” Recorded by music professor Will Bishop, the songs were mixed and mastered by Casey Combest at Blue Sky Studios in Jackson. It contains nine songs  spanning the traditional “O Holy Night” to several tunes written by Bishop, such as "The Word Became Flesh” and “Good News Great Joy.”

Other songs on the album were penned and sung by students, including senior Jared Vardaman of Morton ( “Hope of All Men”). The tune “Magnificat” was written by May 2020 MC music: worship leadership graduate Mark Soileau of Mandeville, Louisiana. A sophomore nursing major, Alden McKay of Greenville and Soileau combined on the vocals. Soileau is a graduate student at the New Orleans Baptist Theological Seminary.

Worship Collective albums are available on Spotify, Amazon, Apple, Amazon, Google Play, YouTube, and Facebook. The MC students’ music has been heard across the USA and in 29 nations – from Mexico and Italy to Finland, Japan, Ireland, and Australia.

The group’s director since its creation in 2018, Will Bishop, is delighted with the success of the Christian music ensemble as the students spread their message of faith around the globe.

A professor of worship leadership on the Clinton campus, Bishop sees only more achievements on the horizon for the Worship Collective.

In February 2020, the group surpassed the milestone of having its songs streamed more than 100,000 times. "Currently, we have somewhere around 115,000 total streams across all platforms,” Bishop said.

Other students performing with the Worship Collective’s new album include seniors Kinsey Costello of Keller, Texas, and Madeline Stanteen of Clinton, along with sophomores Malorie Steen of Vicksburg and Daisy DeLaughter, of Brandon. Other MC seniors in the group are Dan Joyner and Collin Fortenberry, both of Madison, Cedric Grizzell of Jackson, and Rakeem Wilson of Hamilton, Alabama. Junior Naomi Taylor of Lucedale and Lexi Sibley, who recently transferred from Hinds Community College, round out the group of performers.

Talented musicians with Mississippi College’s Worship Collective glorify God with their performances. Their fan base has been growing since the group’s birth. Last November, the group released their third album titled “Portrait of Grace,” with nine new songs.

“Being in Worship Collective has been the highlight of my college experience,” says Vardaman, a communication major.

In recent years, the group has performed at weekly chapel programs on the Clinton campus. The Music Department group also appeared at President Blake Thompson’s 2019 inauguration and at churches.

For the new album, students adhered to health protocols at Mississippi College due to the COVID-19 pandemic. "When we recorded vocals, we were careful to practice social distancing,” Bishop said. “We generally only recorded one person singing at a time.”

Whether it was recording traditional songs like “O Come All Ye Faithful,” or new music, Worship Collective students completed what the professor describes as a “herculean task” to wrap up work on the album.

In the face of adversity at times, “we triumphed over the challenges of COVID and finished the album,” Bishop said. “We hope that these songs spread a message of joy and peace to our students during this first post-COVID Christmas season.”