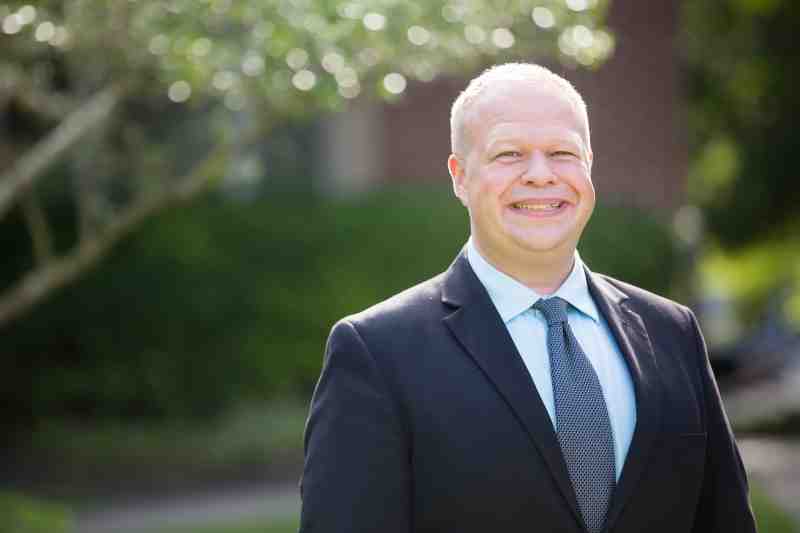 Benjamin Williams, professor and chair of music, likens this fall’s slate of musical performances at Mississippi College to both "an educational unit and a concert series."

A special Homecoming concert featuring a Broadway performer who is one of the most commercially successful graduates in the Department of Music’s history. A pair of one-act productions that represent the first on-stage operas performed in Clinton in recent years. The return of a cherished yuletide tradition and night of worshipful music arranged by a brand-new choir director. A robust series of free recitals, ensemble appearances, and master classes.

This fall’s slate of musical performances at Mississippi College by faculty, students, alumni, and guests include a number of intriguing options to delight music lovers of many genres, according to Benjamin Williams, professor and chair of music.

“It’s almost like we offer an educational unit and a concert series at the same time,” said Williams. He earned his Doctor of Musical Arts degree in composition at Ohio State University and serves as the organist at St. Luke’s United Methodist Church in Jackson. “Both sides of what we offer – the academic and the performance side – are what we love to do. We enjoy it.”

MC music students have plenty of opportunities to showcase their musical talents at the Christian University. Many of them will join Ezekiel Andrew, a 2011 MC graduate and current star of “The Lion King” on Broadway, for a pair of songs during his Homecoming performance, scheduled for 7:30 p.m. on Thursday, Oct. 27, in Williams Recital Hall in the Aven Fine Arts Building.

Williams said the chance to participate in the Lyric Stage @ MC concert with Andrew, MC’s 2022 Young Alumnus of the Year, is a dream come true for many music students.

“It’s an opportunity for our current students to look at a potential future for themselves from someone who made the most of the training he get here,” Williams said. “Not everybody will make it to Broadway, but those types of things are possible coming out of our program.

“Bringing that kind of talent back to perform here on our campus and having the opportunity to hear a Broadway star in Clinton is special.”

Williams also will take part in McCall’s performance: as bass player, he will join Tyler Kemp, instructor in the Department of Music, on piano as part of the on-stage musical ensemble that will accompany the Broadway legend as he delivers a medley of songs from “The Lion King.” Kemp serves as musical director for MC’s stage performances.

“We don’t often have this kind of talent on stage – you can only imagine the kind of musical experience that will be represented in this concert,” Williams said. “There are things that will happen that night that don’t often happen on that stage.

“It’s going to be exciting.”

General admission tickets for the Ezekiel Andrew concert cost $30 each or $15 for students with valid identification.

In addition to the one-night-only performance, the famed Broadway star will discuss his career journey with students during a masterclass and question-and-answer session at 2 p.m. on Friday, Oct. 28, in Williams Recital Hall.

After a hiatus of several years, opera will return to MC with the Lyric Stage @ MC’s performances of Menotti’s “Old Maid and the Thief” and Gilbert and Sullivan’s “Trial by Jury” at 7:30 p.m. on Saturday, Nov. 5, and at 3 p.m. on Sunday, Nov. 6, in Williams Recital Hall.

Williams said the one-act comedic performances are two of the most popular operas in America and are almost custom-made for today’s theatrical audiences.

“They are performed in English, and both are relatable, understandable, and very funny,” he said. “Our music students were interested in performing this genre of music, and many of our graduate and undergraduate students are really talented. They were excited about performing these operas.

“It will be a great experience seeing our students put on a fully staged opera.”

General admission tickets for “The Old Maid and the Thief” and “Trial by Jury” cost $30 each or $15 for students with valid identification.

The highly anticipated Festival of Lights will return to Provine Chapel at 7:30 p.m. Thursday-Saturday, Dec. 1-3. One of the longest-running annual events at MC, the tradition of a candlelit auditorium filled with Christ-centered a cappella and accompanied music began in 1986 under the direction of Dr. Richard Joiner.

“The Festival of Lights is always a big attraction for our department, and we’re excited to see what she will be putting together for this performance,” he said.

The Choctaw Chorus will join the MC Singers for a couple of songs, expanding the field of musical performers. The worshipful experience will include scripture readings in the tradition of Lessons and Carols, and the choir will enter and leave the chapel by singing “Of the Father’s Love Begotten.”

“It’s the perfect way to kick off the holiday season in our campus community,” Williams said.

General admission tickets for the Festival of Lights cost $15 each, $10 for MC faculty and staff with valid identification, or $5 for students with valid IDs.

Top-flight musical performances at MC aren’t limited to ticketed events. Some of the semester’s most rewarding and educational productions are free to attend.

“Every semester, all of our ensembles have an opportunity to perform and share their music, including the MC Jazz Band, Symphonic Winds, and the Choctaw Chorus,” Williams said. “Student recitals let graduate and undergraduate students showcase their talents. It’s a great time for family members and friends to come to campus and see what their students have been working on.

“Guests also come to campus for master classes. Students get to have some instruction from outside specialists.”

Lewis Oswalt, a former MC music professor and the 2022 Department of Music Distinguished Alumnus of the Year, will lead one such class in Sacred Harp singing at 3 p.m. on Wednesday, Sept. 21, in room 326 of the Aven Fine Arts Building.

“In early America, itinerant church musicians used to go from town to town and teach people how to read shape musical notations,” Williams said. “Lewis will lead Sacred Harp singing in our choir group of students and faculty. He will include instructions on how to read shape notes and history lessons about the tradition.

“I’m excited to have students meet him.”

“The Worship Collective performance will be a relaxing night of worship right before exams,” Williams said.

To see a full schedule of musical performances for the fall, visit https://music.mc.edu/events.