MC Alert: MC operations on the Clinton campus and at MC Law in Jackson will close at 3:30 p.m. on Tuesday, Nov. 29, in anticipation of severe weather. All classes at both the main campus and the law school beginning after 3:30 p.m. are canceled. Please monitor local conditions and stay weather aware.
Posted Monday, July 13, 2020 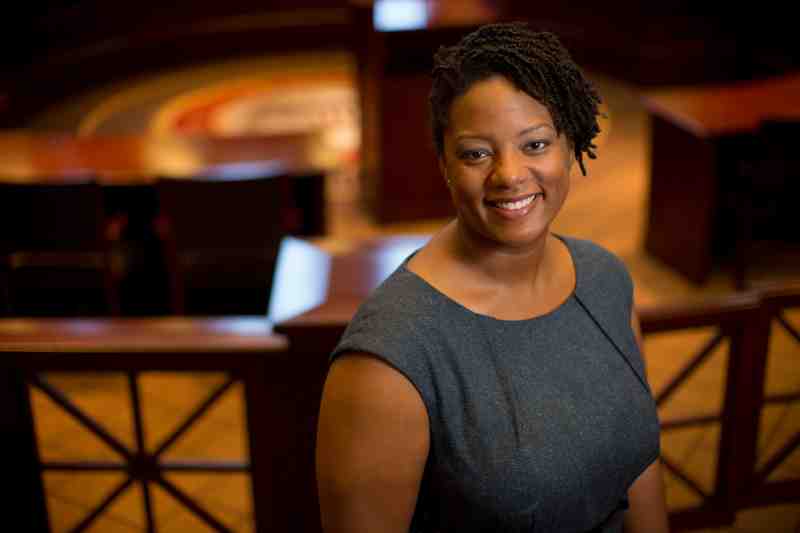 “I am confident that she will continue to provide the same compassion for the children and families in Hinds County,” says Mississippi College Law School Dean Patricia Bennett.

The Jackson-based clinic serving needy Mississippians in the region has been an integral part of MC Law for years.

“We hate to lose Carlyn but we are grateful that she is continuing in work that is a significant part of our mission,” Bennett said. “I appreciate the compassion, commitment and dedication Carlyn has provided to MC Law and the Mission First Legal Aid Clinic.”

Hicks, 36, has served as director of the Mission First Legal Aid Office, a pro bono initiative of MC Law, since August 2017. She oversees the operations of staff and volunteers providing legal services to more than 1,200 low income clients in metro Jackson. Carlyn began working with Mission First as a student volunteer, then became a staff attorney in September 2010.

She founded the Mission First Parent Representation Program in October 2012. For almost five years, Hicks represented indigent parents in Rankin County Youth Court. It was one of the first pilot programs for parent representation. She’s provided pro bono legal representation to indigent families involved in all stages of litigation in child welfare cases and identified resources to strengthen vulnerable families.

Hicks has worked to improve child welfare policy at national and state levels.

The Mississippian looks forward to serving Hinds County residents in a new capacity. “I am honored and humbled by the confidence Chief Justice Randolph has placed in me to assume this role. I pledge to bring fairness and compassionate competence to the bench.”

Hicks has served as chair of the Mississippi Bar Child Welfare and Child Advocacy Committee since 2016. She earned a bachelor’s degree in business administration at Jackson State University in 2006. Carlyn is a 2010 graduate of MC Law School in Jackson. In addition, she earned an MBA at Mississippi College in 2012 and is pursuing a doctorate in public administration at Jackson State.

A Jackson resident, Carlyn and her husband, Derrick, are the parents of one daughter, Leigh, 8. They attend Mt. Helm Baptist Church in Jackson.

“Carlyn’s record of accomplishment makes her exceptionally qualified and prepared for this role,” says MC Law professor Matt Steffey. “Carlyn has the talent, experience, and temperament to be an outstanding judge. The people of Hinds County will be well-served.”