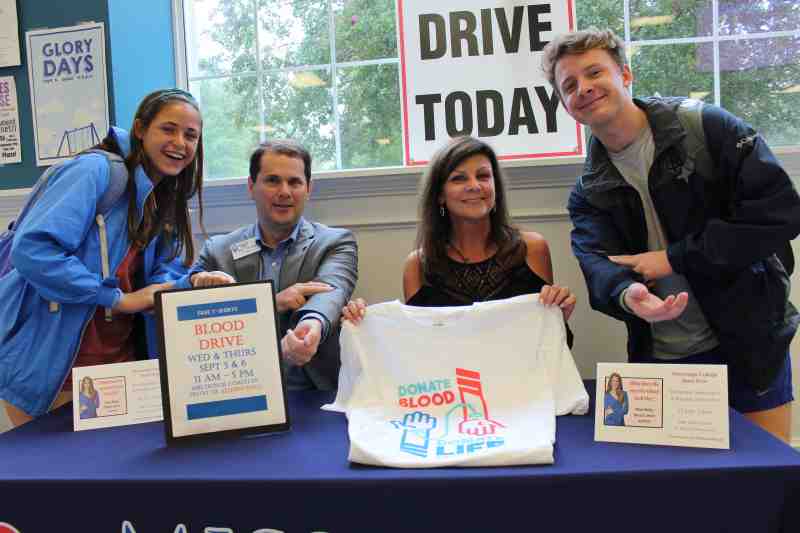 Some Mississippi patients are battling Sickle Cell Anemia. Others suffer from a heart disease making it difficult for the heart to pump blood to the rest of the body. ManyMississippians are fighting cancer. They all need blood.

In the drive’s first hour, seven Mississippi College students donated blood. In the second hour, ten more students joined the cause. There were 68 units of blood collected at the two-day MBS drive at MC.

Some students like Melissa South of Hernando said it was her grandmother’s fight against cancer that led her to take part in the blood drive.

“I like helping,” was how student Danielle Owens of Columbus answered when asked why she signed up.

Based in Flowood, Mississippi Blood Services staffers regularly visit the Clinton campus to conduct drives from one academic year to the next.

Blood drives date back decades at the Baptist-affiliated university. For the first time since becoming MC’s new leader July 1, President Blake Thompson was happy topromote the two-day event on the Clinton campus.

Seeing Dr. Thompson suddenly step aboard the bus to drum up support for the MBS drive “is a really cool thing,” said sophomore Amy Riley. The 20-year-old from Lafayette, Louisiana believes giving blood is just good to do.

MBS staffers like Bryan Catchings joined colleagues making sure the students weretaken care of with as little waiting time as possible between classes.

Mississippi Blood Services vehicles will return to the Clinton campus later this Fall. MBS staffers will be here to collect blood October 31-November 1 for a special drive that pits Mississippi College against Delta State University. The winner will be announced at the MC-Delta State football game in Cleveland on November 10.

Rivals in the Gulf South Conference, MC and DSU students remain on the same page when it comes to donating blood supplied to hospital patients across the Magnolia State. The Mississippi schools are located two hours apart.

Mississippi Blood Services staffers can be reached by calling (888)90-BLOOD.