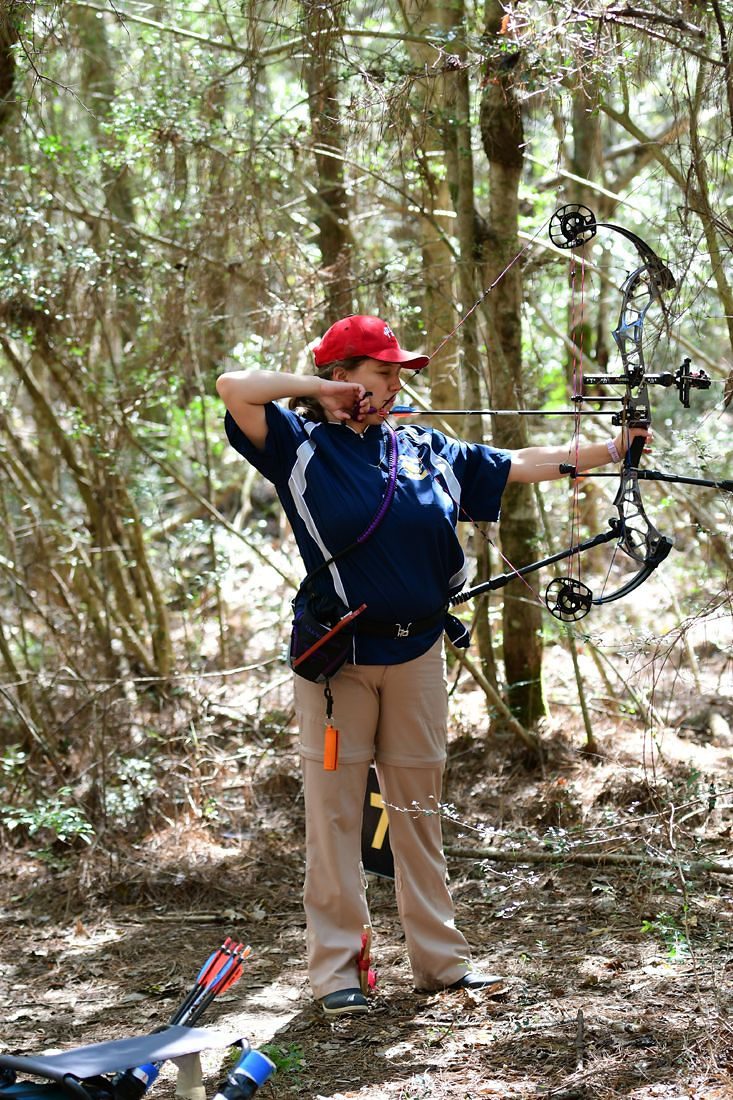 MC's Amy Smart of Diamondhead zeroes in on a target during the USA Archery South-Central Region Collegiate 3D Championship in Hattiesburg.

Mississippi College archers shot their way to an impressive finish in the USA Archery South-Central Region Collegiate 3D Championship in Hattiesburg on Sept. 25.

In its first competition of the fall 2021 season, the MC archery team swept all of four bow hunter and compound team events, while three archers captured individual first-place finishes.

It was quite an accomplishment, considering the tournament represented the first time many of the MC archers had ever participating in an intercollegiate 3D archery competition, according to John McDonald, MC archery head coach.

“I liked the way many of our shooters shot for the first time,” McDonald said. “This was the first 3D tournament of this type for several of our students. I was impressed by the way they performed.”

In 3D archery competition, archers mimic the hunting experience by shooting at three-dimensional targets of various sizes designed to look like animals. The targets are arranged along an outdoor course resembling a hiking trail.

Lexie Harris took second place in the women's barebow division by a whopping 60 points over the third-place shooter. While not placing in the tournament, Ann Mabry Dean compiled an impressive 174 score in the second round of her first 3D tournament.

Fresh from their USA Archery success, the Choctaws archers have already begun preparing for a busy tournament schedule in October.

“We just build from one week to the next, working on techniques and retuning our equipment to raise our scores,” McDonald said.

The team is slated to compete Saturday, Oct. 2, in the Mississippi Collegiate State Championship at Traceway Park in Clinton, and Thursday-Sunday, Oct. 14-17, in the USA Collegiate 3D Nationals in Foley, Alabama.