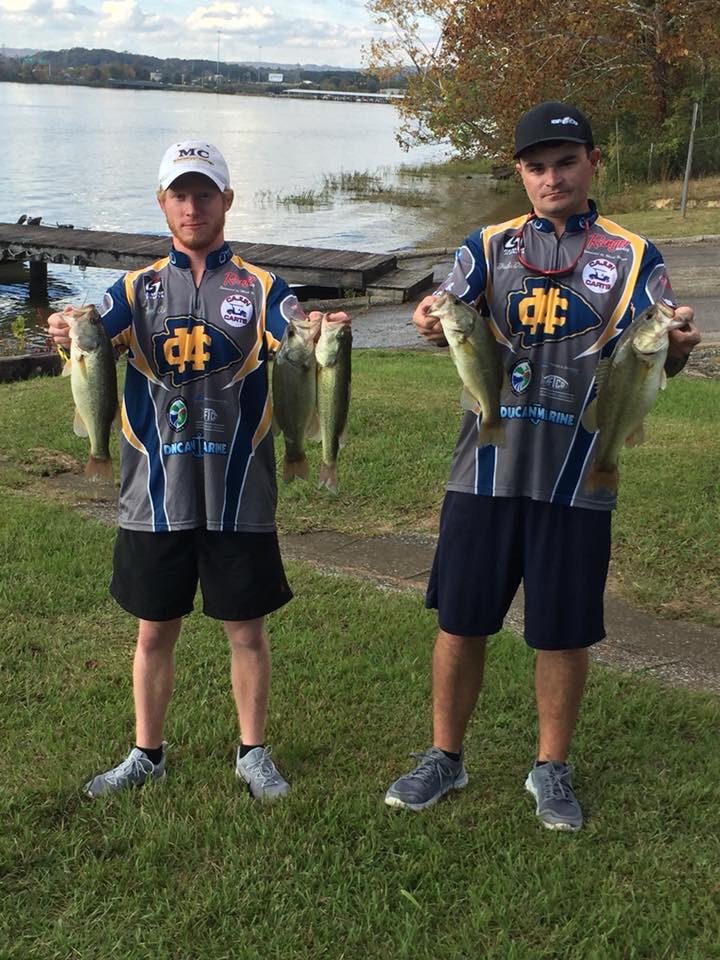 Mississippi College students Drake Denson and Terry Cox proved they are big-time bass fishermen at a tournament in Alabama.

The Blue & Gold anglers reeled in enough fish to capture first-place at the Cabela’s Collegiate Bass Series event on November 4.

Rivals from the University of South Alabama Bass Club finished in second-place. The South Alabama students offered their congratulations to the MC Choctaws fishermen on their Facebook page this week.

A communication major from Brandon and team captain, Denson said the recent triumph will boost MC in the overall standings in the region.

There were 17 teams competing that Saturday, including schools like Mississippi State, Ole Miss and the University of Alabama-Birmingham. A sophomore, Cox is a kinesiology major from Bay Minette, Alabama.

One other MC bass fishing duo, senior Hayden Speed of Jackson, and freshman Skylar Veach of Lakeland, Tennessee came in 10th place at the tournament at Neeley Henry Lake. It is located along Coosa Landing in Gadsden, Alabama.

Next up for Mississippi College’s bass fishing team is a trip to Cabela’s Collegiate Bass Series competition at Logan Martin Lake in Pell City, Alabama on November 18.

Others on the MC team include: Tyler Broome of Wesson, Thomas Fletcher of Coldwater, Austin Freeman of Prairieville, Louisiana, and Zach Oswalt of Columbus.