Mississippi College Celebrates Festival of Lights and Partnership with MPB 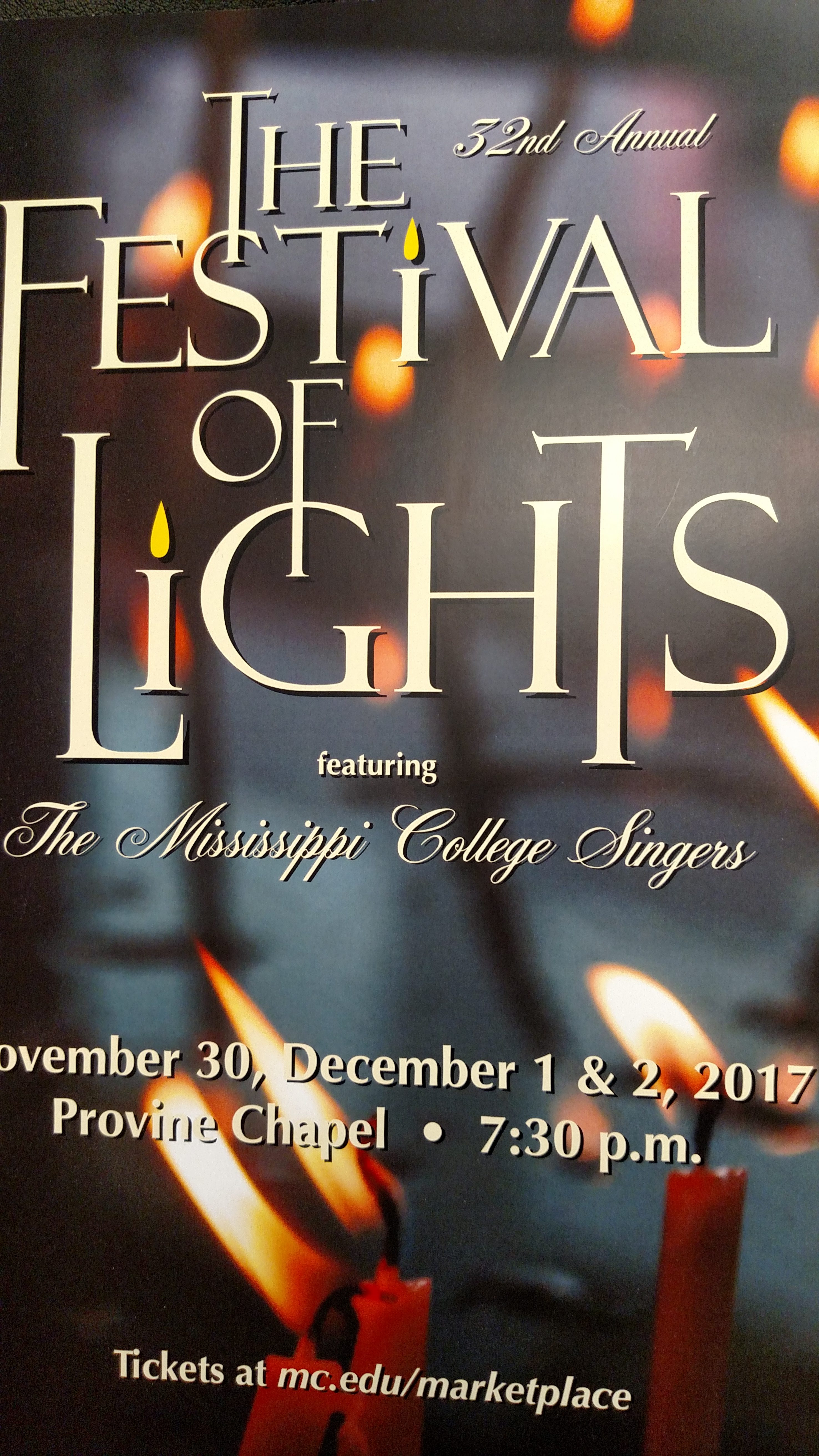 Mississippi College’s Festival of Lights concert will be shown to statewide TV audiences for the 2nd consecutive year thanks to MC’s partnership with Mississippi Public Broadcasting.

The 32nd annual Festival of Lights on the Clinton campus will be a wonderful performance that signals the start of the Christmas season, says Ashlynn Grissom, a member of the MC Singers. For the graduate student in conducting, it marks her 5th festival at the Baptist-affiliated university.

The Festival of Lights isn’t just another choir concert in Central Mississippi. “It’s a way to communicate the blessing of Christ through lessons and carols,” Grissom says. “To me, there’s something magical about all of us working together to lift our voices in praise.”

It’s always been a pleasure for the MC Singers to connect with the audience seated in pews at historic Provine Chapel. And now the award-winning student choral group can again take their message to TV audiences in communities stretching from south of Memphis to the Gulf Coast. Dates for the campus concerts are November 30-December 2 (starting at 7:30 p.m.). The MPB broadcasts will air several times through late December.

“I’m just thrilled we get to share this gift with an even larger audience,” says the Madison resident. “I hope this music will bless all of you the way it has blessed us.”

The 2016 broadcast garnered a regional Emmy award for Mississippi Public Broadcasting. MPB was honored by the National Academy of Television Arts & Sciences with a Southeast Emmy award, one of five such awards granted to the Jackson-based station.

“The collaboration of the MC Music Department and MPB was a joy in every way,” says Angela Willoughby, the department chair.

She anticipates this year’s production and the MC-MPB partnership will be even stronger in 2017.

The 55-member student group is preparing for the upcoming Festival of Lights as well as Christmas concerts in Vienna, Prague and Budapest between December 27 and January 6.

“The MC Singers have been working hard since September to prepare the music for this year’s Festival of Lights,” Nabholz said. “It is filled with familiar carols and beautiful music from around the world.”

That global flavor of music is a perfect fit at Mississippi College. MC welcomes about 270 international students from more than 40 nations, including China, India, Saudi Arabia and Nepal. “The whole Earth is praising God for sending His son for us,” Nabholz noted.

Last year’s concert featured the musical sounds of Russia, Nigeria, Latvia, Austria, Holland, England the USA. The concert concludes with the students exiting the building while clutching lighted candles in a darkened chapel as they sing “Of the Father’s Love Begotten.”

MC Singers member Sarah Brantley, 21, of Clinton was thrilled to watch the MPB program on Christmas Eve with her family after they attended her live performances. “Last year’s broadcast was incredible,” said the music major. The MPB crew made some changes for this year’s production. “I’m so excited to see how they create something even more awe-inspiring.”

The MC senior believes the statewide TV broadcast will reach thousands of people, an avenue to spread God’s love. “We’ve been given the opportunity to share our God-given gifts while spreading the news of Christ to anyone watching the broadcast, which is just so amazing.”