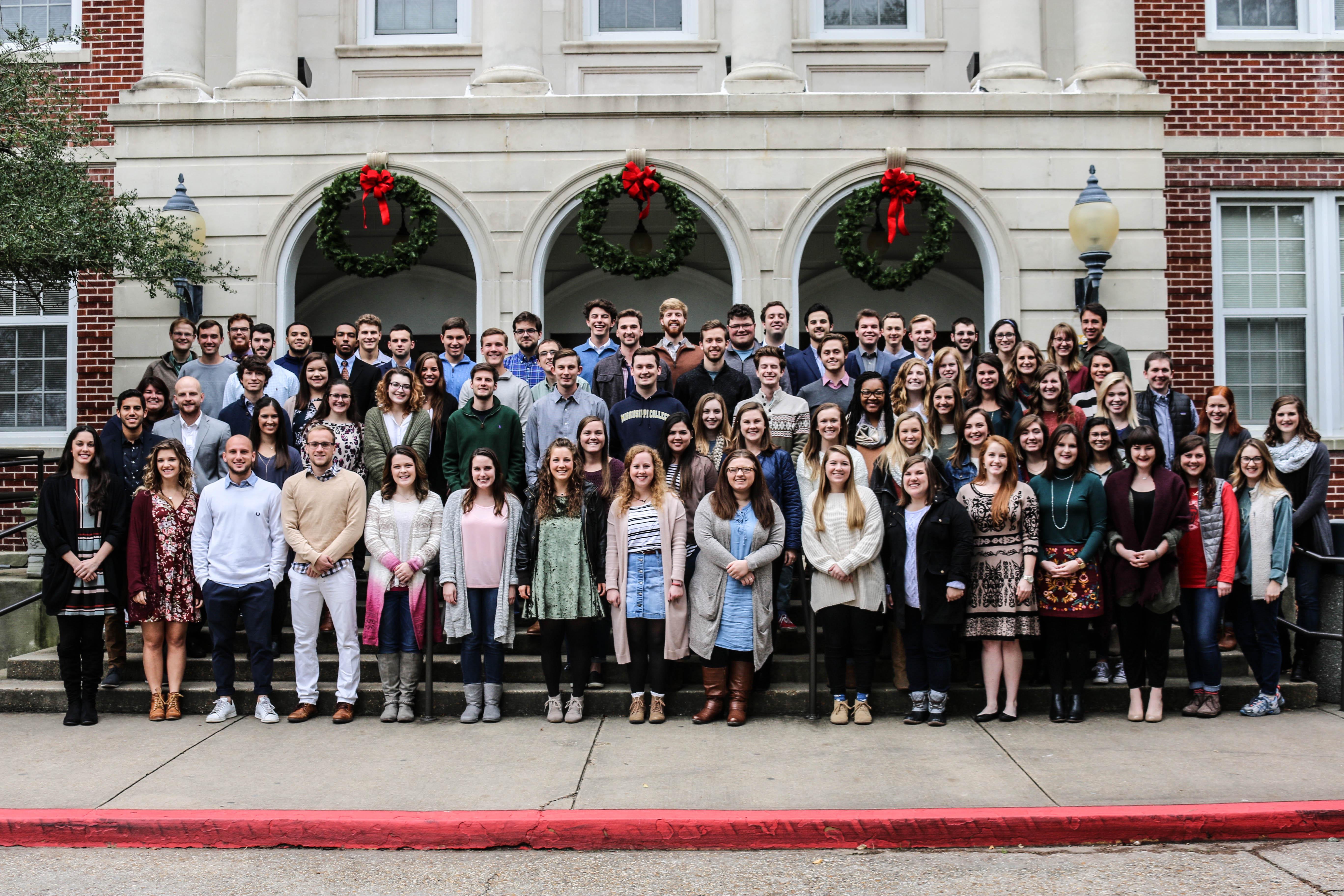 Mississippi College leaders will soon recognize 89 outstanding students at the initial meeting of the newly revised “Who’s Who” chapter on the Clinton campus.

The February 16 event at Swor Auditorium will include remarks from Jay Richardson, pastor of Highland Colony Parkway Baptist Church in Ridgeland. Richardson is an MC graduate. Parents, family members and friends are invited to salute the students that Friday.

MC officials acted to keep the campus organization alive in Clinton after the national Who’s Who organization stopped accepting student nominations for 2017-18.

Henry Pettus Randall, then a University of Alabama student, founded the national organization in 1934. Chapters grew over more than 80 years of existence to honor top-notch students at more than 1,000 colleges and universities across the USA.

But financial problems mounted last year. And the Who’s Who Among Students in American Colleges and Universities discontinued its honors program, said Jim Turcotte, vice president for enrollment services and dean of students.

There will be a few changes in the new year. The annual luncheon for students at Anderson Hall won’t happen in 2018. Parents will get the opportunity to take their “Who’s Who” students out to lunch following the morning program at Swor Auditorium.

Typically, the list of more than 1,000 eligible MC students gets narrowed to a few dozen. In 2011-2012, for instance, there were 71 students joining the national organization on the Clinton campus.

Over the years, speakers at “Who’s Who” ceremonies at the Baptist-affiliated university have included Jerry Rankin, president emeritus of the International Mission Board, and Gayle Wicker, a University of Mississippi administrator and wife of U.S. Sen. Roger Wicker. Rankin and Wicker, the first woman to become student body president at Mississippi College, are both MC graduates.

The new inductees into “Who’s Who” get recognized by President Lee Royce and other university leaders during ceremonies each year.

Students selected to the “Who’s Who” organizations are evaluated on the basis of their academic performance, community service and leadership skills.