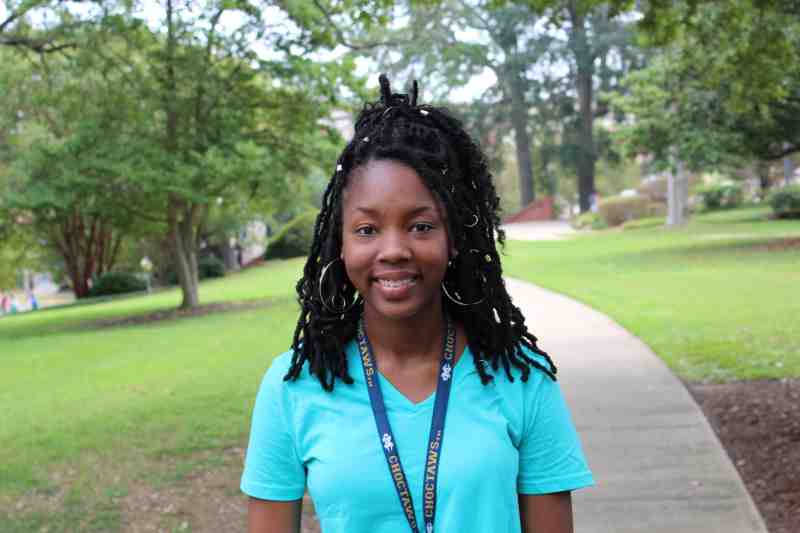 Mississippi College freshman Camryn Johnson, 18, of Byram is among the new members of the Class of 2022 on the Clinton campus.

Camryn Johnson sees the value of growing her faith as a student at a Christ-centered institution like Mississippi College.

Fall semester classes began just days ago, but MC faculty and staff, “encourage us to get into an open relationship with God,” Johnson says. The atmosphere on the Clinton campus “embraces us and welcomes us to worship freely,” adds the 18-year-old freshman from Byram.

The strong ranking comes from a new survey from the website onlinechristiancolleges.com that selects the nation’s leading 50 Christian universities. Its editors evaluated school costs, graduation rates, financial aid, academic programs, retention and other key factors. Schools rated must be “deliberately Christian in their missions.”

Mississippi College administrators echo the sentiments of the students regarding the newest national ranking. MC’s rating exceeded schools like Liberty University in Lynchburg, Virginia, Dallas Baptist University, Geneva College in Beaver Falls, Pennsylvania, and Harding University in Searcy, Arkansas. The College of the Ozarks in Point Lookout, Missouri near Branson ranked No. 1 with Westmont College of Santa Barbara, California the runner-up.

“MC has been not only a pioneer of American Christian higher education, but continues to be a solid leader in the field as well,” says School of Education Dean Cindy Melton.

Faculty and staff worked hard, Melton said, to build MC’s academic reputation and carry out the university’s mission and ministry. “It is quite exciting to be part of such a vibrant campus.”

Vice President Ron Howard says school officials are proud to see their school receive high marks. Whether for students online or in traditional classrooms, MC remains focused on “strengthening faith for living and learning for life.”

Mississippi College’s vision is to be known as “a university recognized for academic excellence and commitment to the cause of Christ.” It’s been promoted for years by President Emeritus Lee Royce and now his successor, Blake Thompson, who arrived July 1.

The onlinechristiancolleges.com survey serves as a handy tool for students deciding where to pursue higher education studies.

Admissions director Kyle Brantley says MC recruiters will plug the survey in the months ahead. “This is a special honor and one we will be promoting to our prospective students and their families.”