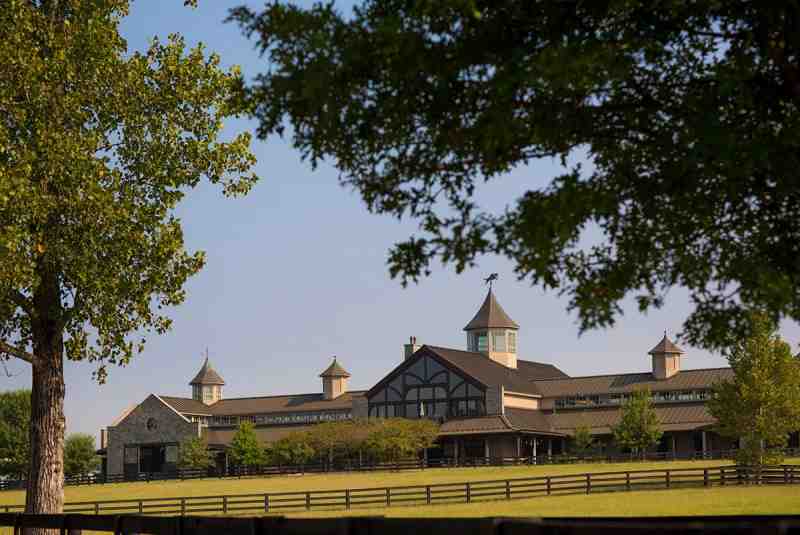 Macy Urbanosky saddles up for her second season on the Mississippi College equestrian team and couldn’t be happier spending time with horses.

“The equestrian team brought me to MC actually. And I fell in love with not only the horses, but also the Christian atmosphere of the campus,” Macy says.

Between practices at 2,000-acre Providence Hill Farm, the Fort Worth, Texas residenthits the books. The 20-year-old sophomore is a business administration/pre-law major on the Clinton campus.

Urbanosky’s favorite horse is named Biscuit, but she enjoys riding each one at the scenic farm. “The connection between the horses make my sport at MC unique.”

Coach Claudia Billups leads a spirited bunch of Lady Choctaws who compete at the highest levels in the Intercollegiate Horse Show Association.

This Fall, MC launches its 13th season with a road show sponsored by Trinity University. The event October 19-20 will be at the Marglin Ranch in New Braunfels, Texas. The TU squad is one of the longest-standing club teams at the school based in San Antonio, Texas.

But the MC equestrian team is used to facing tough competition in its collegiate division spanning Mississippi, Louisiana and Texas.

“They are a great group to work with, and I’m excited to see where this team goes,”Billups says. “They are a talented group of riders and this year’s team has great depth at each one of the levels that make up our competitions.”

Spring competition brings MC to competition hosted by Rice University February 1-2. It will be held at the Southern Breeze Equestrian Center in Fresno, Texas. Hosts always supply the horses for riders.

“We have a busy schedule packed with lots of opportunities for the team to grow and develop their skills in order to strengthen MC’s position within our region and zone,’’ Billups said.

In March, rider Mackenzie Beard of Katy, Texas qualified for the regionals in Baton Rouge. Mackenzie and Coach Billups also visited SuperTalk Mississippi studios in Jackson to discuss their sport with radio host Mary Wieden. An administration of justice major, she’s returning for her third season as an MC rider.

The five Mississippians are: Kaitlin Williams of Hernando, Leslie Ann Fleming of Canton, Georgia Wasson of Madison, Audrey Sanders of Hattiesburg and Miriam Berry of Brookhaven. Alabama riders include: Lauren Sullivan of Wetumpka, and Grayson Manasco of Fairhope. Ashlin Grubb of Jefferson, Aubrey Smith of Vidalia and Michelle Planchard of Covington are the trio of Louisiana riders.

Macy Urbanosky and Mackenzie Beard are the two Texans. Olivia Perkins of Columbus, Georgia and Megan All of Sorrento, Florida round out the squad of riders. Mississippi College’s Lady Choctaws are among more than 400 collegiate equestrian teams in the USA.