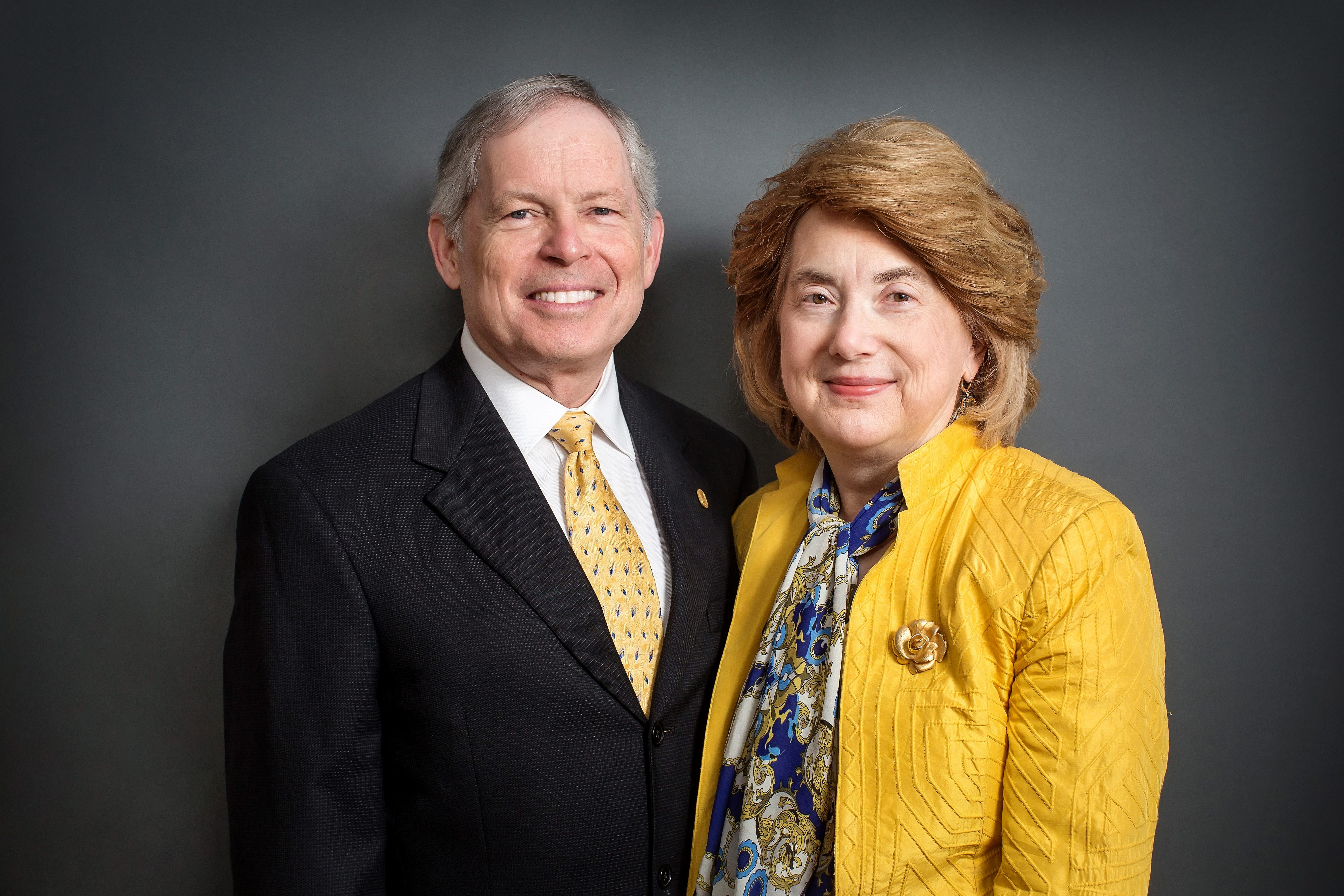 A sea of admirers poured on the praises for retiring Mississippi College President Lee and Rhoda Royce.

The salute to the Royces comes after 16 years of splendid service at the Baptist-affiliated university.

“Sunday’s ceremony was a poignant reminder of the profound and lasting influence that Dr. and Mrs. Royce have had on the university and surrounding community,” said Jonathan Randle, dean of the School of Humanities and Social Sciences.

“To realize that Mississippi and civic leaders were equally as thankful as students, faculty and staff was a significant insight into the Royces’ faithful service,” added Randle, an MC graduate. “It speaks to their leadership beyond the boundaries of the Clinton campus.”

Mississippi House Speaker Philip Gunn of Clinton, state Sen. Hillman Frazier of Jackson, and Mayor Phil Fisher all endorsed the performance of the Royces. The public officials thanked them for striving to make MC a shining star in higher education circles. Now in its 192nd year, Mississippi College also received high marks for being an integral part of the metro Jackson community.

Senator Frazier, whose district spans MC, has observed many college presidents as a Mississippi lawmaker for decades.

“Dr. Royce stands out as one of the best I’ve ever known,” Frazier said. “He’s the Rolls Royce of college presidents. MC and the State of Mississippi are better because of the hard work and dedication of Dr. Royce. He is respected by everyone whose life he has touched.”

A Mississippi College diploma has more value today than ever, say graduates like Rebecca McCarty of the Class of 2004. And the former president of the MC Alumni Association believes the Royce era deserves a good bit of the credit.

It was a wonderful tribute on April 15 as the Mississippi College Singers performed the hymn “Be Thou My Vision” under the direction of professor Mark Nabholz. Benjamin Williams, an MC music professor, arranged the piece in honor of Dr. Royce, who cherishes its words.

When it was the Royces turn to speak, they thanked members of the university’s family for their support as well as God’s blessings upon Mississippi College.

During his administration, MC enrollment soared from 3,200 students to nearly 5,200 in 2018. The MC budget has nearly doubled, the university enjoyed a construction renaissance, and the institution added new academic programs. Created in 2011, MC’s Physician Assistant Program became the first in the state. The school’s national recognition continues to grow in “U.S. News & World Report” and other publications.

President Royce’s faithful service was evident on the main campus in Clinton and at the MC School of Law in Jackson. He and his wife, Rhoda, were beloved by students, faculty, staff and alumni.

“He supported our building and construction plans, encouraged the expansion of our domestic and international programs, participated in our fundraising and attended our events,” said MC Law Dean Emeritus Jim Rosenblatt. “He truly is a great university president.”

Among the honors coming his way, the Royce Medical Science Building along College Street is named for MC’s 19th president. Recently dedicated, the Rhoda Royce Prayer Garden near Alumni Hall gives visitors a quiet place to draw nearer to God. Dr. Royce will gain the title of President Emeritus when he retires later this spring.

Expressing his gratitude to hundreds of visitors Sunday, Dr. Royce touched on the passage from Philippians 1:3. “I thank my God upon every remembrance of you.”

After the warm response from so many well-wishers, President Royce said it has been “an extraordinary privilege to hear from you. We give you the thanks and God the glory.”