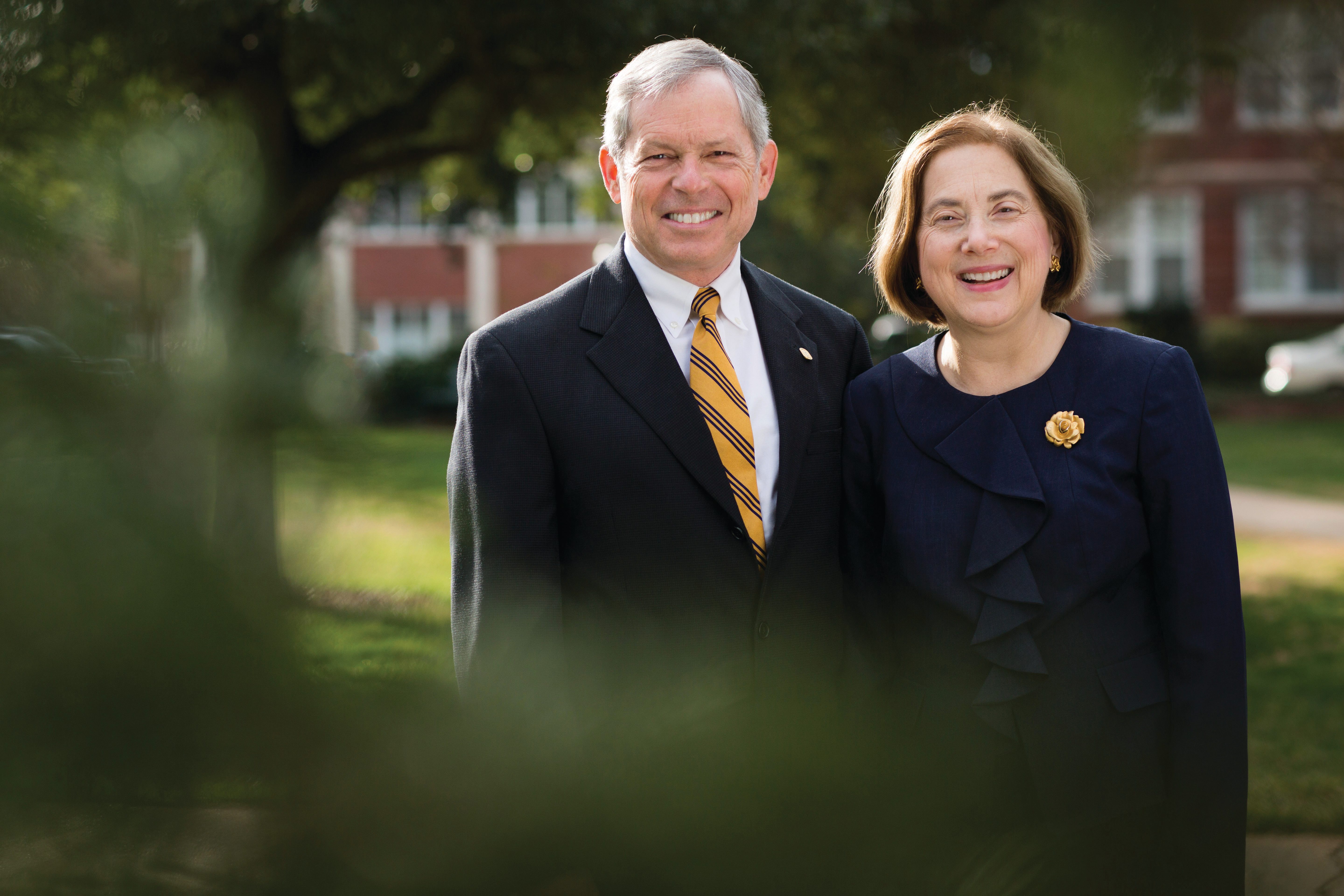 In many ways, 2018 will mark a significant milestone in the life of the Mississippi College family.

Topping the agenda by the spring, MC trustees will wrap up a national search and select a successor to retiring President Lee Royce.

To say the least, it’s a challenging assignment. A tough act to follow, President Royce steps down in May 2018 after providing 16 splendid years of service as the institution’s leader. Hefty enrollment growth, a strong surge in the school’s financial picture, and a facilities renaissance are hallmarks of his administration since 2002.

A wave of new academic programs will continue during the final few months of his successful administration. New initiatives in nursing, business and education are heating up as winter turns to spring.

While Dr. Royce will be actively engaged until his final day on the job in Nelson Hall, a presidential search committee of MC trustees is working hard, too. The Faculty Council president, the chair of the university’s Foundation and a national search firm will be assisting.

A Mississippi College website will give university constituents the latest updates on the process. Lauded by “U.S. News & World Report” as the 12th Best Value among the South’s regional universities, Mississippi College remains a highly attractive institution for the school’s next leader.

Under President Royce’s leadership, enrollment jumped from 3,200 to nearly 5,200 today. International enrollment rose dramatically from nine students to nearly 270 students. They come to the Clinton campus from 43 nations, led by China, India, Saudi Arabia and Nepal. The school budget nearly doubled to $75.5 million. What began as a $65 million Growing the Vision campaign raised $87.4 million for scholarships, facilities, a bigger endowment and academic needs.

At the 192-year-old university, Royce noted more than 1,100 MC students made first time professions of faith in Jesus Christ. At the 182nd meeting of the Mississippi Baptist Convention in Jackson, Dr. Royce thanked Baptists in November for their tremendous support of the Clinton-based university for well over a century.

MC’s new leader guiding the main campus in Clinton and School of Law in Jackson should be in place for the institution’s 2018-19 academic year. Founded as Hampstead Academy in 1826, MC celebrates its 200th anniversary in 2026.

Finding a dynamic leader with all the superlatives of Lee Royce will be a formidable task, says Ron Howard, the vice president of academic affairs. “Dr. Royce will never be replaced.” And the same holds true for his wife, Rhoda Royce, the other key part of Team Royce, he added.

Blue Mountain, William Carey University, and MC worked well together and are much better off today because of his influence as a Christian leader, she added.

The Council for the Advancement and Support of Education honored Dr. Royce in Orlando as the No. 1 administrator in the Southeast a few years ago. He’s been named the Clinton Citizen of the Year. Mississippi Baptist Convention officials honored him, too.

The university’s solid partnership with Clinton will continue on solid footing over the next few months. The Royce Era isn’t ending quietly.

Among new programs in the pipeline: the MC School of Business launches its master of accountancy degree in Fall 2018. The program will be the first one in the Magnolia State that’s completely on-line. It is designed for people already on the job. The new Center of Entrepreneurship is a gem at Self Hall being named for retired MC business professor Lloyd Roberts of Clinton.

The MC School of Nursing is bursting at the seams with 140 RN-BSN nursing students enrolled now and more coming in January. Numbers may approach 200 students by May 2018. A new group of online faculty is being recruited to meet the latest online delivery demands, says Nursing Dean Kimberly Sharp. A new offering called Christian Counseling is on the fast track in the School of Education.

There are several key dates on the Mississippi College calendar in 2018. The 40th annual Shakespeare Festival is set for April and so is the Spring Scholarship Dinner. Over the years, the scholarship dinners have raised more than $3 million to assist students at Mississippi College. The International Festival showcasing the talents of students from many nations is always a delightful spring evening to celebrate the outreach of America’s second oldest Baptist college around the globe. In the sports arena, the MC Lady Choctaws play ball and defend their 2017 Gulf South Conference Championship triumph. On & off athletic fields, supporters of the Blue & Gold envision a vibrant 2018 for Mississippi College.