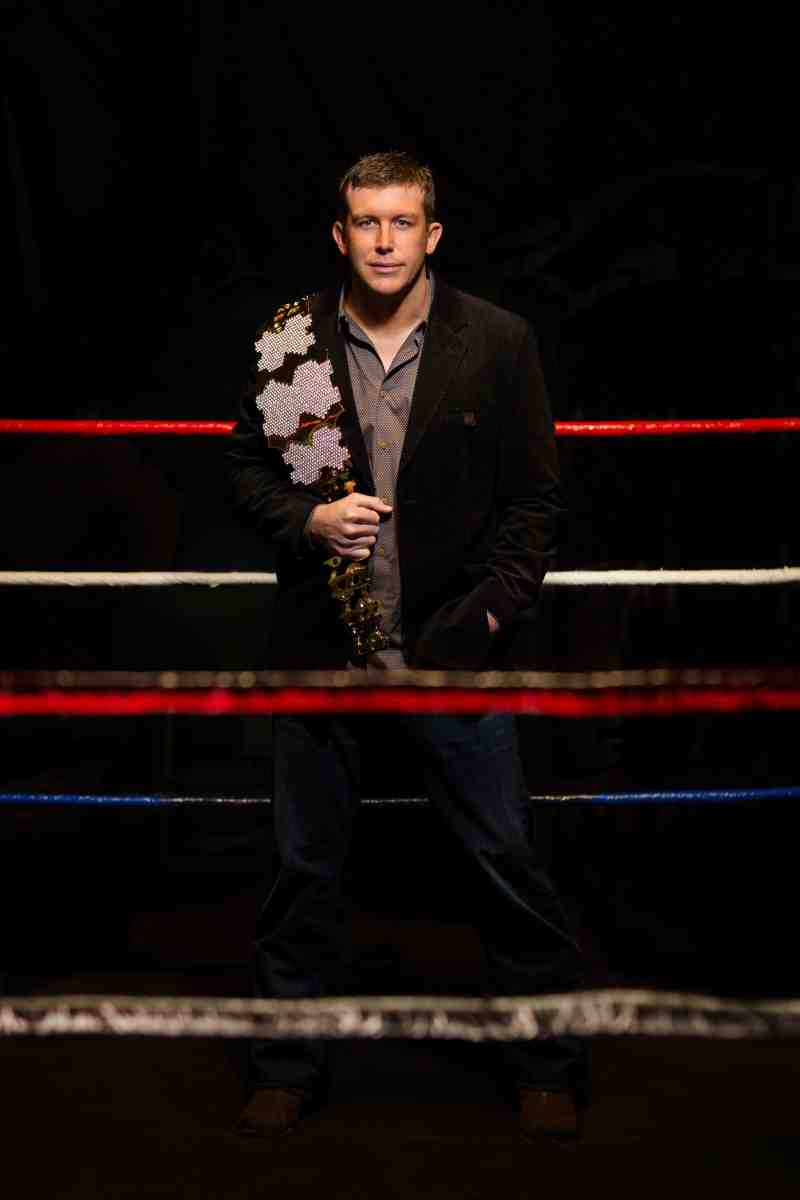 A former pro wrestler who stays on fire for God, Teddy DiBiase, Jr. will serve as the August 3 commencement speaker at Mississippi College.

Call it a Homecoming of sorts because DiBiase, a 2006 MC graduate, will return to his alma mater to address the Class of 2019.

There will be nearly 200 students expected to receive degrees at 10 a.m. commencement ceremonies that Saturday at the A.E. Wood Coliseum.

MC supporters are pretty familiar with the exploits of the talented guest speaker.

Teddy played football and soccer as an MC Choctaw, while hitting the books to receive a degree in business administration. His father, Ted DiBiase, Sr. earned fame in the pro wrestling circuit as the notorious “Million Dollar Man.” World Wrestling Entertainment officials called his dad its “most despised villain of the 1980s.”

Honing his craft at Harley Race’s Wrestling Academy in Missouri, the younger DiBiase took his bumps and bruises as he entertained WWE crowds for several years.

“You had to be a disciplined athlete, and while wrestling is acting, the pain is very real,” the Mississippi College grad said in a 2014 cover story in “Beacon,” the Christian university’s alumni magazine. “Hitting those ropes left me black and blue.”

In August 2013, DiBiase hung up his Speedo and retired from the pro wrestling game where he spent an average of 290 nights per year on the road. He’s been involved in supporting a charitable foundation, the Ted DiBiase Foundation, and later a charity known as HopeSpot in recent years. He’s also partnered with a  New York City-based company that pioneers the concept of wellness certification in building projects.

“I stepped out of the ring on faith and trusted that God would provide for my wife, and our son,” Teddy said in the “Beacon” story. “When I finally gave it up, God opened the floodgates. He opened doors left and right.”

At the August 3 commencement on the Clinton campus, there will be degrees awarded to about 192 students. That includes 54 undergraduates, four students at the MC School of Law in Jackson, and 134 degree candidates in the Graduate School.