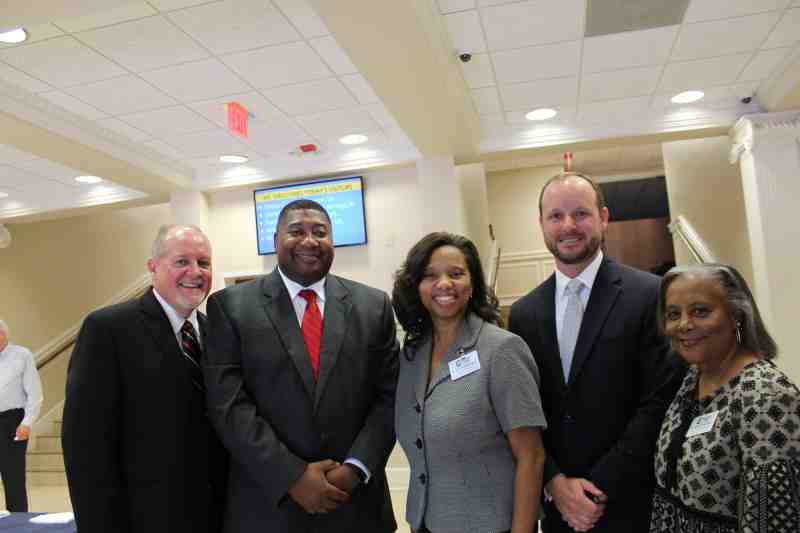 Like many faces in the crowd on August 1 at Mississippi College’s Swor Auditorium, Goins is a proud MC graduate. He earned his specialist degree at the Christian university’s School of Education.

More than 60 percent of the employees in Clinton public schools are Mississippi College graduates. The numbers seem to grow each year. Impressed by the quality of MC graduates, Clinton leaders make it a habit to attend the institution’s Career Day each February to recruit students.

The Convocation’s keynote speaker, Superintendent Tim Martin possesses three Mississippi College degrees. He earned his bachelor’s and master’s in elementary education and a doctorate in curriculum and instruction.

Leading one of Mississippi’s premier districts since July 2017, Dr. Martin has also served as an adjunct instructor at the MC School of Education. He’s worked effectively as an administrator in the Clinton district since 2000.

When Martin was named in April 2017 to succeed retiring Clinton Superintendent Phil Burchfield, Melton pointed out the new leader’s strengths.

More than a year later, that’s not changed. And the same holds true for the Clinton district that remains among Mississippi’s very best.

“This is like being back at home,” Taylor said of his Mississippi College visit on another warm summer day.

Taylor supports both MC Choctaws and Clinton Arrows teams. The Clinton High graduate will coach his son, Brandon, on the junior high basketball squad during the 2018-19 season.

Others cheering for the Blue & Gold along with the Arrows include Mississippi College graduate Lee Martin. He’s an assistant football coach at Clinton High.