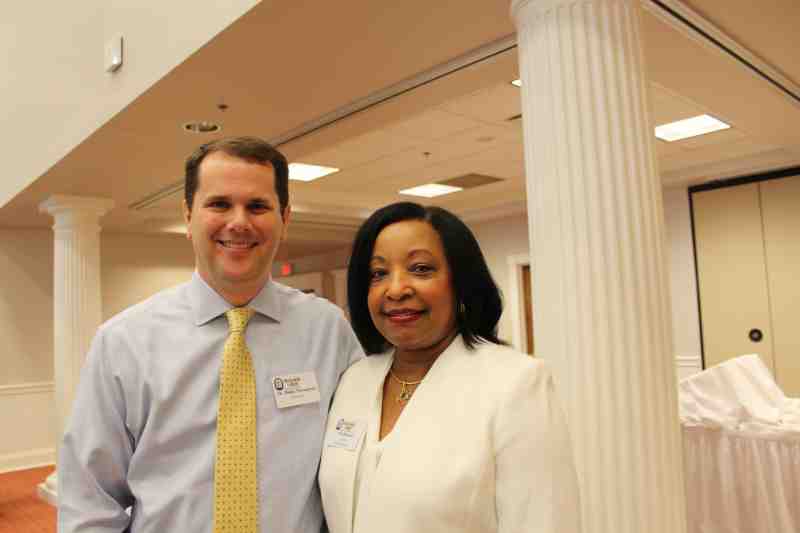 A stellar group of judges and lawyers shared decades of professional experiences with the Class of 2021 at the Mississippi College Law School.

On MC’s Clinton campus, there were 125 first-year law students from 22 states attending orientation activities on August 7. The law students come from across the Southeast as well as states as far away as Utah, Montana, Pennsylvania, Arizona and New York.

Each year, the Mississippi Bar Association sponsors the James O. Dukes Professionalism program for first-year students at MC and the University of Mississippi law schools. The Mississippi College Law program runs through August 10.

Making MC Law her choice was a relatively easy decision for LaBria Barnes, 22, of Port Gibson. Coming from a small Southwest Mississippi town in Jefferson County, she liked the close-knit family atmosphere at the law school in Jackson. “It felt like home,” said the 2018 Alcorn State University graduate. A legal career in criminal justice could be in the future for the Port Gibson High graduate.

For several hours Tuesday, Barnes soaked up ideas from a parade of speakers following a luncheon at Anderson Hall. She enjoyed getting to make new friends with people like first-year student Chelsea Barnum, 24, of Picayune. A 2016 University of Southern Mississippi graduate, Barnum enrolled at MC Law after working in the banking business.

Sheridan Snell of Clinton applied to MC Law School in downtown Jackson because she could get a first-rate education just a few miles from home. Getting accepted at law school will open career doors for Snell, a 2018 Tougaloo College graduate.

Some MC Law newcomers already know one another. They include first-year students Erin McManus of Vacherie, Louisiana, and Carsyn Smallwood of Alexandria, Louisiana. Both are recent graduates of the University of Louisiana at Monroe. Second-year student Olivia Sage of Alexandria, La. is also a graduate of UL-Monroe.

It should be a very busy 12 months for Dean Bennett. The Clinton resident juggles duties as MC Law dean with leadership responsibilities for one year as president of the Mississippi Bar Association.