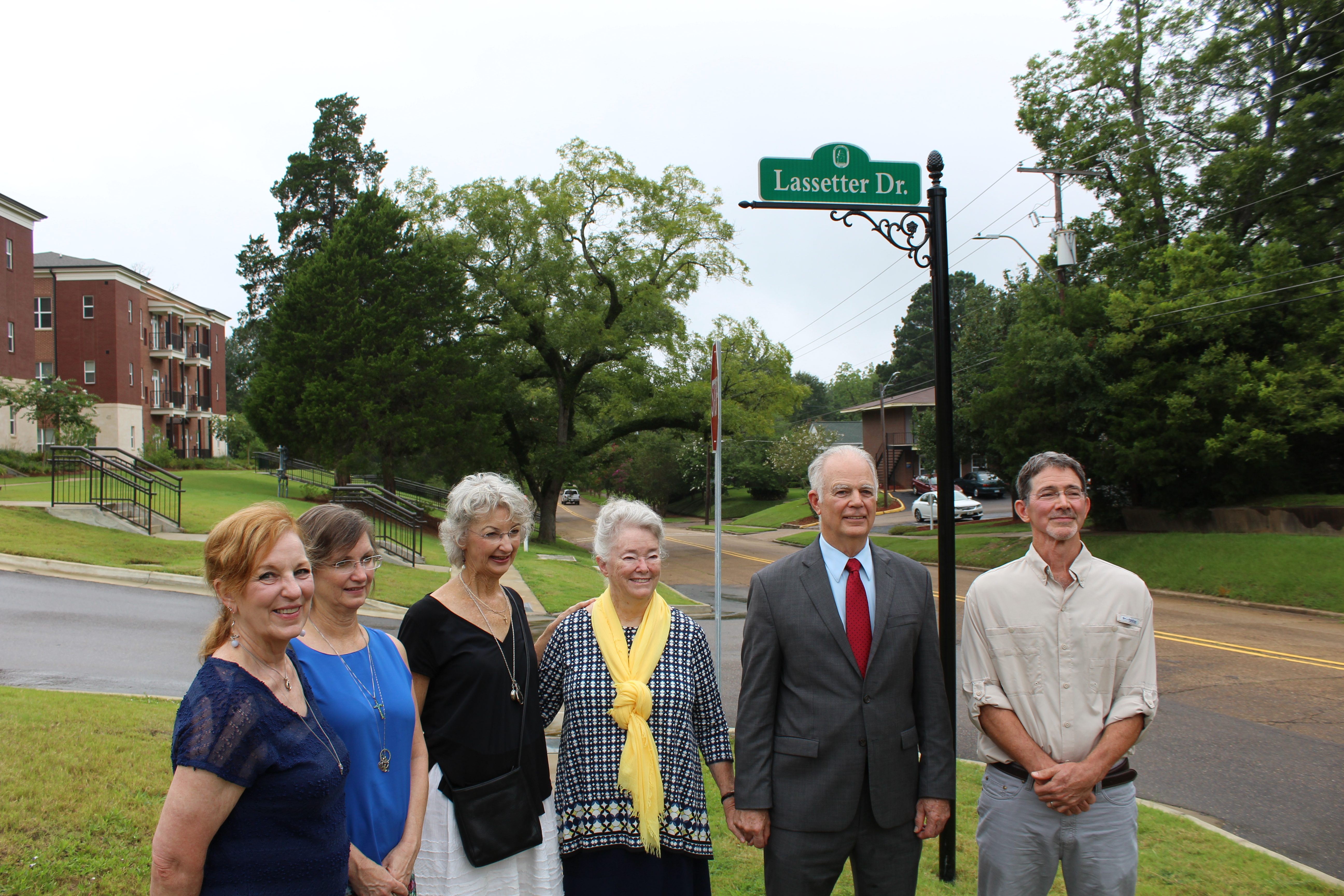 John Lassetter remained passionate about sports, his lifelong career as an educator and his alma mater, Mississippi College.

On July 25, MC leaders recognized his stellar contributions by dedicating Lassetter Drive in his honor on the Clinton campus.

The Mississippian guided many young people along the right path as principal or superintendent of Clinton High, then part of Hinds County schools.

“Daddy was a firm disciplinarian,” recalls his son, Stuart Lassetter of Clinton.

An extraordinary student-athlete who lettered in five sports at MC, Lassetter enjoyed success as a coach. Teaching in the Phillipines early in his career, he also became the tennis champion of Manila. He was always pretty speedy when running half-mile and five-mile races.

The 5’6” tall Lassetter also showed enormous strength as a Mississippi College educator. He taught summer classes to Navy men attending MC to step up their training and leadership skills during World War II. He’s been nicknamed “Prof” because he taught at MC.

“Dad was a consummate people person,” Stuart Lassetter said at the ceremonies that stayed on track despite the summer rain. “He loved his family and the classroom.”

While retired, Prof Lassetter taught in the Jackson public schools in the 1960s and early 1970s. He worked into his late 80s as a parking lot attendant at the Baptist Bookstore in downtown Jackson.

Lassetter Drive replaces the former Lassetter Street sign that once stood in the Clinton neighborhood through the 1930s. It eventually disappeared from Clinton’s city maps.

The sign is located nearby the “Principal’s House,” where Lassetter lived for years with his wife and children. The property today houses modern residence halls, art studios for graduate students and the Christian university’s band hall.

John M. Lassetter has received other notable honors during his lifetime. He’s been selected to the Mississippi College Sports Hall of Fame and was named Clinton’s Citizen of the Year.