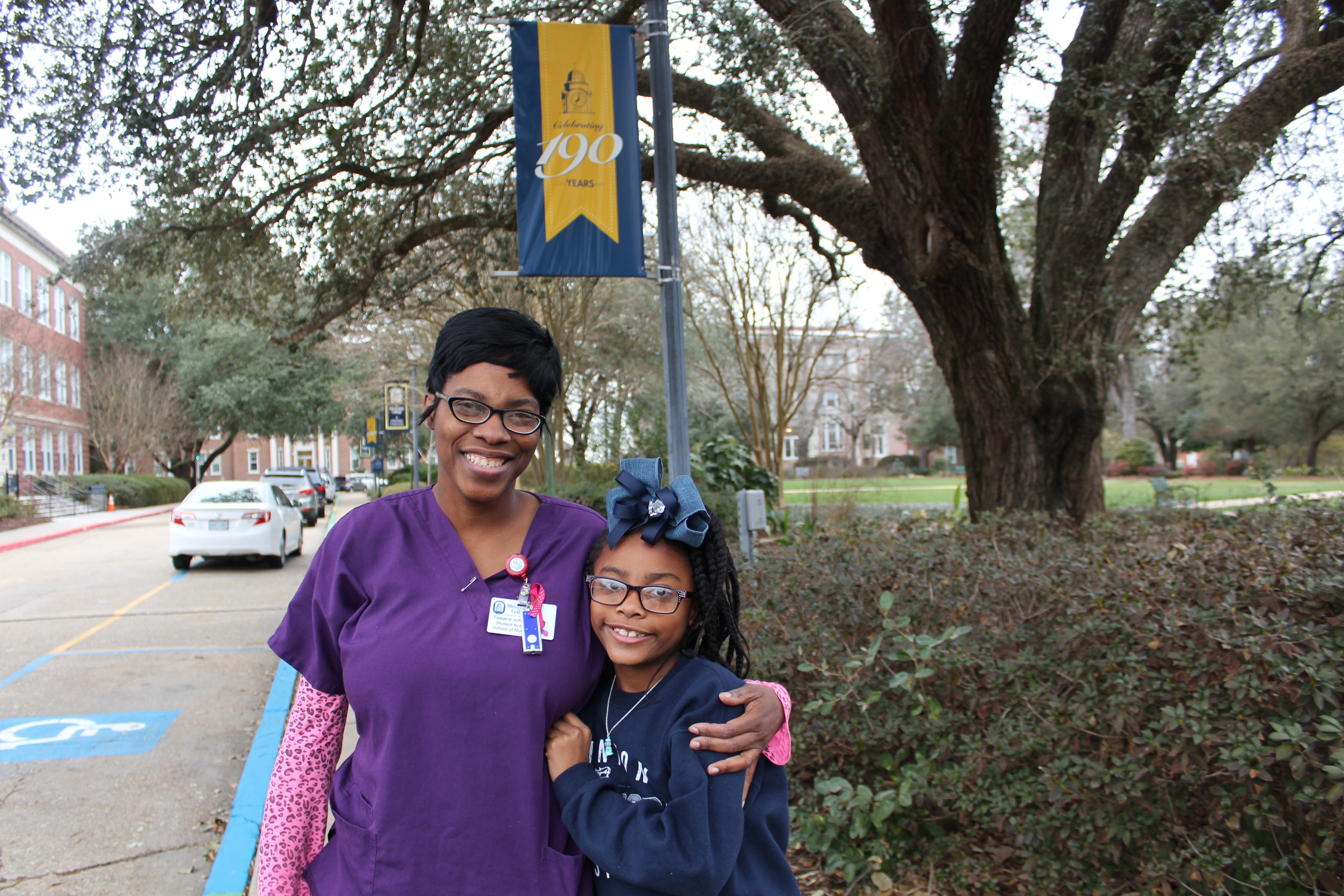 As a teen, Tewana Johnson was badly injured in a car accident. Thanks to medical professionals, the 14-year-old recovered from a broken left leg and learned to walk again.

The comeback from a painful injury inspired Johnson to become a nurse. The 36-year-old Bolton resident is well on her way to receive her nursing degree at Mississippi College in December 2018.

For her academic accomplishments and desire to succeed in the profession, the MC student earned a major honor from the Mississippi Nurses Foundation. Tewana received the Award of HOPE Book Scholarship. HOPE stands for Helping Other People Excel.

The foundation award is named in memory of Earlene “Bobbie” Bradley and Allie Mae Fletcher, who both did much in their hometowns of Kosciusko and remained devoted to their families. The award comes with a $250 scholarship.

Tewana penned an essay detailing her decision to become a nurse following the car mishap more than two decades ago. Now her daughter, Taylar Rai Johnson, 8, a student at Clinton Christian Academy, wants to become a nurse, too.

Recovering from her broken leg, Tewana recalls how compassionate Mississippi nurses were amid her day to day struggles. “They had a willingness to help me walk again.” As a teenager full of energy, hope and promise, she had to undergo months of physical therapy.

The Hinds County resident is presently enrolled in her second semester at the Mississippi College School of Nursing. She earned her bachelor’s degree at MC in kinesiology in 2004. Tewana is a 1999 Clinton High School graduate.

Getting the Mississippi Nurses Foundation scholarship helped pay for her books this semester on the Clinton campus.

Tewana stayed pretty persistent about her hopes of entering the nursing field despite a series of disappointments. The MC student tried to get into nursing school for six years before she was finally accepted.

She’s evidently been called into the right profession in America’s poorest state.

“I have always had a passion for taking care of people,” Johnson said. “My mother and I took care of my great-grandfather for five years until his death at 99 years of age.”

Prayer also helped guide her career path. “I am a firm believer that if you are close to God and pray to God to give you an answer, He will in His own time.”

Her career goal is to work in a rural area where nurses are needed the most.

After getting her Mississippi College nursing degree, she wants to work for a couple of years and then continue her studies. She dreams of earning her degree as a nurse anesthetist and go to work in a small town. “I know how undeserving these types of communities can be because I grew up there.”